An expression of gratitude.

Passion overflows in the fire service in forms of pride, dedication, commitment and sacrifice. Modern society with our "overwhelming" connection to media has pros and cons. The ability to share your passion is certainly on the positive side of the coin. Fire Engineering is certainly a leader in fire service training, news and information. Add to their repertoire developing the next generation of Firefighters, Officers, Instructors and Leaders. This training community is a testament to this… 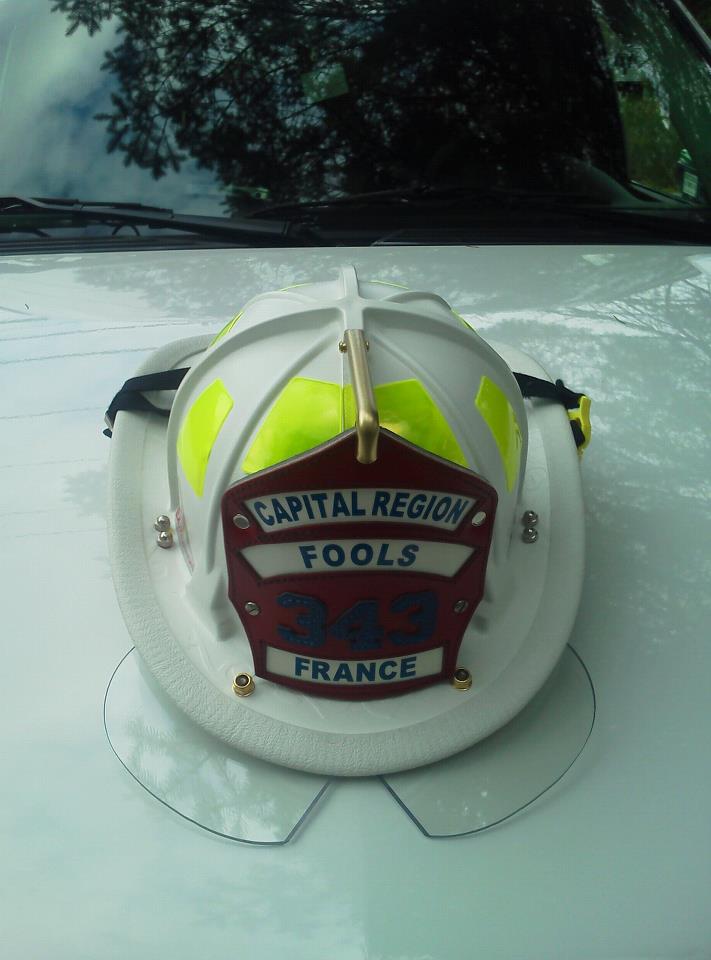 As I had stated in a prevoius blog, The best thing that I had ever done was to join the "FOOLS", thanks in part to my good Friend Jeff Schwering , even thou Jeff and i have never met face to face , we've formed a great friendship , bouncing Ideas off each other, discussing the everyday rants we face as Officers  and just being there when we needed to blow off…

Welcome to my first post of Fire Engineering’s Blog Talk radio show – The P.J. Norwood show. I am sorry to disappoint some you but there will be no skits, song parodies and top ten lists!

My new show will be specifically centered on the great Penwell/Fire Engineering authors. The authors and instructors that you have read their books, articles, training DVD’s and sat in their classrooms year after year at FDIC.

Train, train, and then train some more, so when experience hands you that test...
you're ready!

Training is such a vital part of our work.
I hear firefighters complaining about having to train, and passing up opportunities to train.
Unfathomable!!  They want to play, but they don't want to… You gotta love those frequent flyers!

Buy a print of this illustration:
http://artstudioseven.com/page-fire-ems-prints.htm

It is in great sadness that we as a Brotherhood post the 39th Line Of Duty Death in 2012 from the United States Fire Administration. Fellow Firefighter & Chief George Davis has made the ultimate sacrifice in love for their fellow man. Our sincerest condolences go out to his family and members of the Hollis Fire Department.

Many jurisdictions have an area that contains heavy commercial or light industrial occupancies that is commonly called an “industrial park” or “business park”. Often times these areas have buildings with large square footages and outdoor storage and loading areas. The…

We Take Care of Our Own

As a person who has been in the Fire Service for more than 25 years , i have seen some things that we used to do and Now we do not do many of those things . The days of "WE" are growing very short ,it is now all about "ME", i'm reminded of a Former Chief of mine always correcting me , saying there is no "I" in "WE" and boy was he ever so right , but the funny thing was he never practiced what he preached me.

What makes a good exercise for firefighters?  Any?  All?  Well, if you want to get technical then "yes and yes."  Today I want to give a quick upgrade for the row movement, firefighters, emts, and paramedics are asked to lift heavy things in akward and unbalanced situations.  Keeping this in mind, I often ask firefighters how and if the exercises that they perform on a regular basis challenge their balance, strength and core.  The DB Row is a great exercise and with a few manipulations can…

When you see this post’s title you may wonder, when would I need to do that.  The scenario is a rare one, however, what if a school bus crash causes significant crumpling of the roof effectively trapping the driver and students that are towards the front of the bus.  Here’s an option for school bus roof removal involving a coordinated effort with firefighters and a heavy wrecker. 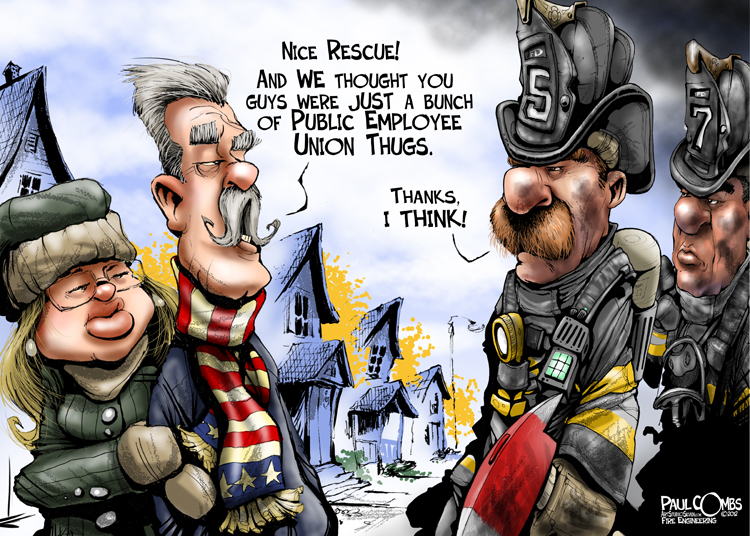 My first June commentary speaks to the perception that firefighters are not worth the money and benefits they have fought so hard to obtain - and to the epiphany when the contrary is realized.

In short, last November Ohio defeated SB5 which would have severely limited the bargaining procedures of public employee unions. This only after a lofty battle…

How Do You Communicate?

This post came to me while continuing to design my class for the South Atlantic Fire Expo later this summer. I have always been a huge proponent of calm radio traffic. The calmer the traffic the better the incident generally goes. Sure I have yelled on the radio, sure I have said some dumb stuff on the radio, but with experience comes a calm radio demeanor. This expectation isn't just for the officer either, it should be for everyone who has a radio. These days audio is broadcast and…

There is an argument being made that we cannot have a safe fire ground. This job, inherently filled with risk, will never see a day where everyone goes home. Can we find middle ground where safety and our duty receive equal treatment? Life is overflowing with risk and we perform life altering/ending actions on a daily basis just as human beings. Life as a Fire Service professional gives us a different perspective. We have training and education to handle when those risks of living life catch…

We are Fathers, we are sons, we are Firefighters.

A romance for firefighting begins in each one of us, just as unique as those involved. Our stories are diverse, similar, extraordinary or maybe just ours. My love affair with this calling, the Fire Service, is not special or enthralling, it is just mine. 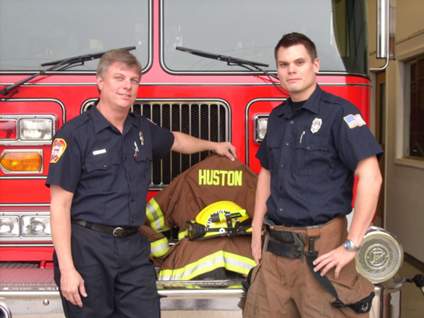 Sunday is Fathers Day. Some will mark the occasion possibly by serving breakfast in bed or a family cookout. My life has not led me down the path of parenthood in the traditional sense; our puppies are my "kids", so Fathers…

Here is one of our instructors from Engine House Training, LLC showing some very simple techniques for webbing storage.   He is going to be running a series for different uses of webbing, so stay tuned!

A few weeks ago Andrew Brassard started a discussion via email about meat grinder rescue.  Below are some pictures and a couple points to ponder on this type of extraction from Brass.  Be sure to check out the Brotherhood Instructors LLC Man-In-Machine Operations class and find more training materials here.

As you may or may not know, I'm a faculty member at a local Fire Science Bachelors program.  Currently, I'm in the process of designing a new class for our program about Fire Service Personnel Dynamics.  I find the topic fascinating, because the more you travel around and meet firefighters, the more you see how each department's culture is as different as it's equipment.  Some places everyone loves to promote, and other places people want to ride the back…

The Quiet Voice of Seniority

Unless you shut your trap, it's a voice that can easily be drowned out among the others at the firehouse.  Amid the cacophony of noise in the kitchen of the firehouse, I was privy to a conversation today with one of the most senior firefighters in my department.  Needless to say, it left an impact on me, not so much in what he said as how he said it.  His emotion, choice of words, patient manner, and friendly demeanor spoke volumes about his character.

In a department the size of mine…

It is in great sadness that we as a Brotherhood post the 38th Line Of Duty Death in 2012 from the United States Fire Administration. Fellow Firefighter & Asst. Chief Donald Suggs has made the ultimate sacrifice in love for their fellow man. Our sincerest condolences go out to his family and members of theSummerville Fire and Rescue Department.