Every time your company hits the street whether it's for a fire call, ems run, or training opportunities almost always present themselves to identify potential hazards in your area. This is especially true for hoarding conditions. As discussed in the previous post many size-up indicators of hoarding conditions can be easily found especially with contents that seem to "flow" from the structure. However no two scenes are ever the same, especially in differing urban and suburban environments, and the potential for hazards including but not limited to hoarding conditions is limitless. In suburban environments for example a home can be set back from the street well into the property with no curbside view of the home. In urban cases you may only have a small apartment that might present with just a one or two window curbside view in a myriad of possibilities of construction and legality. Combine any scenario with the fact that many occupants go out of their way to hide the mess they have literally built up over the years and you may not have the obvious indicators previously discussed. How about signs of recent occupancy in these cases or a neighbor on scene that states they haven't seen the occupant "in a while"? The use of pre-planning and knowing your first due response area inside and out can pay dividends. Every time you arrive at an incident whether its a working incident, medical or a simple public assist take in everything around. En route, during and after the incident you may observe conditions or hazards that may be worth mentioning or investigating pertaining to the current incident or for pre-planning measures. Being on scene for an incident you may have access to a better view of a neighborhood or piece of property that you might not have otherwise had access to, take a moment to capitalize on that for any potential incidents in the future.

Although a single photo can only provide a one dimensional view to a multi dimensional scene, the photos below were taken as great examples of some "outside the box" Indicators to present hoarding conditions and signs of a high probability of current occupancy.

In this photo a few hoarding condition indicators stand out in the rear of this building, however all of them could easily be missed if a thorough 360 size-up is not performed. It takes only a moment and we gather the following from just one brief look at this side of the structure. For a start we see that most if not all of the windows blinds and drapes are closed, even on the rear side of the structure. Obvious random assortments of clutter including luggage and cleaning materials are blocking access and egress to the fire escape, as well as adding to forcible entry concerns. Also just from a one dimensional perspective based on the photo, there are no leaves on the trees, if this is a colder time of year the chances of someone moving out and cleaning the property are minimal. The time of year would be easier to gauge for the actual companies operating on scene but is something to keep in mind. All of the mentioned Indicators and the possibility for present hoarding conditions should be relayed to the companies operating including the IC. The next two photos show signs of hoarding indicators as well as signs of present occupancy. Whether you're performing your 360, your company is stretching an attack line, or your aggressively throwing ground ladders to the building be on the lookout for indicators such as these. Note the out of season mulch and yard supplies piled next to the structure covered in snow (although not a strong indicator by itself it should get you thinking). The household extension cord is casually being run from the exterior socket up the side of the apartment building and into a window to provide illegal power. It is difficult to see into the windows either from them being blocked off or covered and that several windows are in disrepair. Together these are strong indicators of not only present hoarding conditions but also most likely signs of occupancy as well. Members operating on the exterior need to relay this information to companies operating within the structure and to the IC as soon as they are found. Any time hazardous conditions such as these are found they need to be reported to your Fire Marshals Office or relevant authority as soon as possible to mitigate any life hazard. The use of pre-planning, medical and other non-fire related emergencies are common ways to come into contact with indicators such as these. 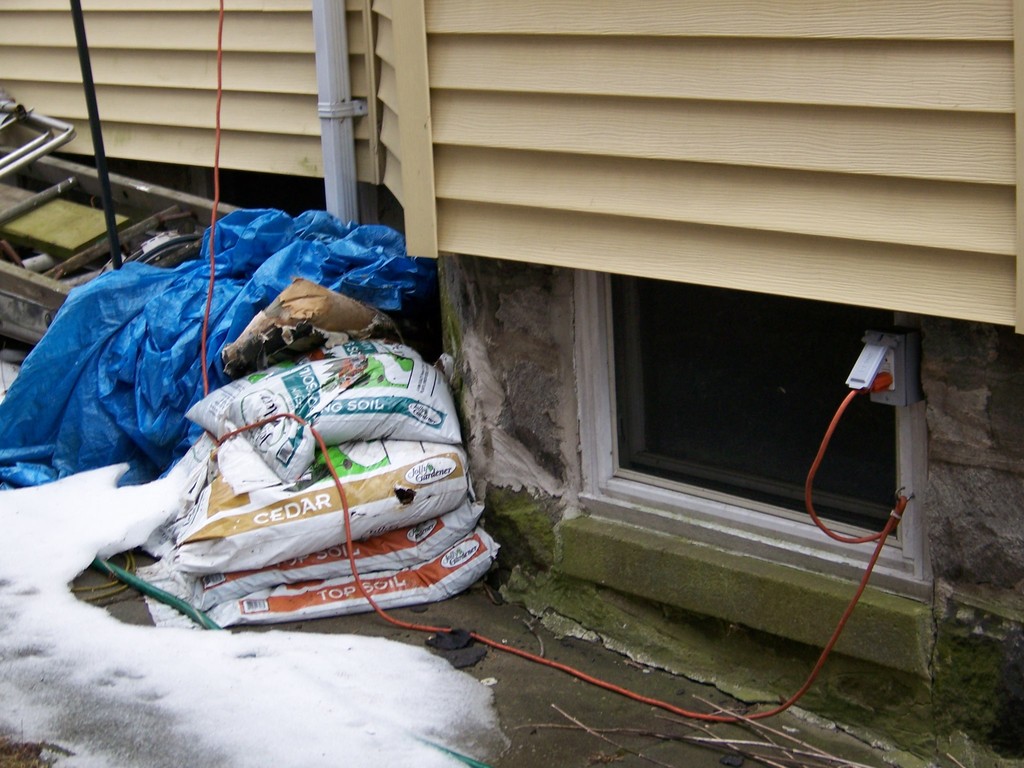 Below: Note the extension cord entering the covered window of the illegal occupancy. This home had actually suffered severe damage as a result of fire in the early 2000's. Operations were severely hampered by hoarding conditions. After the incident the property underwent a cleanup process, however hoarding conditions were found to be present once again years later on an unrelated emergency. In the photo below we see out of season snow removal shovels and materials as well as clutter on the front step that almost looks path like. The front window is open revealing clutter filling the living room. Working around the side of the house we notice clutter such as trash and random traffic cones stacked near the garage and rear of the home. Vines are also seen growing on the front, side and rear of the home and garage area. Most notably a late model van in disrepair packed full of clutter is parked in the driveway with grass growing around the tires and a ladder leaning against the drivers side indicating that it hasn't been used in a long time and is probably only used for storage. Take the time when arriving on scene to observe vehicles on or leading to the property, if they are packed with clutter, most likely the structure may be as well. As discussed the use of pre-planning and training within the communities we serve are some of the best opportunities we have as firefighters to see what awaits us on the street. These opportunities include a larger understanding of the challenges we might face as well as the ability to develop a tactical plan for target hazards within our communities. Target hazards in this case being structures with known hoarding conditions. Take a moment to get out and about in your response district to look for some of these indicators of hoarding conditions for your next company training. Use that time to discuss the individual dangers of each property you might find, discuss a strategy with your crew based on those findings. If possible make a note in your CAD or dispatch for any further incidents with what your crew came up with. This ensures other companies can share in and be made aware of your findings during a future incident and you can refer back to information as time goes on.