In the sports world there is an increasing awareness of collision induced concussions between football players, soccer players, kids on the playground and others engaged in contact sports other than dancing. There are many other ways to get a concussion. Some common ways include fights, falls, car crashes, and bike accidents. Concussions can also happen while participating in any sport or activity such as football, boxing, hockey, soccer, skiing, or… My very first encounter with Chief Alan Brunacini was not what I would have hoped for. I was attending my first FDIC and was sitting through a presentation on how to submit articles to become a Fire Engineering author. Being the introvert that I am, I naturally sat in the back row while taking notes. Chief Lasky had already set the fire under my tuchas two days earlier to…

Today we will discuss the Denver Fold and the New York Fold.

These two are my favorite folds.  They meet all of the criteria laid out in last weeks article.  They are broken down into 50’ sections, they fold easy, and they flake easy.  The deployment of both is practically the same.  If you want to see how to deploy them, and I recommend that, go to YouTube and search for the Denver Fold.  There are plenty of videos from different departments including Chief McGrail of Denver…

As much time that is involved in creating a musical masterpiece it is critical to have the knowledge and skill set to operate your equipment effectively.  Learning a new instrument takes time and practice.  Mistakes will be made and the end result is an unfinished, raw product.  However, over time and with more practice, you’ll be well on…

Those three little words. It's what citizens expect of you and your department. The citizens, that we took an oath for and swore to protect THEIR life and THEIR… 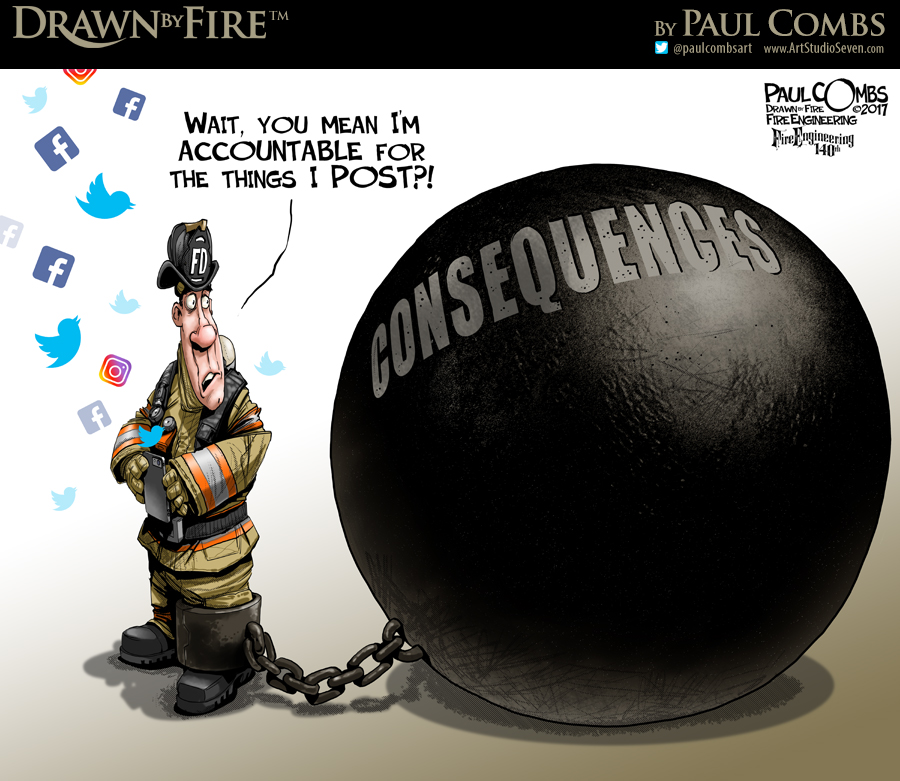 We are reading more and more situations where firefighters are getting reprimanded, suspended, and in some cases fired for what is being shared and posted on-line. It's a brave new world of social media horizons and we must realize that all actions have potential consequences - whether intentional or not. 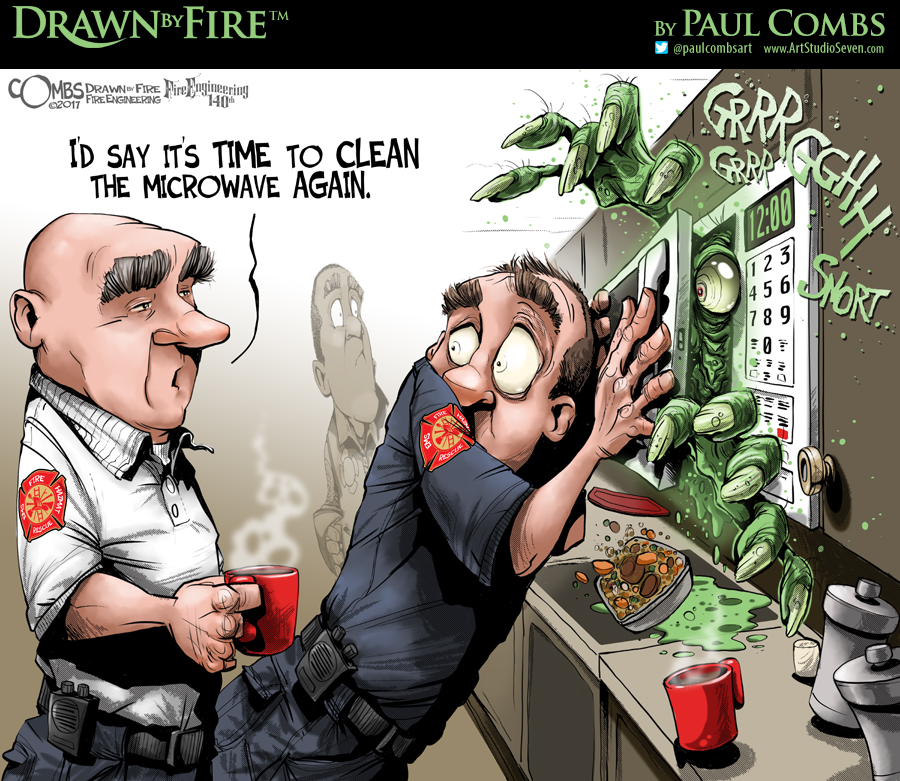 ...because what's life without a little Halloween silliness!

STAY FIRED UP, and keep it spooky.

MFA Tools and Rules: Worth Dying For?!

One of the more powerful sentiments I have been hearing and reading in response to suggested firefighting tactical improvements is that it is understood and expected that firefighters risk their lives in the course of their work, and that they need to put their self interests behind in order to save lives and property.  Essentially, the “suggestion”, typically provided in an admonishing tone, is that anything that gets in the way of interior operations constitutes…

What about the "E" in VEIS? 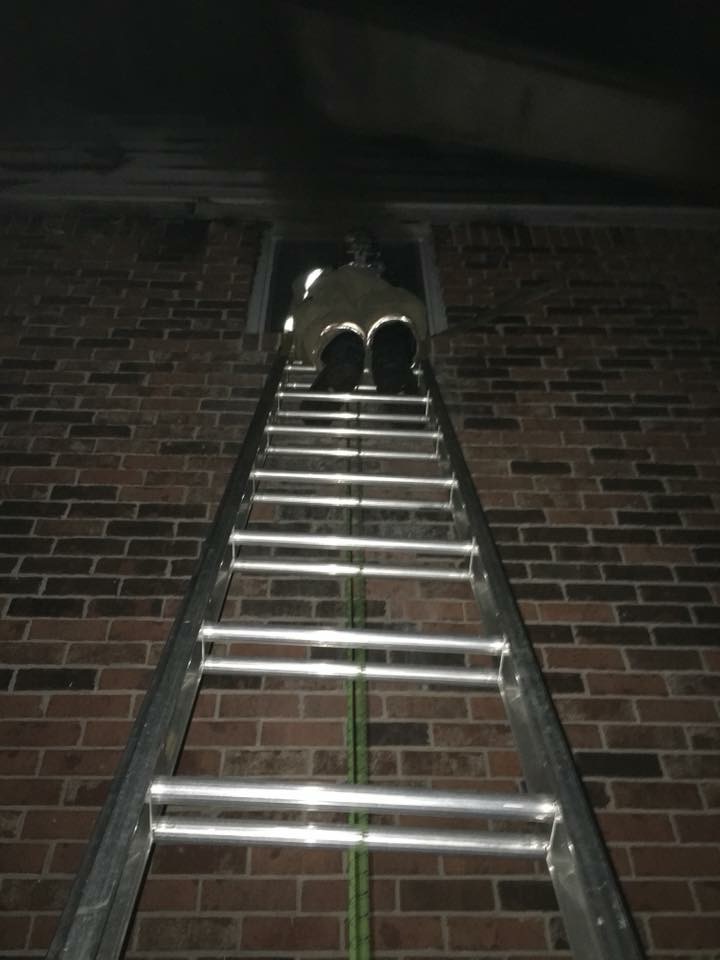 "The importance of analyzing our own human senses while we are in the fire environment is ever apparent. But is there some sort of sixth sense held by certain firefighters and fire officers? I am sure that you could recount many of your own stories here. These would be from past incidents in your careers that reflect an often eerie side of firefighting. Why did that firefighter tell us to move just prior…

Departments that have standpipe equipped buildings should put serious thought into choosing a standpipe pack.  The "we've always done it this way" mentality should not be a guiding factor.  There are multiple different options for standpipe packs. Some are good, some are bad.  Even the good ones have their positive and negative attributes.

There are a few attributes you want to consider when deciding what fold to use.

1. Lightweight - There is no one size…

Put Your Pride Aside!!!

“Jacks of all trades and masters of all”.  As firefighters, our charge is to ensure we live up to this incredible responsibility.  The vast array of highly specialized disciplines we must not only comprehend but also more importantly, be proficient with is no easy task.  Being an officer does not make them the very best at everything.  What do you think happens?  A firefighter wakes up the day of their promotion, puts on a light blue shirt and all of a sudden has a higher power of…

Farewell to the Chief

The fire service’s sensei has passed from this earth, having left us smarter, safer, and kinder.  Chief Alan Brunacini was a leader on many fronts, while remaining disarmingly, yet sincerely, humble.  Probably the best evidence of the range of his impact and influence will be the plethora of stories you will read from those who had the good fortune to cross his path and benefit from his wisdom.  My direct contact with him was meager, yet he provided me with substantial guidance…

The End of the Fire Service's "Killer B's"

Back in the early 1990s, the Pittsburgh Pirates had Barry Bonds, Bobby Boniilla and Jay Bell and we affectionately here in Pittsburgh, admired them as our “Killer Bs”. And later in the 1990’s, the Houston Astros also were known to have the “Killer Bs”, with Craig Biggio and Jeff Bagwell at the center of attention then. I am at the tail end of the baby boomer generation and I’ve always said that my generation yielded some of the best sports players of all time. I joined the fire service as… 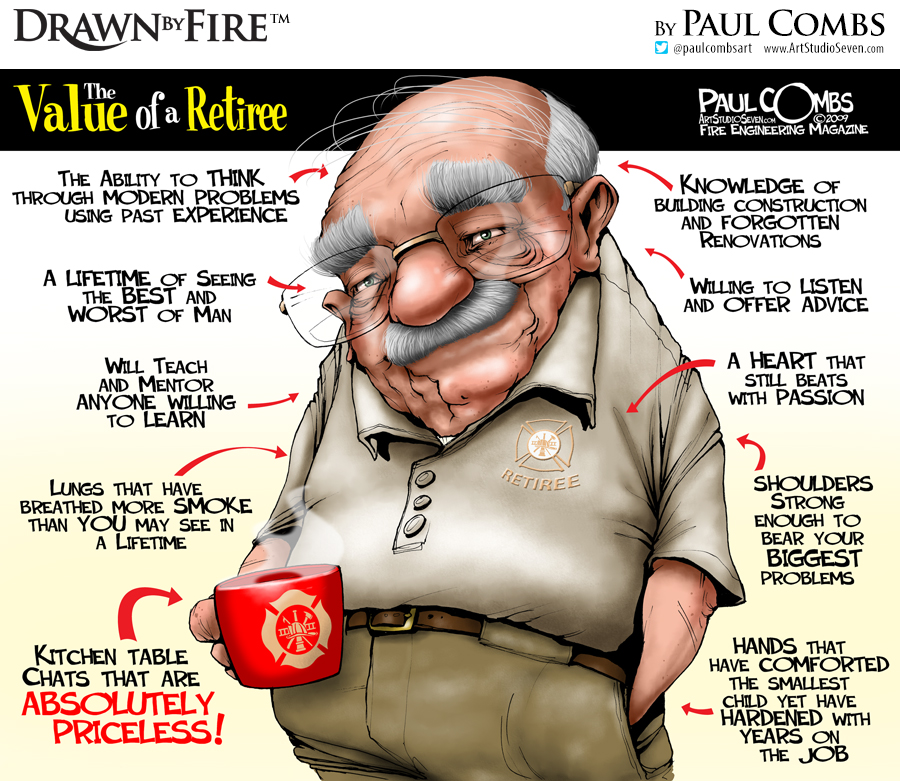 This cartoon was never meant to be a caricature of Chief Brunacini when I drew it in 2009, but he certainly inspired it (which is why I subconsciously drew a resemblance, I suppose). A few years ago he asked me about this cartoon and said I should…
Continue 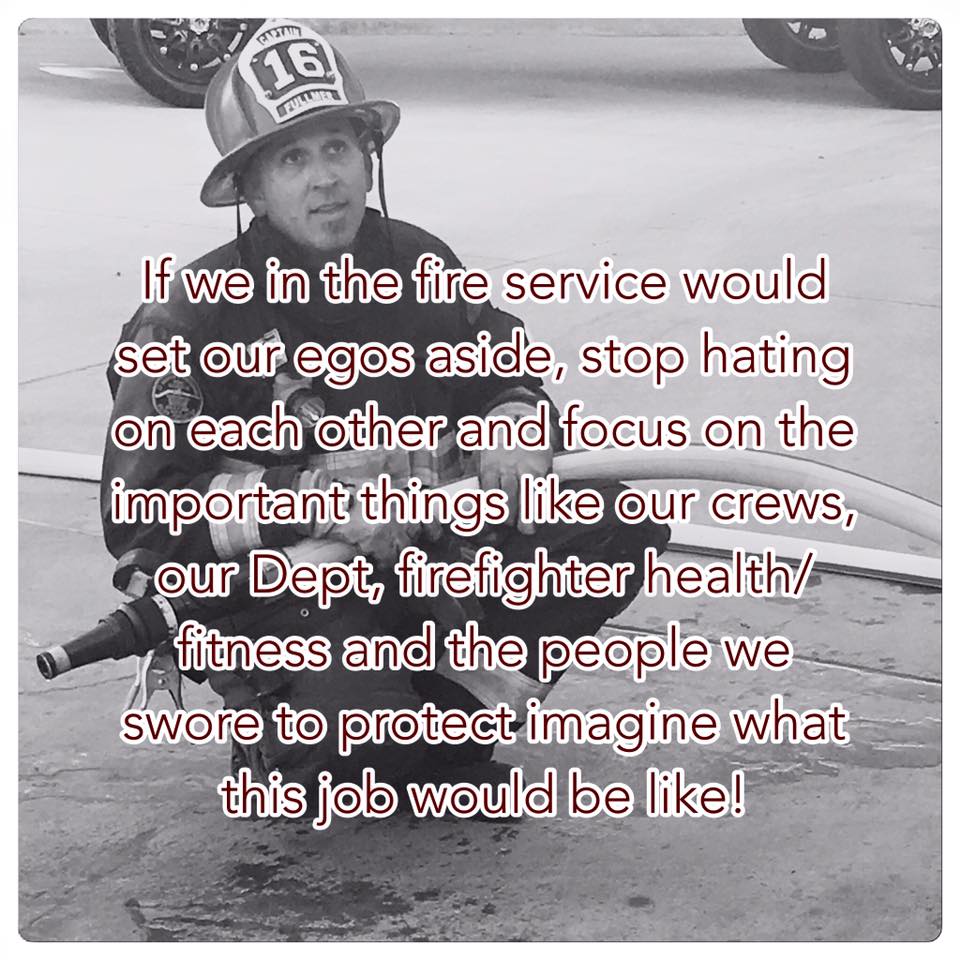 When I entered the fire service twenty years ago things were much different than they are today. We must ask ourselves, why are things different? We have to stop our backward slide or the fire service, as we know it, will die. When I began my fire service career, I had a lot of people that were willing to help me and wanted me to succeed. I've worked with…

Fire departments across the United States have physical fitness standards that must be met to hire on.…