Those three little words. It's what citizens expect of you and your department. The citizens, that we took an oath for and swore to protect THEIR life and THEIR property, expect well trained, motivated firefighters to make every effort to follow through on that oath. 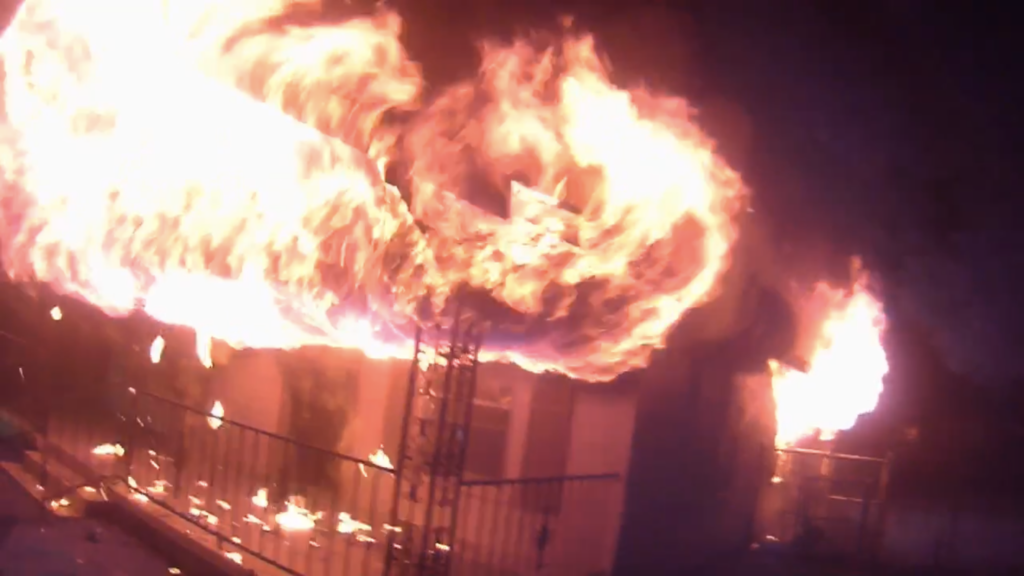 Safety has saturated our culture to the point that it is sickening. As a profession we have forgotten what our responsibilities are. Somewhere in time people started preaching that our safety is paramount. I can assure you that the only people that believe this are firefighters.

Our citizens don't believe that line that's preached to you during the academy about firefighter safety being number one. Our citizens believe that we are willing and able when the bell rings. They expect firefighters to be willing to make the ultimate sacrifice in an effort to save their life.

Stop with survivability profiling. Stop saying "No one can survive that". I open up social media every single day and see stories almost on a daily basis of rescues and saves that were made in conditions that most departments would consider going defensive right off the bat. Your job isn't to guess who can and can't survive something. Your job is not to play God. Your job is to find occupiable space that you can survive in with your gear and training and get in their and search.

Stop saying "vacant" in your size up reports. Do you know it's vacant? I mean, do you really know? If you work anywhere like I do, you know that there's no way of knowing. Buildings can look abandoned but that doesn't mean they are vacant. Squatters are often found inside abandoned buildings. Guess what? They may not be tax paying citizens but their lives matter too. It's not your job to play God and decide who's life is worth saving and who's life is not. Just yesterday, I received a text from a driver at my station about a hazard target in our first due.  An “abandoned” apartment complex with no certificate of occupancy.  Nine families live in this apartment building.  NINE.  Two of which had kids.  This is going down all over America in large and small cities.

Let's take it a step further. You don't work in a rundown urban environment like I do. You work in suburbia. You get a call for a house fire for a two story residential at 1400 hours. You pull up and have a split level home with heavy smoke showing throughout. A 360 shows fire in the basement part of the split level. There's no car in the drive way. No signs that anyone is home. Is the house vacant? Do you commit an attack crew to the basement and a search crew to the two bedrooms over the basement? I hope so. The home I just described is my own. My two daughters would be fast asleep for naps. My wife is most likely in the basement doing one of her favorite hobbies, sewing. And that missing car is in the garage.

My wife even gets this concept. Months ago she found out about "Burn" and she finally set down to watch it. When the commissioner started talking about letting "vacants" burn if there are no reports of trapped occupants, she immediately said "That's stupid. How do you know no one is inside?"  You see, my wife, a regular citizen gets it. Her thoughts are the epitome of what citizens think our job is. And while my wife would not want me or any of my crew dying unnecessarily, she also knows what our job is and the risk that we SHOULD be taking.

Stop hiding behind a curtain of fear. Stop hiding behind LODD numbers. On average there are a hundred deaths a year qualifying as a LODD. In reality on average, less than 10 guys die a year doing the job. If we want to reduce deaths let's take some personal accountability. Buckle up. Slow down. Eat healthy. Finally, exercise.

Bottom line: Get inside and DO YOUR JOB.   It's what the citizens expect and deserve from YOU. It's what YOU swore an oath to do. And I’d venture to say its what YOUR departments mission statement says ya’ll do.  So do it and hold others around you accountable.  Be smart, be knowledgeable and be prepared to have real conversations with people in your circle of influence.  You have the power to take our fire service back.

Welcome to the FE Community!  Your title is right on, and I think almost everyone in the fire service would agree that significant risk is an unavoidable component of our chosen profession.  Still, despite the ongoing disagreements about the best approach to controlling structure fires, specifically regarding the harms and benefits of external streams and ventilation control, avoiding entry for search and extinguishment has not been a recommendation from either side of the debate.  What has been pointed out are the excessive number of LODDs that occurred in circumstances where no civilian lives or savable property was being threatened.  There are certainly some who have taken the safety concept too far, and I hope your message reaches them, but there are many who have taken the aggressiveness idea beyond what is rational, and they need a reality check too.  Our job is to protect lives and property from fire, and we put our lives on the line to do so, but no citizen expects us to die for their property.  Doing our job means arriving with the skills, knowledge, and physical capabilities to perform whatever tasks are needed to control the situation, while injuring or killing ourselves in the process benefits no one.  My size-up reports include the occupancy type, and "vacant" may be appropriate, though that does not dictate the best tactics any more than "Daycare Center" would; fire extinguishment and search are required regardless, and are performed as circumstances dictate and allow.  Also, at your burning house, my plan would be to send an attack line to the fire and to search the rooms upstairs, even mid day with the car out of sight.

Thanks for starting this conversation.