"The importance of analyzing our own human senses while we are in the fire environment is ever apparent. But is there some sort of sixth sense held by certain firefighters and fire officers? I am sure that you could recount many of your own stories here. These would be from past incidents in your careers that reflect an often eerie side of firefighting. Why did that firefighter tell us to move just prior to the window failing? How did that chief know to back the units out of the building just prior to collapse (fig. 21–2)? How can some personnel recognize or perceive events prior to their occurrence? Likewise, why do some others not have it at all, perhaps even after being smacked in the face with similar events a few times? Fig. 21–2. Senior firefighters can seem to exude a sixth sense at operations.

Is it some sort of divine intervention? Have these chosen ones been blessed with inexplicable powers? Not likely. We believe the firefighting sixth sense is a derivative of intuition. It’s that hair on the back of your neck rising, that “something just isn’t right” feeling. There are going to be times like these when things happen to you, and when they do, listen to this sixth sense. Don’t discount it. Be sure to give it its due diligence.

It also comes from our capacity to merge information. For the junior firefighters who have been awakened by such a moment, your knowledge base is growing. Do not be afraid to share what you are seeing with those around you. Senior firefighters and officers often have a better perception of this sixth sense gleaned from their years of experience at seeing fire in action. They have had more time to practice and plan for fires, and they have formed and polished this sixth sense to a masterful craft at fires. They have a thicker recall file, an extended slide carousel of similar events. This leads them to have a greater ability to anticipate what might come next. In conjunction with this is the ability to clearly communicate what they are seeing on the fireground.

This sixth sense might be seen as the culmination of mastery in knowing how your five human senses perform at fires. It is recognition primed decision making at its finest. It doesn’t just start up by itself, nor occur at every fire, but it comes from the ongoing absorption of sensory awareness." (pg. 238) 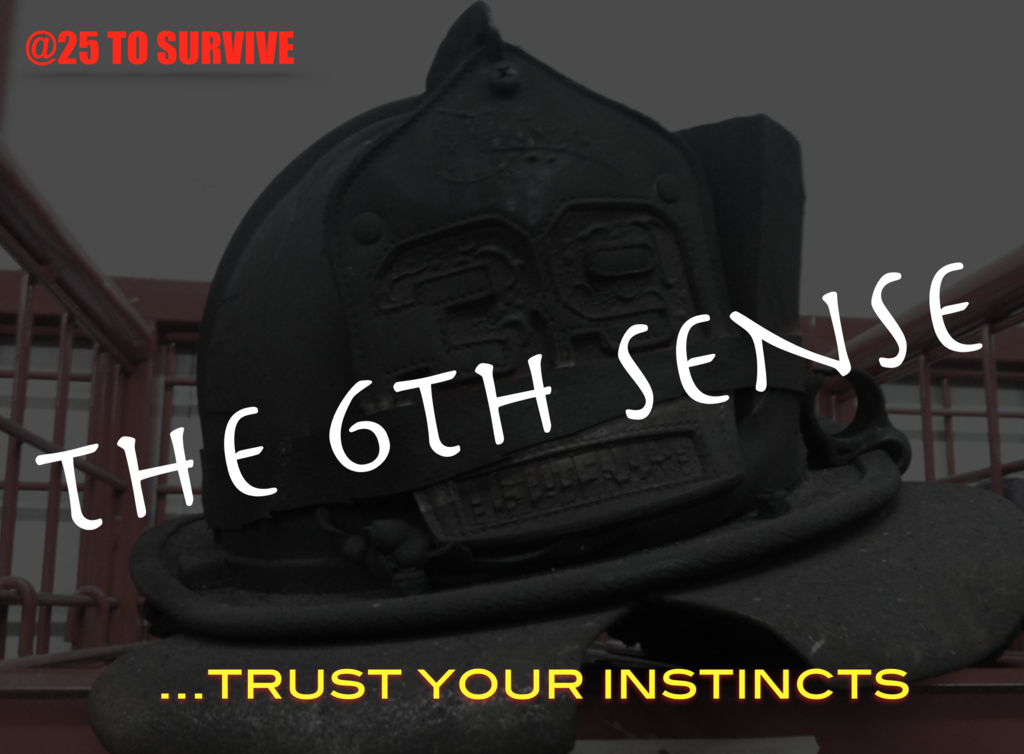