"When you decide to become a member of any fire department, you are making a large commitment. As the often-quoted New York City Chief of Department Edward F. Croker (1899–1911) stated during his tenure, “When a man becomes a fireman his greatest act of bravery has been accomplished. What he does after that is all in the line of work.”

The fire service is family. We all work together to do our job. Becoming a firefighter means joining something larger than just the individual. You are not alone on the line fighting fire, but part of a team. You are “on the job,” a part of the fabric that makes up a fire company and beyond that, a member of a fire department (Ch. 1 Pg4.)

We are part of a team: a company of firefighters. We are the civilians’ last hope. By dialing 9-1-1 they have effectively given up. Sometimes it feels like we are the last people left on Earth before total anarchy sets in (Ch. 1 Pg10)."

We do what we do, because of them. THIS is the oath we swore to uphold, they are counting on our team to get the job done.

This job is not about any one individual... unless you are talking about the individual who called us to assist THEM.

Protect Lives and Property with the understanding that when you took that oath, you joined a team that is bigger and stronger than you. That team needs you however, as an integral member, to perform at the highest level to carry the mission forward. 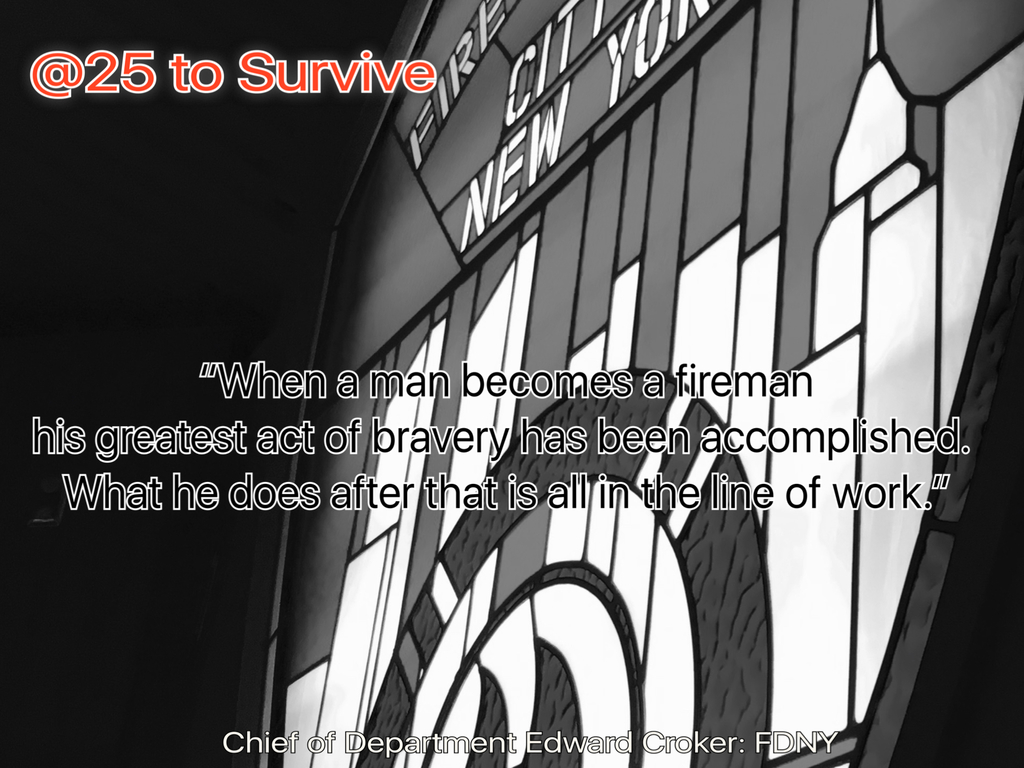