Once again we are seeing a push by some to devalue fire service “experience” while inflating presumptions from the recent UL interior attack study. They would prefer we dismiss years of fire ground learning for data we do not yet have on limited experiments. Is this really a worthwhile debate or a preemptive attempt to further separate and stigmatize factions within…

Everything we do revolves around this fairly new concept for the fire service. Even keeping the fire in the room of origin is risk reduction. The National Fire Academy developed an entire curriculum and delivers it across the board from a two day state weekend program to the Managing Officer program to the Executive Fire Officer program. There must be something to it if they are pushing it out at all levels.

I recently attended the Connecticut Fire Officer’s Weekend at the… 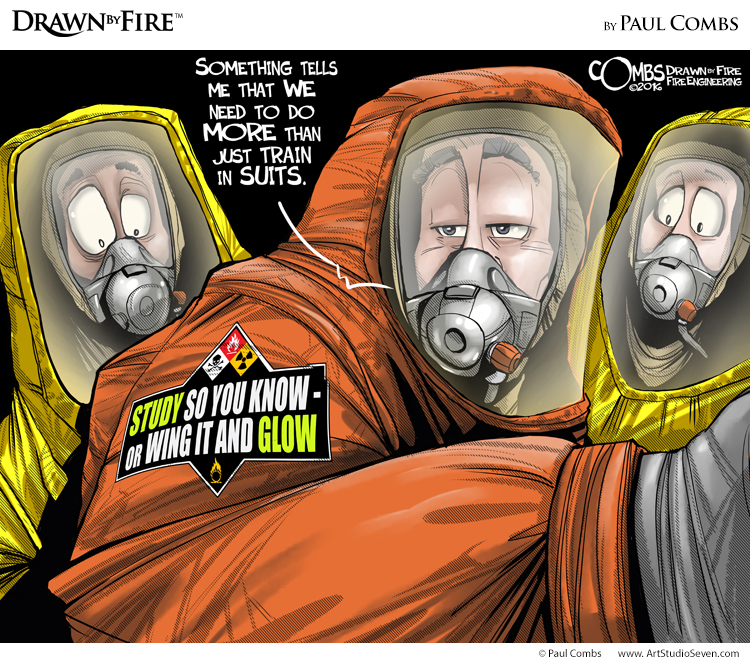 Hitting the books is as important as wearing the suits. Something that's easy to forget at times for us HazMat techs, and something I was embarrassingly reminded of during a recent department training. Who says I don't slap my own hand with these cartoons?!

What's in your basket?

Happy Easter to all our friends and followers. I can imagine that today many of you witnessed a similar scenario such as seen in the picture, of the 'overflowing basket of eggs.'

Where has all the tradesmen gone?

While attending a recent training seminar the presenter, a well respected, seasoned veteran of the fire service made a statement that I seem to hear a lot lately, “the fire service sure has changed from when I first started thirty years go! Where has all the brotherhood and pride gone”.  Now, many are quick to blame the “newer generations” of firefighter’s, but talk with any retired firefighter and they’ll tell you that “these new generation of firefighters” have been “ruining” the fire…

A quick search of "ground ladders" on YouTube will pull up dozens of videos showing how to deploy a ladder using any number of methods. Some videos look like they came right out of the academy textbook, some are a bit more non-conventional, and others still show a single firefighter throwing a ladder with so little effort, the ladder might as well have been a paper…

Here is a video of a recent FREE webinar about five common mistakes that new fire officers tend make. These are by no means exclusive, but from my experience are committed by many new officers.

I would welcome others that you might think of or have seen frequently.…

Think Before You Type

Think Before You Type 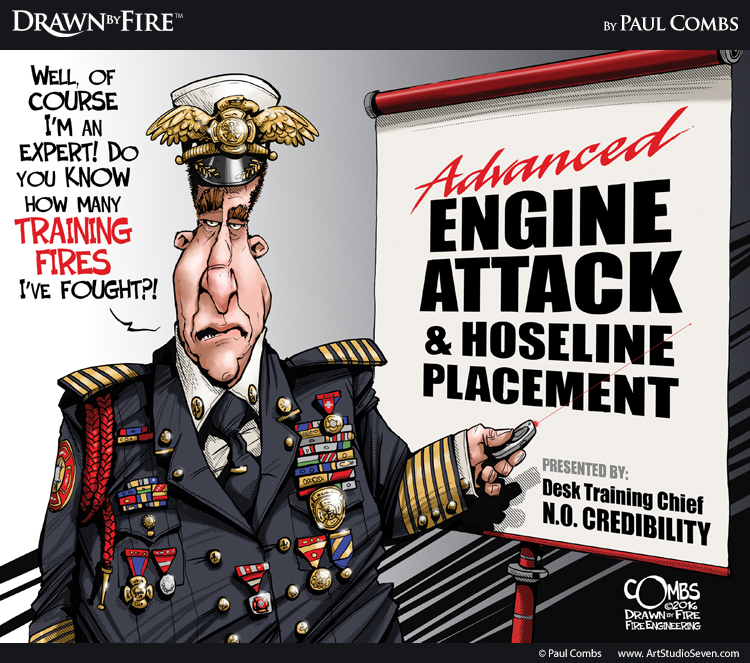 We can't all fight the volume of fires that some of the larger cities do, and if you don't, please don't act like you do! Some of the best instructors I've ever had the pleasure of meeting are volunteer/part-paid or work full-time in smaller departments - and they teach excellent classes despite not having a structure fire every shift. The one thing they all have in common…

Losing a Brother: Those Left Behind

This week our local fire community has a very heavy heart.   Sunday, March 20, 2016, the Conway Fire Department suffered an LODD.  Firefighter Christopher Gene Ray was killed in an apparatus related incident.  This took place in the early stages of a structure fire in the Conway fire district.

Even after 27 years of Fire and EMS I cannot imagine how Chris’s family feels this morning.  I understand the void that the…

It is in great sadness, that we as a Brotherhood, post the 15th Line Of Duty Death for 2016 from the United States Fire Administration. Fellow Brother Firefighter II Christopher Gene Ray has made the ultimate sacrifice in love for their fellow man. Our sincerest condolences go out to his family, friends and our Brothers & Sisters with the Conway Fire Rescue.

It is in great sadness, that we as a Brotherhood, post the 14th Line Of Duty Death for 2016 from the United States Fire Administration. Fellow Brother Firefighter & Safety Officer Earl J. Shoemaker has made the ultimate sacrifice in love for their fellow man. Our sincerest condolences go out to his family, friends and our Brothers & Sisters back home with the Eagle Fire Company #2 – Hanover Fire Department.…
Continue

The Fire Service Circle of Life

A leader is best when people barely know he exists, when his work is done, his aim fulfilled, they will say: we did it ourselves ~Lao Tzu

Recently, a close friend and fire service brother posted an old picture of me on social media.  I was a young assistant chief acting as the operations officer on a residential structure fire.  When I saw the picture, I thought, “Where in the world did he come up with that…

The chirp (or beep, honk, etc) indicating a low battery charge on your portable radio is annoying enough when we're not operating on a call. Add an incident where you need your portable radio to relay important information, and it becomes a disconcerting reminder that you have a finite amount of transmitting and receiving before it becomes dead weight.

You can minimize the…

The Sunday Preach:
Shaving Seconds!
"in our years of conducting firefighter training, without fail, the longest delay in beginning firefighting operations result from the time taken to don the SCBA face piece and create the face…
Continue

How many times have you watched a YouTube video or seen a picture of fire that has taken place and seen someone ripping into the department at hand.

You shouldn’t be on the roof UL says so.
You should have hit that thru a window first everyone goes home.
Why don’t they man up and get inside for an interior attack.
Search should be done at the same time as fire attack. 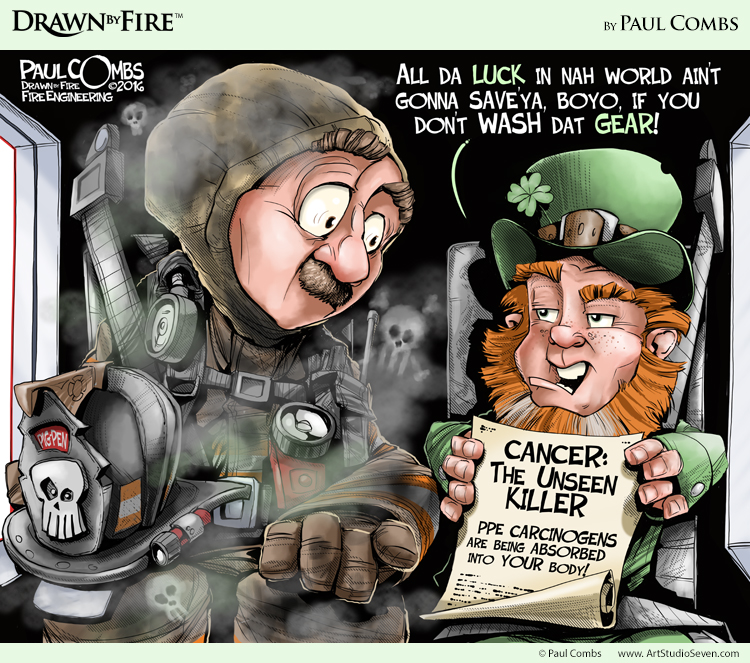 You walk into a department store and pick up that brightly colored shirt you've been looking for all over town. However, on the rack you notice a sign that reads Caution: Clothing Contains Known Carcinogens. Would you still buy the shirt? Would you wear it proudly and post a selfie posing rebelliously by the warning sign? My guess (and hope) is that…

THE MAN IN THE BOX

The Man in the Box

Our firehouse quartered a two piece engine company, a truck company with a senior aerial and a Tactical Squad, which was designated as a compliment to firefighting staffing with the additional specialty of water rescue. There were fifteen of us on duty every day and each one of us knew what our job was before the bell rang.

There was no question about our…

Why is everyone so angry?

I recently went to the UL-FSRI visitors day. The goal was to see what they were about and to find my own answers straight from them. You see I don't own a training company, I am not on any type of panels, but what I am and so was the rest of the firefighters that were there, we are students of the craft. We had the same goal and that was to gain knowledge and I believe that is exactly what happened.

The day started with what tests are going to be conducted,… 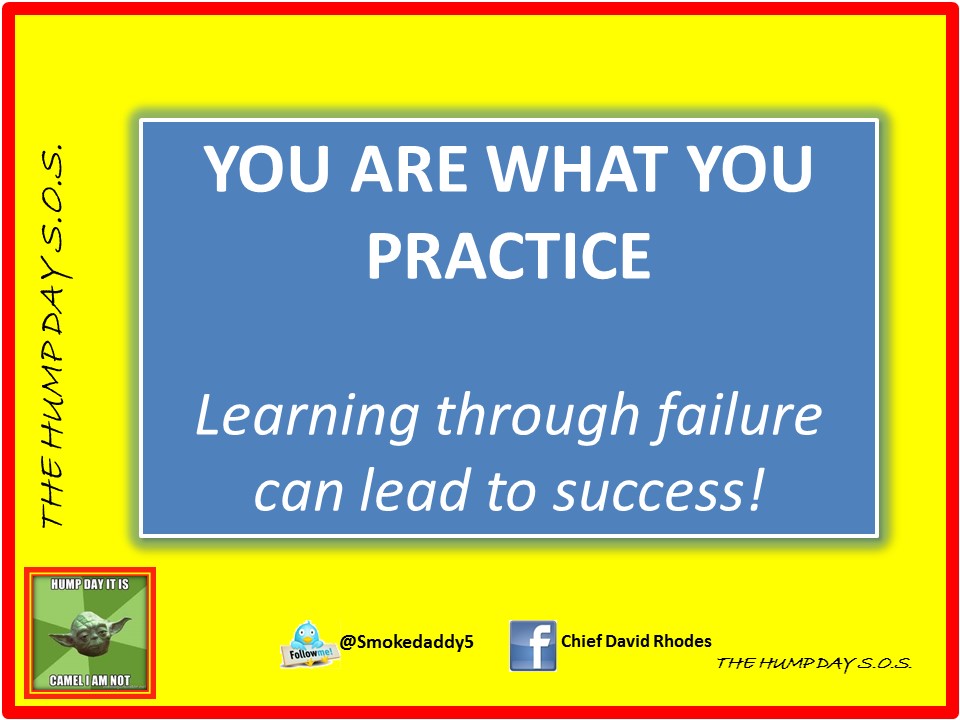 Learning through failure can lead to success