It pains me to have to write an article about this issue, but with the recent widely viewed broadcast of a Supreme Court nominee accused of sexual assault when the perpetrator and victim were both in high school and the current state of affairs related to women and minorities in this country; it is an article that needed to be written addressing the elephant in the room.

As a father of five (5) daughters, all adults with their own families and lives, I feared for their safety as young…

Two steps forward and one step back. Ever use that phrase to describe the progress with yourself, your relationships, or your workplace? It is generally used as a negative. You are in essence saying that you are not accomplishing your goals. But is this really the case?

Shouldn’t we really be using this phrase in a positive light? Two steps are greater than one step. Going forward is certainly preferred and going backward is seen as being a failure. However, isn’t the important part…

There Are No Chief Size Fires!

There Are No Chief Size Fires!

Whaaat? Absurd! You’re kidding?   My reactions when I heard the words in the title. But - I was about to learn something significant.

A small town 2 station VFD I joined in the…

Communication on the Court

My life has recently taken on a new role: Junior High volleyball parent. I have two daughters playing this sport for the first time. In fact, 98% of their team is playing for the first time. Which is to say, the team isn’t very good. Success is not being measured in wins but in the improvements of technique and fundamentals.

In addition, I’ve had the opportunity to start “serving my time” as a line judge for some of the games. The chance to be on the court and see the game from a…

On the Job with PTSD

The news channels, commercials, and social media often emphasize the crisis that is Post Traumatic Stress Disorder that plagues our veterans of the past and warfighters of the present, but how often does the PTSD among firefighters publicize? Although the media is beginning to recognize the importance of stress after traumatic events, the first responders rarely seem to get the attention needed to progress in treatment options and solutions. However, even… The problem with some leaders is they assume all criticism is an attempt to discredit or insult them. Nobody likes criticism, but we can't be so paranoid that we'd rather be ruined by praise instead of being built stronger by constructive criticism from people we trust.

STAY FIRED UP, and accept, learn, apply, and move forward.

The Power of Reliance

This week I learned something new that I preach about but didn’t fully understand the value of its meaning until this week; Reliance. Such a powerful thing reliance, the ability to rely or depend on someone else exposes so many amazing qualities as a leader.

The first quality is TRUST, proving that you can depend on others shows that you trust them, people will work harder at accomplishing the mission if they know that they are trusted to execute it. 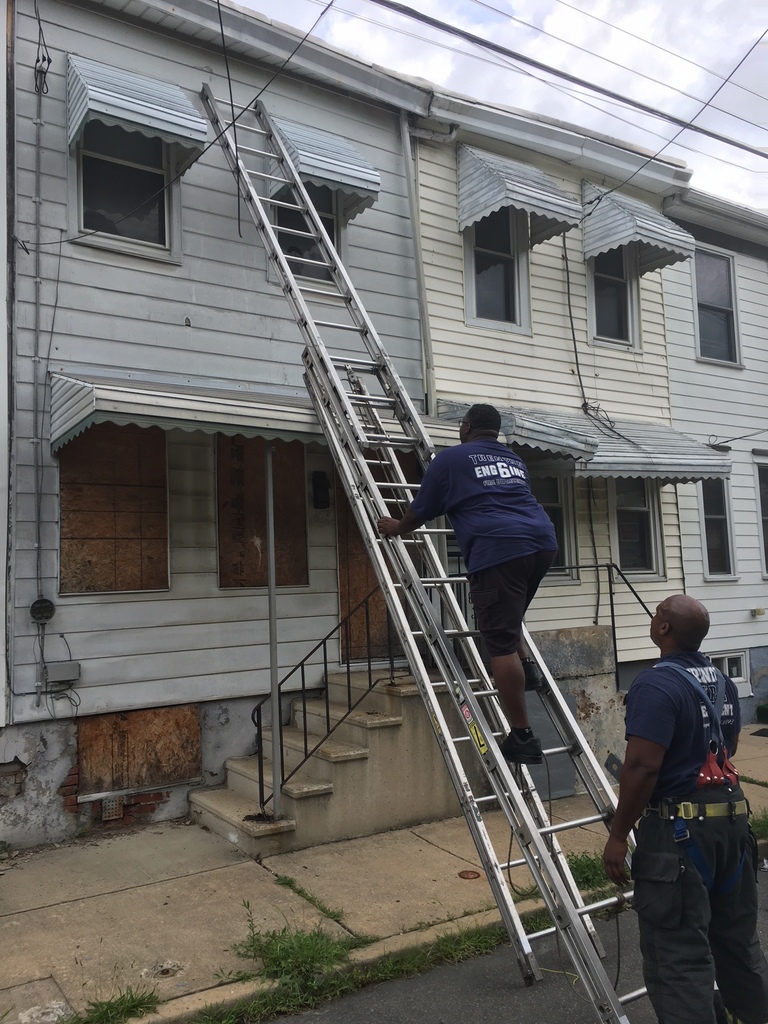 Have you ever tried to ladder a building in the 'middle of the row' with metal awnings over the porch and every window? If so, you know what a real pain in the a** it can be. Whether aerial devices or ground ladders, metal awnings can complicate proper ladder placement when the…

It’s Time to Redefine What it Means to Be Strong AXEMEN: Finding Blue Skies

If the ingredients necessary for a firefighter to maintain a healthy mind, body and spirit were listed on the side of a box full of answers, the words “maintain balance” would be underscored and printed in bold letters. The recipe would likely include a trusted employee assistance program (EAP), mentors, confidants, training, a relevant book list, and lots of prayer. Regardless of the rations, by some measure, the heart of a successful outcome would have to…

Putting The Public Back In Public Service

Fire departments nationwide are known for being able to fix almost any problem, respond to calls at all hours of the day, and help others in their times of need but think of how much we do that the community has no idea about. We live in the day of Social media and online advertising. Newspapers are a thing of the past for a majority of us, when we want news or to find information they go straight to the smart phone. Now let’s look at the Fire service and where it can take place in all of…

The Dangers Of Survivability Profiling

A very dangerous trend is happening in the fire service, profiling a structure to decide if we "think" there is someone alive inside. We all have our opinions on the topic but if you ask me its not our job to stand outside for several minutes and debate on whether or not we think someone could survive. Most will never be in the situation to "make a grab" but to me that is why we need to talk and train about it more often than we do. We find ourselves picking our training based on frequency…

Knowing Your First Due Its 3am and you and your crew are asleep in the bunk room when you are suddenly awaken to the bells and tones going off, then across the radio you hear " structure fire smoke and flames visible with possible entrapment" at that moment your heart now goes into overdrive and your brain is trying to process a million tings. You get in the truck pull out…

A Day To Honor

This month we honor the victims of the horrific attacks against our country and our people, which occurred on September 11, 2001. As a country we vow to never forget the many people who lost their lives, from the innocent who ended up in the wrong place at the wrong time to the numerous first responders who sacrificed their all to come to the aid of others. For the public safety workers who were involved and survived these incidents, we couldn’t forget that day…

Concluding my series of commentaries on the findings of the “Impact of Fire Attack Utilizing Interior and Exterior Streams on Firefighter Safety and Occupant Survival” collection of UL experiments, this installment will cover the 18 "Tactical Recommendations" from the "Full Scale Experiments" (https://ulfirefightersafety.org/docs/DHS2013_Part_III_Full_Scale.pdf). Inspired by the findings from this study, but… 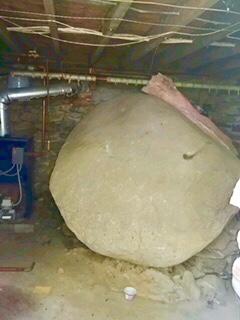 Obtaining acquired structures is a first-rate asset within our fire service.  If an organization is fortunate enough to have a good training division with members actively working with contractors, developers, and the building department of their city; you can’t put a price on it. …

As a new guy how many times did you walk in the kitchen to hear the older guys sitting around talking about how bad everything is and counting down days until retirement. What people don’t realize is attitude is a very powerful tool. A bad one can sink a ship while a good one can make anything possible. I am blessed enough to work on a crew that has a great attitude towards life, work and each other. We have witnessed first-hand how positive attitudes can rub off and motivate others to…

Customer service and the Fire Service 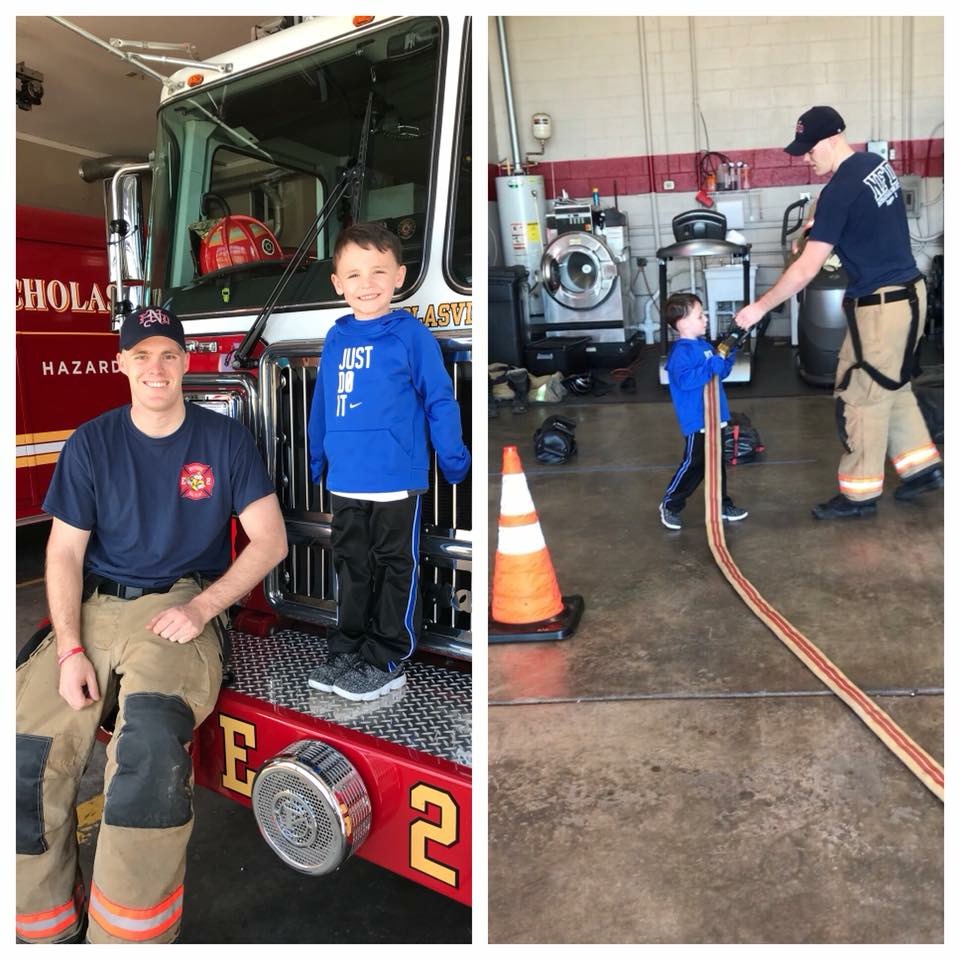 This is the Fire Department… why are we worried about customer service?

You walk into a restaurant and encounter a rude, unprofessional employee who gets your order wrong, and you immediately get frustrated.  Or, you go to a hospital to find an extra long wait time followed by medical staff who treat you like you the days biggest burden.  We have all faced those at… 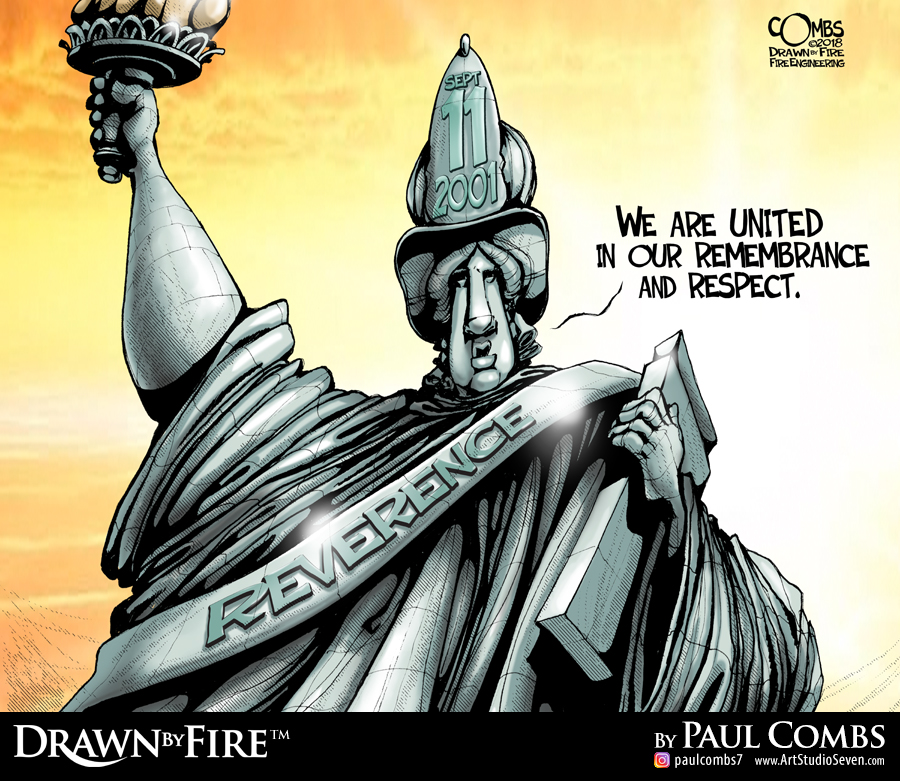 Unite and remember... never forget the sacrifices made on September 11th, 2001, and for all those still suffering from post 9/11 illnesses.

The Fall season of Fantasy Football is upon us. With the beginning of the National Football League schedule this weekend, hundreds of thousands of fantasy leagues are getting underway. Online accounts are being made, draft parties are being planned, and player stats are being scrutinized.

Full disclosure: I don’t do fantasy football. Not against it, just not my thing. So maybe my perspective is a bit biased, but I don’t think it is. Bear with me for a minute.