Becoming proficient with sizing up the fireground takes practice.  Not only in terms of the main components of a well-described size-up, but also in the way it’s conveyed over the radio.  The way in which the information is conveyed is just as important as what the content of the message is.  If either of these are not in sync, the initial operations on the fireground… 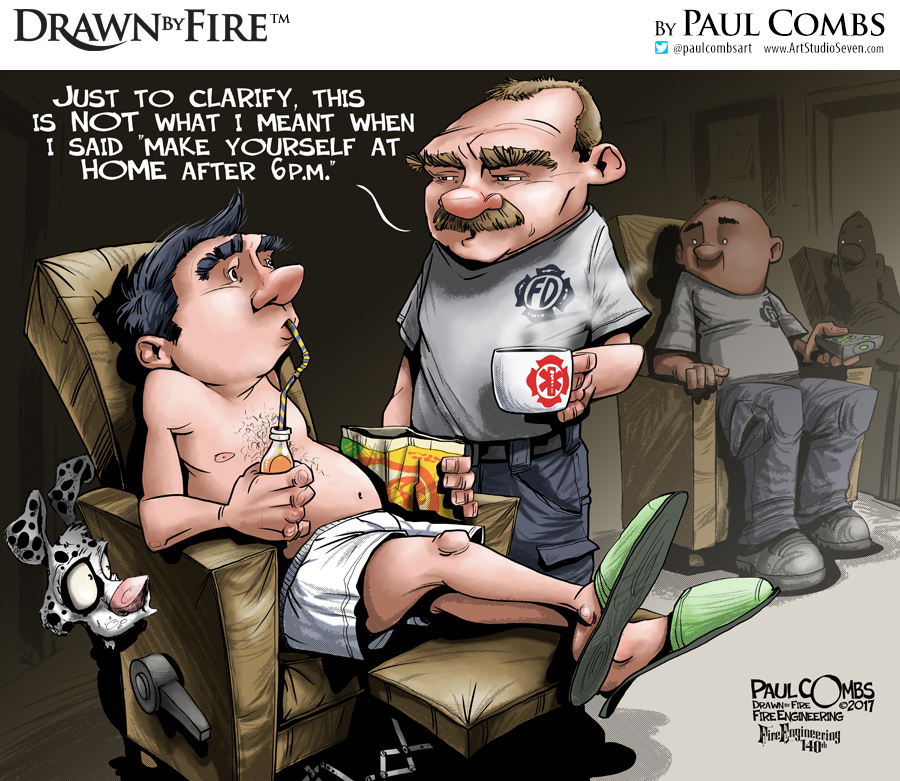 Stay Fired Up, and be your own dog!

'Want To Be The Best Crew Around?" - Understanding Stages of Crew Development

Whether you're the new guy/girl to a crew, the senior member or an officer taking on the "new guy/girl", it is important to understand the phases of group development and how to be the best version of your self during each phase! I'm sure most of us have seen the group development model developed by Bruce Tuckman in 1965. His theory states that there are 4 phases (Forming, Storming, Norming and Performing) that are inevitable and necessary in…

Bridging the Gap: The Need for Discussion on Industrial Fire Training Instructor Credentials

In my brief but current tenure in the petroleum refining industry I’ve noticed a lot of differences yet a lot of similarities in regards to the dynamics of training.  Unlike the structural firefighting realm, industrial firefighting can, arguably, contain a cache of significant hazards that are not otherwise encountered and contain an inherently more dangerous fireground.  The hazards are a myriad of chemicals, off-gasses, high pressures, high temperatures, liquid and pressure-fed fires and…

TIME IS RUNNING OUT!

There are only six days left to recommend someone for the 2018 FDIC Honeywell Scholarship Program. Are you, or do you know, a firefighter/first responder who has made remarkable contributions to their local fire service? If so, nominate them today! It's a big deal!

Looking back on childhood memories, most can recall our parents telling us “if you work hard enough, you can do anything you want.” Our family’s encouragement is what sets up the fundamental understanding of “if you want something bad enough, all it takes is courage and determination and your possibilities are endless.” This premise continues as we proceed throughout our lives; teachers keeping us on the right path, coaches pushing to reveal our full potential, and friends encouraging us to…

The Driving Force Behind Catalyst Leadership

The Driving Force Behind Catalyst Leadership

Being new to the private, industrial sector world it can be overwhelming and challenging.  In the nearly six months here so far I am learning every day about the refinery’s processes, what makes them work and all the intricacies associated with them.  While I am just merely a beginner to the refining… 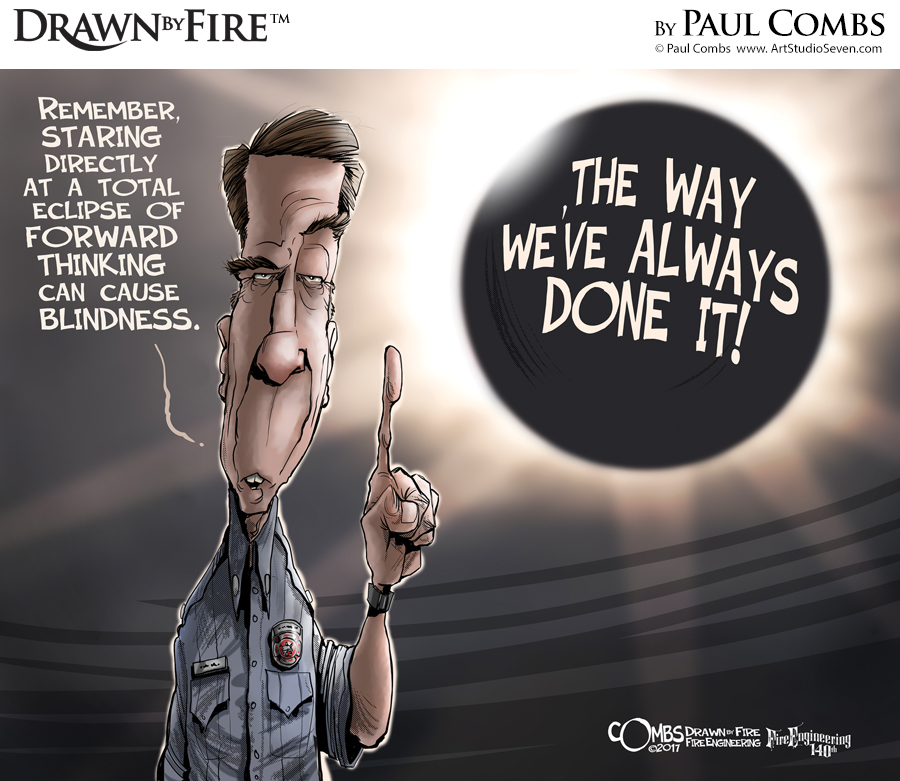 Stay Fire Up, and always be ask "how can this be better?"…

We Are On The Same Team…Right?

The Fire Service is changing.  Yet, some would argue that it isn’t and we still hold true to our cultures, traditions, and mission.  I would like to offer up a different perspective – a view of which I’m certain that will receive ridicule from those who do not like change.  For…

The reduced time and the increasing temperatures that structure fires burn due to modern day products, diminishes the window we have for rescue rapidly.

If this isn’t a wake up call enough to be in excellent physical shape, the rate of Cardiac related deaths, sleep apnia, and the risk of cancers, diabetes and other health issues in the fire service should be. …

It is dangerous out there, no doubt about it. We have a responsibility to protect ourselves, our brothers and sisters and our patients from harm. The latest danger seems to me not to be carfentanil but paranoia. That's right, I'll call it "fentanyl analog paranoia."  It's bad enough that widespread misinformation has made prehospital providers the poster children for misuse of nitrile gloves.  Now, we're helping to spread ridiculous warnings about…

Those Who Lead: When Opportunity Knocks

Those Who Lead: When Opportunity Knocks

I received a group email from my Fire Chiefs supervisor, concerning what makes a great safety professional after attending a recent conference. He further spoke of the characteristics listed by participants during the conference and how that list could be expanded to any profession.  He asked that members of our department do “homework” and list the top 10…

There are infinite skills and tasks that must be performed as a first-in engine company to the scene of a fire incident.  Skills and tasks can range from hoseline selection and deployment to size-up to hand tool selection and everything in between.  We could spend countless hours and time engaging in practical training evolutions on each one alone.  How can we develop a training evolution that encompasses multiple essential tasks?  I’m sure you’re thinking we do this all time so what makes…

The Customer Is Not Always Right

Firefighters deal with the public day in and day out. In fact, I would argue that we are one of the best customer service agencies out there. We deliver quality care and will respond to a variety of problems, fix them, and then move on leaving satisfied customers in our wake. The Fire Service prides itself on putting the public first, as we should. The Fire Service aims to treat every in the public with respect and dignity. But what happens when a member of the…

It seems in the fire service we cite numbers and statistics almost as much as the sport of baseball does. Often these numbers and statistics have relevance, sometimes they are skewed, and on occasion they may not be accurate. Making sense of all of this information can be confusing.
I am going to choose one statistic that should be sobering and is also pretty accurate. How many civilian fire deaths do you believe occur, on average, each year? Would you believe a little over 3,000? This… Continue

Death Of The Volunteer And Stress Of The Remaining

Young children read many stories about the important work of firefighters. Most people probably have a fond memory of taking a field trip to the fire station during their elementary school years. If they were lucky, they got to climb up into the fire truck or put on a fire hat. Which of us didn’t anxiously await the appearance of sparkling red fire trucks with sirens blazing at the start of every parade? Kids in every city and town dream about one day becoming a heroic firefighter. While… 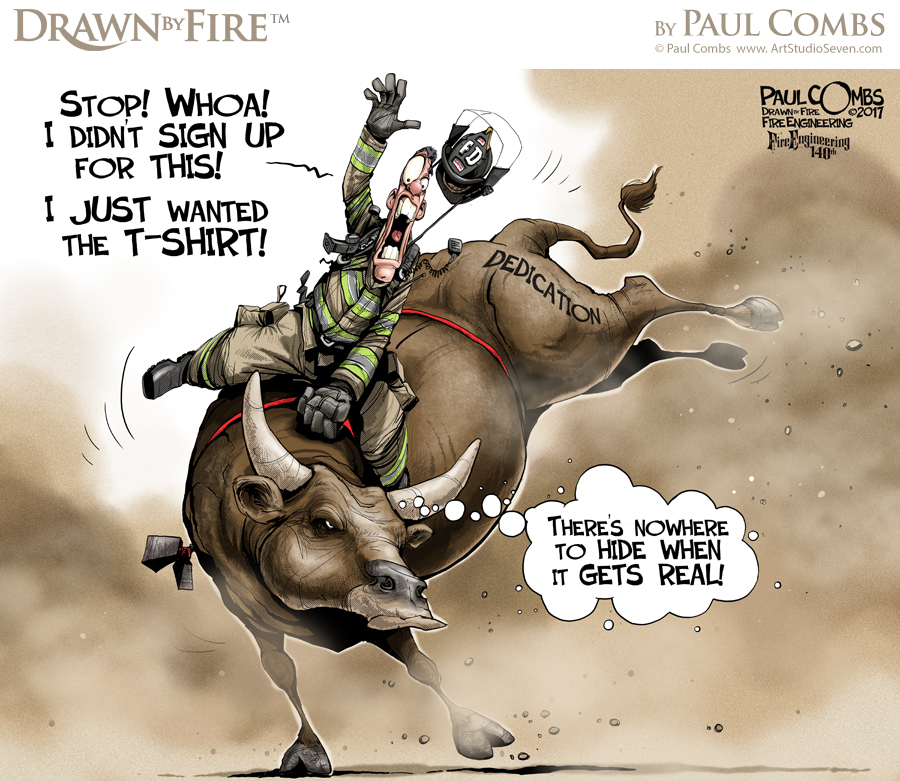 There are a few professions where you can fake it through an entire career and never be exposed as a fraud - whether career or volunteer, firefighting is NOT one of them. Sure, you might slide for a while, but sooner or later you're going to ride the bull and there's simply nowhere to hide when you do. So the message here is simple: Get serious, be dedicated,…

Flow for the Fire, Not Your Firefighters

It was just a couple weeks ago when I found out that the pump of a new engine we placed in service was preset to 120 PSI. While listening to a group of firefighters talk I overheard one of the engineers state they felt that the needed 145 PSI for that nozzle was too much to handle so they had it set to 120. If you’ve spent any amount of time on a hose line, you should know that 145 PSI pump discharge pressure on 200 foot is very manageable with a single firefighter, but two firefighters…