We Are On The Same Team…Right?

The Fire Service is changing.  Yet, some would argue that it isn’t and we still hold true to our cultures, traditions, and mission.  I would like to offer up a different perspective – a view of which I’m certain that will receive ridicule from those who do not like change.  For the purposes of this discussion, let’s rephrase the word change and use a positive and powerful word: Improvement.

There appears to be a civil war brewing among us.  The thoughts, actions, and communications between us seem to be nothing more than ideological rhetoric that gains traction only within specific factions – in defense of a particular facet of culture or ideology rather than for the sake of honest and respectful discussion.   There are lines being drawn and foxholes being dug, on whatever side of the proverbial line in the sand that we happen to be standing.  One of the root causes (of which there were many) of the American Civil War was the act of Sectionalism.  This can be further defined as a divide between economies, social structures, customs, and political values. The South perceived the encroachment of the industrialized and urbanized North as a danger to their culture and way of life.  The same can be said of our beloved fire service.

We must fight the urge to dive into a territorial crisis.  There is no north or south in the American fire service.  There is simply one fire service nation, and we must not become divided. Imagining the alternative is simply unthinkable.  We must seek continuous improvement, and if that means we must change the way we operate, interact, and learn, then so be it.  Change for the sake of saying we changed something is neither constructive nor positive.  Improvement on the other hand, is always warranted and desperately needed.  So let’s all stop saying we need to change. Let’s focus on improvement instead.

The Fire Service Civil War is alive and active throughout all the social media platforms.  We don’t need to look very hard to see daggers being thrown at one another from our keyboards.  There are those who say that social media is a necessary evil and has created a genre of “light weight instruction”.  In many cases however, these are the same people that use the same platform to drive the wedge deeper – thus further propagating a “civil war” simply because we may not agree.

Where we get our information is just as important as who we are allowing to occupy our valuable brain time.  Social media is a change agent that is sometimes perceived to be bad.  The reality is, it has improved our communication.  The burden of “checking the resume” now falls on the reader instead of formal institutions such as academies, universities, and conference organizers that vet instructors on many different levels to ensure a quality delivery.

Who we choose to follow, like, and associate with says a lot about the type of firefighter we are.  Many of us have fallen into the social media “trap”, (myself included), but I didn’t let that change me.  Instead, I learned to improve my communication style.

I, (your name), do solemnly swear that I will support and defend the Constitution of the United States of America and the State of (Name of state) against all enemies, both foreign and domestic, and I will faithfully and impartially discharge my duties as firefighter of the (name of department, city, township, etc.) under the appointment of the department according to the laws of the (State, township, county) to the best of my skills and abilities, so help me God. 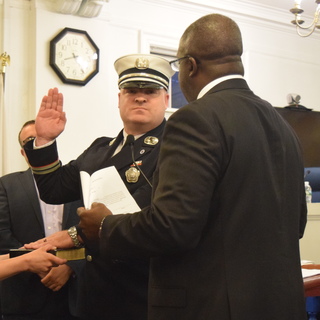 There have been great debates on what the oath actually means.  While the wording is very straightforward, it is also somewhat subjective in nature.  Many of us have read or heard that it’s our duty to die for our citizens, that it’s our job to do so.  I challenge all of you to explain to me where in the oath that it’s expected of me to trade my life for that of someone else.

If I should happen to die in the line of duty, it’s for a damn good reason and the circumstances were far outside of my control.  Yes, firefighting is inherently dangerous.  I accept that fact, but that doesn’t mean that it’s okay to trade my life for that of John Q Public under the auspices of tradition. 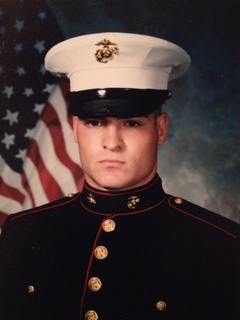 I have had the honor of taking one of the best oaths around.  When I raised my right hand and swore to protect a nation as a US Marine, that wasn’t a promise or an expectation that I would die in service to my country.  Rather, it was an expectation that I was going to make others die for theirs!  Again, I challenge anyone to show me where it says I’m willing to trade my life under the auspices of tradition.

We have brother and sister firefighters committing suicide at alarming rates, and we keep arguing about how to effectively apply water to a fire.  Heart disease and cancer rates are climbing, yet we argue about who or what agencies are receiving research funding.  We must remember that we are all on the same team; we all took the same oath!  It’s okay to have a difference in our passionate opinions.  But, we must rise above the rhetoric and improve upon how we talk and interact with one another.

We must keep things in perspective with an objective to seek improvement.  I for one will be passionate about remaining positive and helping others to realize their full potential as firefighters and leaders. Choose to improve and lift others up instead of tearing them down.

John Dixon is a career fire officer with an urban fire department in New Jersey and  has over 20 years in the fire service. He has earned his fire officer (FO) credentials from the Center for Public Safety Excellence and is a National Fire Academy Alumni. John has a passion for training, mentoring, and  inspiring up-and-coming officers and firefighters. He has served as an  Instructor with the Bergen County (NJ) Fire Academy, a member of Project Kill  the Flashover, and currently serves as the NJ State Lead Advocate for the National Fallen Firefighters Foundation.