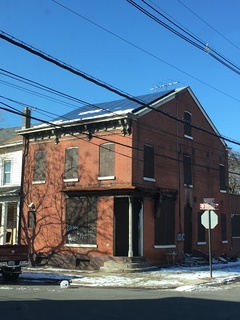 We are currently starting to see more photovoltaic (PV) solar panels on the roofs in urban area housing, especially in New Jersey which has the most solar panels per square mile in the U.S.  PV solar panels will be problematic when performing roof ventilation and ladder placement. In addition, the panels are always energized and their added…

Inciting Bravery - The realities of promoting risk-taking; Part 3 - Should we increase it?

So far in this series exploring the practical limitations inherent in any attempt to motivate firefighters to think less about their own safety and more about the lives and property we are sworn to protect; to display more boldness and less caution, I have suggested that the concept of heroism is so vague as to render it virtually useless as a tool for either change or measurement, and have proposed that the route to maximizing effort is to educate, demonstrate, and support the desired…

Male and female aspirant have an equal job opportunity in this field. They will get job opportunity in state and municipal fire brigades, in industrial fire brigades, in railway and airports fire brigade, at high rise building, at five-star hotels and hospitals. In Indian scenario, in recent years, Increase industrialization, the introduction of new life safety rules and regulations, and government level effort to implement effective disaster handling…

Caring For Your People

In this post, I discuss the book: Everybody Matters: The Extraordinary Power of Caring for Your People Like Family and I discuss caring for your people so you can build a high performing team.

So if you want to all out effort, all in attitude, and have fun at work so you can how to get the most out of those around them, keep reading!

Below are the top 5 highlights I had from the book.

– We are social animals and we respond to the environments we’re in.

The Armadillo Effect: Art of Foreseeability

The Armadillo Effect: Art of Foreseeability

The Fourth Amendment to the United States Constitution guarantees the "right of the people to be secure in their persons ... against unreasonable searches and seizures." In most cases, the Constitution requires the government to obtain a warrant supported by probable cause to search a person. However, when government has a special need for a search, such as protecting public safety, courts have upheld the search(s) if it is found "reasonable" after balancing the physical intrusion against…

The basics that we need to help start influencing people and how to get rid of that negativity that’s going on.

So a real simple response to negativity is Misery loves company, so don’t engage in it.

It’s hard, you know, these might be simply answers, but they’re hard to do and that’s why most people don’t do it. The first thing is don’t go down the rabbit h*** of negativity. Try and maintain yourself positive, especially if you’re the leader of a group because the minute you… 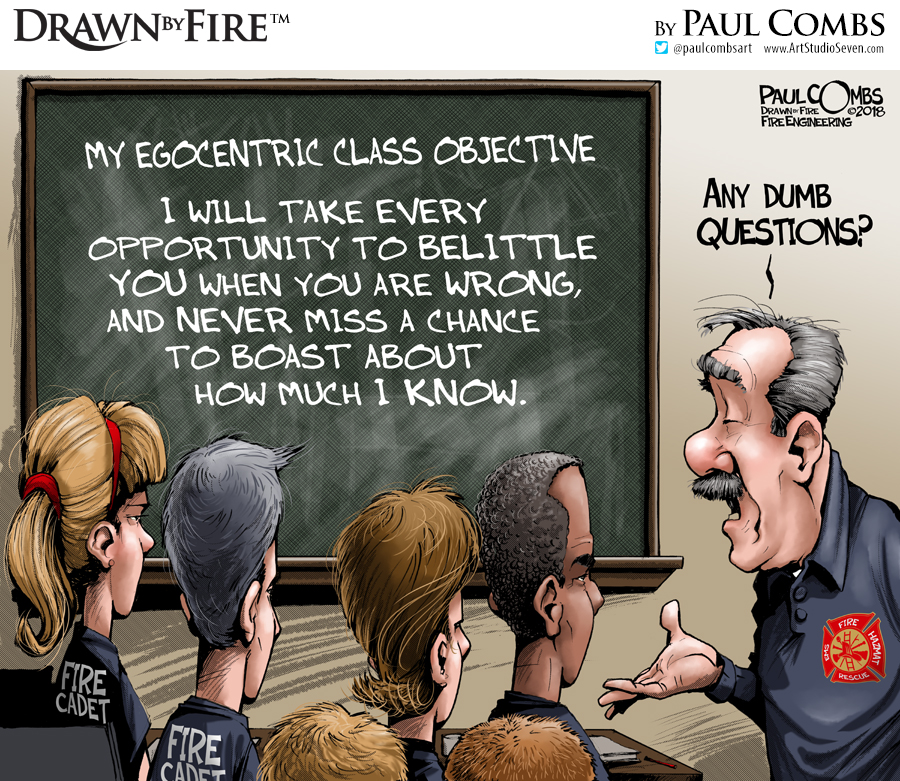 You as an instructor are there for your students, they are not there to pad your ego! I have seen way too many instructors and officers who love to show you how much you don't know, instead of how much they can…

Just Bruno and Me

The first time I heard Chief Bruno’s name I was a rookie living at the fire hall. After doing some after call clean up in the truck bay I overheard a discussion, not heated but not friendly either. I believe it was two Chiefs talking and one of them said “and don’t be giving me any of that Chief Brunacini -ism. Curiously I thought who in the world are they talking about. So, I filed it away and made a mental note to find out who this noteworthy… 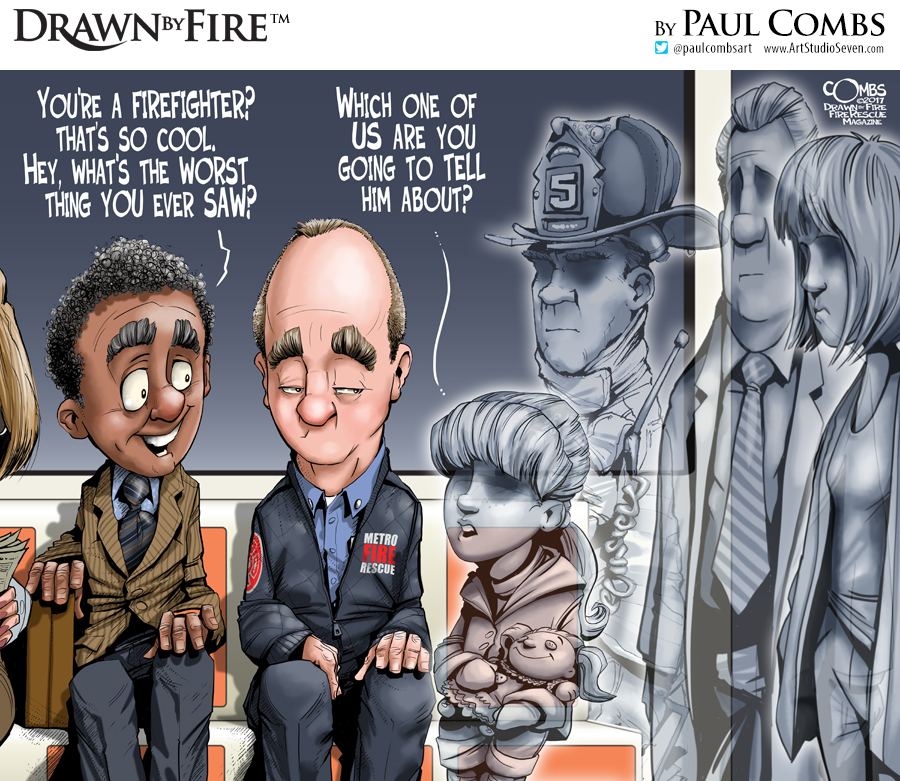 “Which one of us are you going to tell him…

The #1 Mentoring Mistake Every Firefighter Must Avoid

I overheard two conversations this week that were both the number one big mistakes that I see firefighters make when it comes to mentoring. Both these guys were getting frustrated. They weren't getting the results that they wanted.

The first ones was a guy that was complaining about the experience level of his immediate supervisor. He had more experience and the supervisor. When asked, hey, are you going to help them become better? He replied That his boss is responsible for his own…

Inciting Bravery, Part 2 - The realities of promoting risk-taking - Can we increase it?

Having cited the limitations and contradictions of the concept of heroism in my last post (i.e., unmeasurable, and essentially bestowed upon all of us simply for joining the fire service), is there another attribute that might allow us to be more effective in our attempts to protect life and property by inspiring bolder searches and fire attacks? Might it be feasible to at least increase our collective acceptance of risk? And, if so, what would be the best method for accomplishing this…

So I figured we started off with something that seems to be a hot topic no matter where you are at or what rank you are in the fire service.

And that's morale. Whose responsibility is it?

If you ask the guys on the floor they're going to tell you it's, it's admin. Right? Fairness—you hear that word a lot today. “I will make sure they pay their fair share” is something we hear constantly from politicians about taxes. The first income tax code was established by President Abraham Lincoln to fund the war effort and was…

The Prevalence of Suicide Among Firefighters: The Deaths No One Wants to Talk About

When someone says the word hero, we automatically start thinking about things like courage, nobility, and over-the-top achievements. Heroes go above and beyond the call of duty to help people without giving it a second thought.  They don’t give up no matter how afraid they may be. They’re the kind of people who inspire us to achieve great things in our own lives.

It’s this image that we have of heroes that…