With PTSD,many a vet has taken this medication (Lithan).I know for sure this has helped my husband over the years.Since he finish his tours of vietnam.Lithan is salt of the earth,a chemical embalnce.Before my husband could not talk ,get out in crowds that much.He was in his own little world.He was on this med for over 10 years.
I know fire fighters that have this,they gone on to different jobs.
I was going to get and divorce,until this medication though the VA or family doctor.I have… Continue

It is with deep regret that I post the following from the United States Fire Administration concerning the departure of a fellow brother in arms.

This is a new blog I would like to start posting weekly with information from the USFA. Everyday people in this country die from fire and as firefighters it's our job to try to prevent this and put ourselves out of a job. We don't want to see this and it's tragic even with one loss of life. This should serve as a good reminder of why we do what we do.

Hey guys, the College Park Fire Department in Prince George's County, MD is hosting their first ever annual golf tournament. It will be at the beautiful and just renovated University of Maryland Golf Course on April 16, 2010. Visit www.cpvfd.org for more information or to register! We are also looking for sponsors which can be accessed and registered through our golf site as well. Hope to see some of you there!

HONOR THEIR SACRIFICES is raffling a Brand New Personalized Phenix TL2 Leather helmet(s) to continue to provide financial support for our mission of providing the fire service with a free to use and easy to access line-of-duty-death lessons learned database. We are hopefully just weeks away from unveiling our new website and when that happens we will be eagerly searching for information from around the country to add to it. This new effort will require another marketing campaign (and this will… Continue

Hello,to my brothers and sisters of this site.I may not be on here to much for the month of Feb.I got to get and scan for my left kidney.This makes the forth operation on it. I had 3 kidney failures.I am praying that they can save this kidney.
In pain,some what ,until the operation here in south carolina. When i get this done,,and i get better ,am back on the FD.Well,i have not left it yet..Keep me in your prayers. Because this old girl don't give up that easy...Thanks Brenda 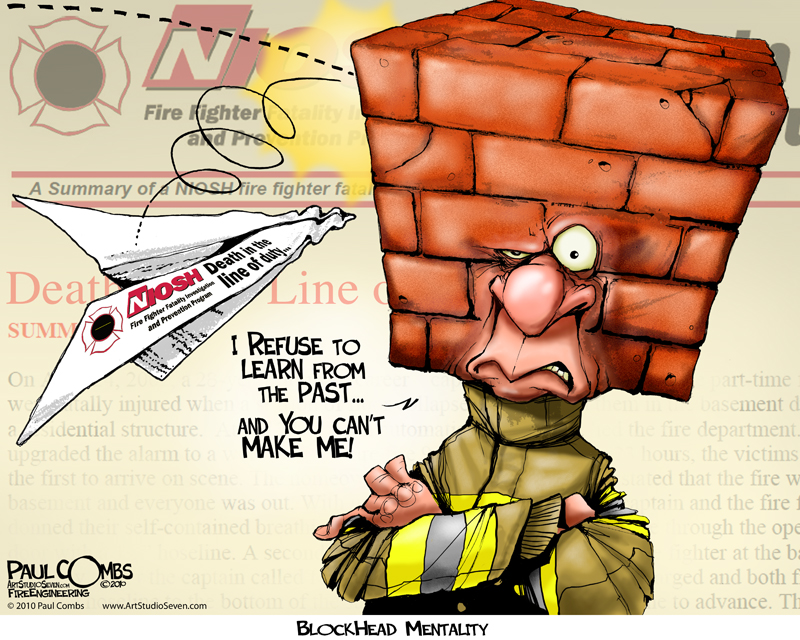 I don't know how to feel about this...

So I spoke with a department psychologist and they told me that I have post traumatic stress disorder. I have nothing against PTSD and I think it's something to take serious, but I'm not sure exactly how I feel about being told I have it. Even if I accept it I have no idea what to do for it or anything about it.

Three Firefighters have Died Since January 1

Since January 1, 2010, we've lost three firefighters. All suddenly and unpectedly collapsed - under the age of 51 and in good physical "shape". While we at the CPTC believe HCN in fire smoke is a significant contributor to heart-related deaths, we of course cannot state with certainty that these firefighters were victims of fire smoke. What we can state as factual is that HCN chips away at the heart and brain with every exposure to smoke. We're starting to see a small movement among departments… Continue

This was tremendous pleasure that I'm posting this blog about a man who truly represents what people call of firefighters firefighter Tom he Miller was selected today.
Washington, DC – Long-time Indianapolis fire fighter Thomas H. Miller was selected today to become the General Secretary-Treasurer of the International Association of Fire Fighters, which represents nearly 300,000 paid, professional fire fighters in the United States and Canada.

The General Secretary-Treasurer is… Continue

OK! I have a question. I have brought this up to the past few groups I have worked with. It stems from the video of the kids (recruit firefighters) from the DC area putting on the demonstration to the pre-school kid and they get burned. If you haven’t seen it – here is a short clip. Demo very short.wmv
This also springs from recent firefighter injuries and fatalities. Guys falling through fire… Continue