"Give your Ladders a little love"

"A clean tool is a happy tool, and portable ladders are no exception. Keep your ladders free and clear of fire debris and clean as needed with careful focus on the extension ladder's moving parts. Pulleys, ladder locks, and fly section channels are prone to collecting debris." Pg. 270, Chapter 22.

Often hidden in a compartment and out of sight, the portable ladder is thrusted into action at a working fire with an occupant…

I will attempt to post a simulation every week, this first one is a working fire in a multi-family residential, the fire is called in as a porch fire but while en route you are updated to a more serious condition of possible people trapped.

Residence is a common response address for your department re: EMS go ahead and make up what ever… "I'd bet my life I did much better on this Captian's exam!"

I heard this recently after the results of our captain's promotional process was completed.  I actually heard variations of it more than once, and sometimes with a tremendous amount of conviction and passion.  Maybe even more conviction and passion than was used to prepare for the test.  That is my explanation for the poorer scores.

As head of the training division, I was tasked with preparing and executing a promotional exam.  Preparing for and taking an exam for promotion is pretty…

The events that often lead to tragedy could have been prevented through education and more comprehensive prevention. Preparation for such events can also reduce the negative outcomes of these events. Preparation and planning of a disaster should not be limited to plane crashes or hazmat spills, but should…

They possess a sense of grace, of beauty they unfurl
Each time they spread their wings--a mission to fulfill.
God bless the heroes of our day, for them I have great pride
And memories of the fallen ones who lived close by our side.

This is a tribute to my beloved father, James John Patrick Laughlin, who was a firefighter, who died at the age of 48 and who is his daughter's hero at heart.

Did no one ever tell you you are angels in disguise
Adorned with wings invisible to all of human eyes?
The embodiment of strength.....goodwill, protecting care
We see that in our heroes, our heroes, unaware.
Their job is done unflinchingly, their heart is on the task
Of overcoming… Continue

PASSION: The six stages of the double edged sword.

It is in great sadness, that we as a Brotherhood, post the 36th Line Of Duty Death for 2015 from the United States Fire Administration. Fellow Brother Firefighter & Captain Jason Farley has made the ultimate sacrifice in love for their fellow man. Our sincerest condolences go out to the family, friends and our Brothers & Sisters with the Claremore Fire Department.

Back before super stores, mega malls and big box stores, consumers in many towns purchased their clothing and household goods from stores located on respective “Main Streets”. These stores had large display windows that advertised what shoppers could find once inside (Think Ralphie from the movie A Christmas Story staring at his Red Rider BB Gun). Because many of these Ordinary Constructed Type III structures were built specifically as retail these display cases had what best…

"Never forget and always be grateful"

Today we take a moment to thank each and every veteran and their families for the sacrifice they have made to provide for our freedoms. We remember all of those brave soldiers who did not make it home and made the ultimate sacrifice, giving their life, for those of us resting under that blanket of liberty. …

Tradition. Pride. Dedication. Self-sacrifice.  These are some of the reasons we embark on a career, volunteer or paid, in the fire service.  If your department holds these values essential, then I applaud you.  I have unfortunately experienced first hand, by seasoned members, an absence of ownership, lack of mentoring, and general disregard toward the enthusiasm of the upcoming generation.

Sadly this occurs at any level in the fire service.  For example a senior member or…

Sometimes in life and in our work we wake up one day and we look back and we find that somehow we have slipped away from the real and important things that bring worth and value to our lives and to our work.

I like to describe the changes that seem to…

It's just a T-Shirt

So you have put the time in to study for the promotional exam. You have made it through the assessment centers and the interview process and have been handed a new t-shirt. The letters on your back have turned gold and you are ready to start your journey as a Company Officer, or are you? Anyone can wear a shirt with gold letters on their backs. If we choose to not take the responsibility and live up to the title that is on our chest, then it’s just a t-shirt and nothing else. The shirt and… 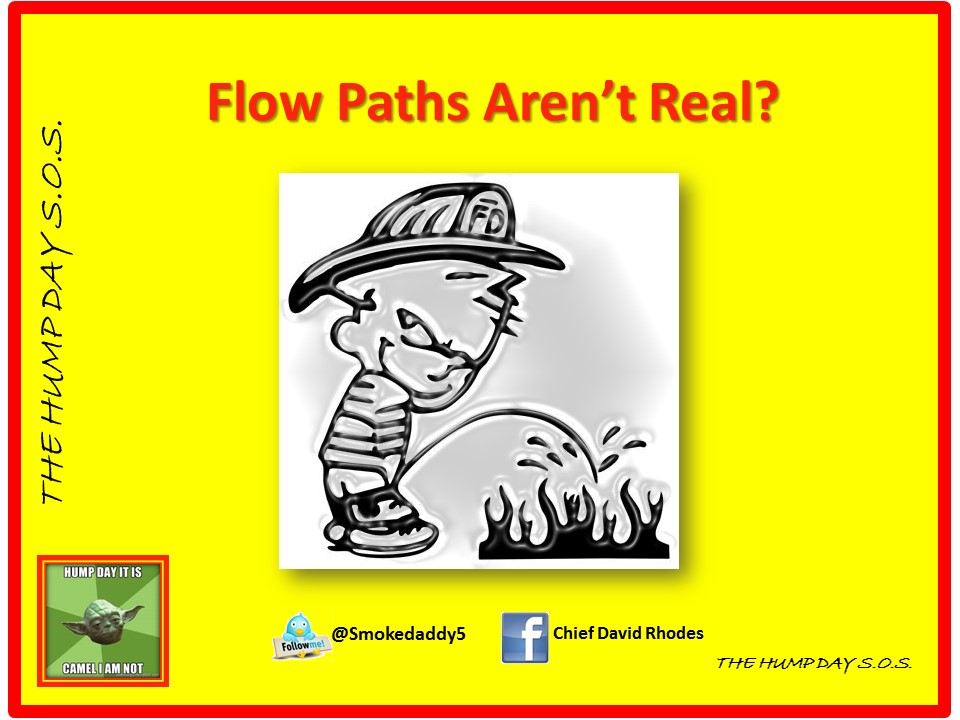 Some really good friends who happen to be excellent firefighters told me that there wasn’t any such thing as flow path. Their position was that it was really convection and flow path was something someone made up to make a name for themselves. I initially said no,…

Scenario: I am seeking to create a diverse cadre of instructors in fire academies and there is little on the topic. How does a fire chief or training officer select the best individuals for this important position?

The question you should start asking is what constitutes a “diverse” instructor cadre and what are the important elements to seek out when creating this group of instructors. The term Diverse in…

It is in great sadness, that we as a Brotherhood, post the 35th Line Of Duty Death for 2015 from the United States Fire Administration. Fellow Brother Firefighter Dwight Greer has made the ultimate sacrifice in love for their fellow man. Our sincerest condolences go out to the family, friends and our Brothers & Sisters with the Philadelphia Fire Department in Mississippi.

It is in great sadness, that we as a Brotherhood, post the 34th Line Of Duty Death for 2015 from the United States Fire Administration. Fellow Brother Firefighter & Lieutenant Kevin McRae has made the ultimate sacrifice in love for their fellow man. Our sincerest condolences go out to the family, friends and our Brothers & Sisters with the District of Columbia Fire Department.

It is in great sadness, that we as a Brotherhood, post the 33rd Line Of Duty Death for 2015 from the United States Fire Administration. Fellow Brother Firefighter Timothy Gunther has made the ultimate sacrifice in love for their fellow man. Our sincerest condolences go out to the family, friends and our Brothers & Sisters with the Poughkeepsie Fire Department.