A modern issue in a legacy residence......Venting The Stairway Landing Window

When I became a firefighter twenty-seven years ago my father who spent thirty years on the job in the same town offered me a bit of advice when fighting fires in our town's residential structures, when fighting an upper floor or attic fire a good engine company making the advance with the initial attack line will take the stairway landing window(s) to vent and in turn make the the advance a little easier and in turn also assist crews attempting victim search the old fashion way of through the interior.

With today's modern fuel loads and all that has been gleaned from UL and NIST this once common place tactic of taking the stair window may bring fire right on top of an engine company and may have even worse consequences on a company stretching dry preparing to fight an attic fire. Stairwell landing windows are commonly found on older residential structures as this was the primary way to ventilate and allow light to upper floors, you most likely will not find these newer homes.

I am not saying that venting this window should never again be done but this well tested tactic may need some added thought prior to automatically performing it on every working second floor and attic fire. The key as with the tactic of ventilation on any type of structure is COORDINATION!

I am not a huge fan of articles and authors stating the term "The Modern Fire Environment" I worry that many younger or less engaged members may mistake this as only affecting operations in newer structures, the "Modern Fire Environment" needs to be considered in all structures regardless of era. Not trying to change minds with this just trying to give those of of us who work in older communities something to think about before your next worker in the upper floors of a legacy structure. 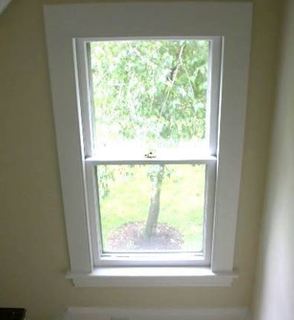 The stairway landing window is commonly found in legacy era homes to allow ventilation and light to upper floors. 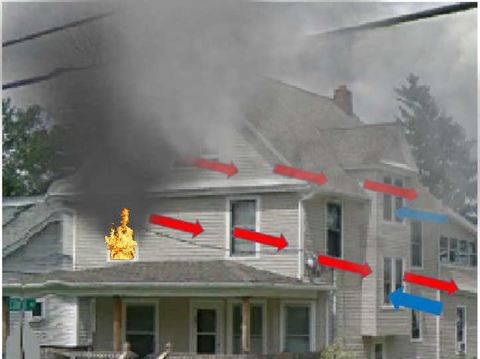