It's hard missing someone 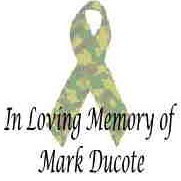 The 20th of September, a Saturday You chose to go your own way.
While riding along, the path you decided
Took an interesting turn, and to God you were guided.

You left us that day doing something you love
Now you watch and guide us from far up above.
We cherish your memories to help carry on,
Still though it hurts us to know that you’re gone.

We have posted a a new tactical discussion on our "Online Drills" area of our website. Please feel free to jump in and give your response and opinions. Remember, all posts must be signed with your first and last name to keep the discussion positive and professional so learning can take place

The drill is located here: http://brotherhoodinstructors.com/wordpress/?p=229

It is geared towards firefighters of all… Continue

I am deeply saddend to hear that Mike Reed slipped into eternity this last Saturday. Mike was a great guy and a wonderful instructor.
I've known him since our Wayne Twp days back in the early 1990's. He had taugh the first Safety Officer Class for us in Jasonville and all of the people loved his wit and attitude.

Our prayers to his family and many friends.
The Indiana Fire Service has lost a jem.

Job opening in Southeast Alaska. There is a road system to Skagway from Whitehorse YT Canda so it is not quite as isolated. Ferry system is also offered to access other southeast locations.

Chemicals on the Farm

Many farms contain HAZMAT chemicals such as herbicides, pesticides, insecticides, etc..
Below is a list of chemicals by trade name and common name with a health hazard and fire rating:

Straight tips vs. fog nozzles. Just putting this out for debate. My Dept does not have straight tips on any line. The few we have are locked away in compartments. Most lines are pre-connected with fog nozzles, I have a personal opinion. I believe we should split the nozzles half straight tip and half fog. I like straight tips for putting water on the fire and if the straight tip is used correctly it can keep both fire and water damage to a minimum.

Over the last couple of years I have had the priviledge of coordinating our annual "Fill the Boot" for MDA here in my Fd. I don't know how but I do know who has signed me up for the MDA Executive Lock Up. So this year I am starting early and going to do my best to raise my bail to get out of jail in an effort to raise money for MDA. I would love to raise my $2400 bail and even more in hopes of sending a few kids to summer camp and maybe also attend myself this year! I know how much everyone… Continue

Recently there's been a lot of talk about water "pushing" fire. I want to know people's opinions and personal experiences of this phenomena. For instance, consider the following scenario:

With a limited crew do you try to knock some of the fire down by stretching to side alpha and hitting it quickly from the exterior until additional crews arrive.… Continue

My department has recently sent myself and a few other to a confined space operations and technician class. Upon doing some inventory to get our departments confined space program operational we discovered that we need bunch of supplied air hose. We currently have 200' of Scott air hose and are probably seeking to buy about 1000' more. My question is, in adventure of pricing what is the suggested length of hose? I realize 300' is the maximum distance a rescuer can go into a confined space. It… Continue

It's sad to see anything lost to a fire but when you weigh in the "Risk vs. Benefit" the lives of innocent bystanders and our safety comes first and the property and any extension to existing structures that may be near by come second. I was out of town in my nice warm ice house when I got a phone call about the fire when it happened. By all accounts of what I have heard about the incident, it sounds like the fire was burning for some time and had gone on undiscovered for quite some time before… Continue

I was wondering how other departments educate their personnel on fire behavior. I use to do the old boring essentials slides but these were pretty worthless. In February I started a new hybrid program that combined a lot of different ideas. It seemed that our personnel now have a better understanding of the pre cursors. Which in my opinion is what matters. Who cares if they know what a back draft looks like if they are in any type of extreme fire behavior I pray they can come tell me about it.… Continue

I volunteer for a department in north Florida and we are needing some bunker gear. We asked the county to help out but it's not in their budget at the moment. We just reopened the station after 4 years of being inactive and the only gear that we still have is 1986 edition. We have 7 guys and 4 sets of this old gear that I don't even trust. If anyone is geting rid of any gear or knows a department that is, please let me know. Right now we'll take anything that's available. Helmets, gloves,… Continue

The Show Goes On

To My Brothers and Sisters in the Service:

So its been a few months now, and I still miss the Chief. The new guy is good. I like him, together with the other officer on our shift, we are forging a new team and it is working out well. I still miss Phil. I keep expecting him to come into the battalion's office at the big house, ...shouting out his familiar greeting. We all miss him. But as the film says, the show goes on. Rest in Peace, Brother.

Its been a long hard winter,… Continue

My partner and I just started a Recruit/Cadet training program if anybody has any suggestions of some drills or even classroom material it would be greatly appreciated.

Does anyone have any experience working with hearing impaired firefighters. We have had two of these people join our fire department. This is a new experience for all of us and I am not sure of the outcome. Any comments would be appreciated.

Just got back from and call,1050,and grass fire. I notice some fire fighters did not dress out.On-lookers .When you are at and scene,in our county you dress out,that is on our dept. Have not been on here due to many calls,and working over time.Brenda

Here is your chance to visit the "Last Frontier"! Be sure not to miss this exciting event in the Fall of 2009. Our Annual Joint Conference offers some of the best H.O.T. and training topics in the Country. Well known instructors and vendors from across the U.S come to Alaska every year to help make this conference one of the best and most exciting for a smaller conference. Our conference offers plenty of time to enjoy the sites, scenery and activities of the "Biggest City" in Alaska… Continue

Who Will Lead FEMA Next?

Okay here is the latest and greatest attempt to better the American Fire Service and the rest of the Emergency Responders in America by President Obama.