Legal Series - For Cause Drug Testing

Question – my department wants to start random drug testing. Many of the members have refused and have been threatened with termination. Our Union indicates it is a good idea, but cannot articulate why. Can you help?

Response – drug testing in the fire services has created one of the greatest controversies in our industry. With the emergence of recreational use of marijuana in Washington State and Colorado, it compounds an almost impossible job for…

It is in great sadness, that we as a Brotherhood, post the 9th Line Of Duty Death for 2016 from the United States Fire Administration. Fellow Brother Chief Driver James J. Butler, Jr. has made the ultimate sacrifice in love for their fellow man. Our sincerest condolences go out to his family, friends and our Brothers & Sisters with the Derby Fire Department - Paugassett Hook & Ladder Company #4.…

It is in great sadness, that we as a Brotherhood, post the 8th Line Of Duty Death for 2016 from the United States Fire Administration. Fellow Brother Firefighter James R. Varnell has made the ultimate sacrifice in love for their fellow man. Our sincerest condolences go out to his family, friends and our Brothers & Sisters with the Bakertown Volunteer Fire Department. 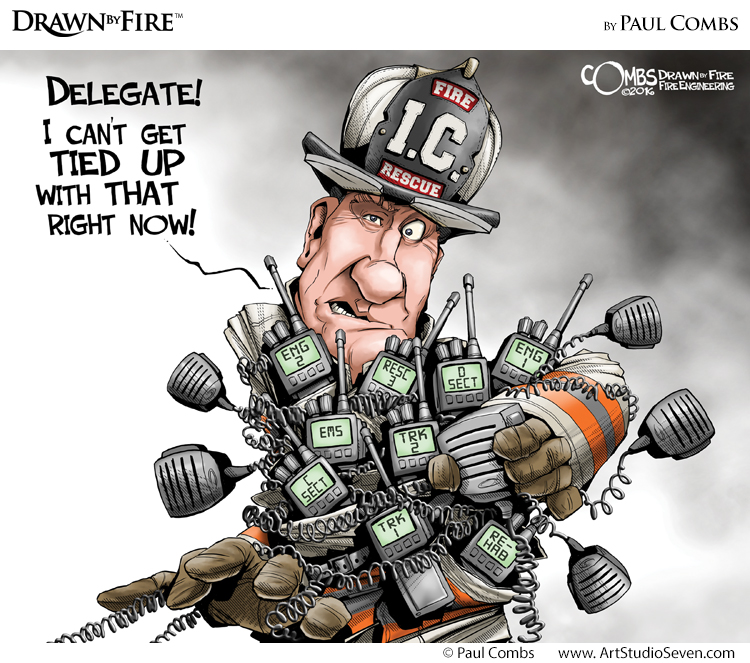 How tight do you hold before you lose control? Any horse rider or race car driver will tell you it's a delicate balance between holding on tight enough to maintain control, but not so tight as to lose flexibility.

Lyrics by 38-Special may say it best "Just hold on loosely, but don't let go. If you cling too tightly, you're gonna lose control."

Its the dead of winter, football season is over and spring seems so far away.  This is also the excuse season, the time of the year where most people fall off the fitness wagon and start to make excuses.  Its especially easy to make excuses and miss workouts if your not seeing results.  So, today I wanted to give you a little guidance and motivation (check out the FRF Fit for Duty…

On the Hawaiian island of Oahu, thousands of people are gathering to watch what is considered to be the most prestigious surfing event in the world. The Eddie Aikau Big Wave Invitational matches some of the top surfers on the planet with swells towering higher than many of our houses. In fact, the event does not even take place if the waves do not exceed heights of twenty feet. It is for this reason that the event has only been held nine times in last 31 years. Organizers refuse to sacrifice… As firefighters there are so many things we need to be thinking about during an emergency scene.  Rig placement, radio communication, building construction, fire location, and smoke color, volume, and pressure are only a fraction of the things that run…

In a winter-time cold snap, it’s inevitable that departments will be called to respond to numerous broken water pipe incidents.  Almost every firefighter in the country can find at least a handful of sprinkler-protected buildings in their response area.  While we can certainly all agree as firefighters that sprinkler systems are a tremendous benefit to life…

I have written previously on Facebook - IN THESE BOOTS about the life lessons learned from athletics and how they can be applied to the Fire Service. Coaching, leadership, teamwork, selflessness, pride, failure, success, attitude, attitude and attitude all apply to success and winning in any field of endeavor.

I wrote about the journeyman pro catcher at an…

A riddle: What feature does almost every dwelling already have, can prevent death despite a raging fire, occupants often neglect to put into service, but which firefighters can utilize to improve conditions?

Recent fire dynamics research has lead to recommendations for dramatic changes in our approach to structure fires, with debates and arguments…

Many fire departments designate one engine company as RIC on first alarm to a building fire. This is done to ensure that the responsibility of RIC is established early in the game and takes the place of the Initial Rapid Intervention Crew (IRIC) which is the “two-out” part of two-in, two-out. The use of a first alarm engine company as a dedicated RIC is an example of the Safety Engine concept in action.

"We must recognize the importance that staircases have in all of our operations, from pre-fire control to overhaul. We must understand their structural building components, know the materials used, their limitations, and how to prevent and overcome problems impeding our goal of going up or down the stairs. Anytime we are going up or down steps, we must be extra alert. We must also recognize and plan to utilize a secondary means of egress…

One of the greatest life lessons that many of us have been taught is to “practice what you preach”.  It is valuable guidance that encourages all of us to…

In my last post (part 3: Troubleshooting), I mentioned a the radio relay and Vehicle Repeater System (VRS). The former is a quick solution that requires personnel in dedicated positions; the latter requires a unit with VRS to arrive on-scene and activate the VRS. I will address both in this post, as they are the simplest options for fixing a tactical communications problem.…

This week’s “Quick Tip” is simple…GET TO AN EXTRICATION CHALLENGE!…

If Not Us, Then Who?

The public has a set of expectations when they call the fire department. They expect that we will: 1) Save anyone that is inside 2) Put the fire out.

Many departments (including mine) give awards for saves and great stops on fires.  I’m all for awards and unit citations, but if you really think about it, we are giving awards for meeting the expectations of the public.  Does any other job do that?

I set out my trash…

You will find in various text books and firefighter skill sheets that the swing of a door should dictate how the forks of the halligan are oriented to the jamb for forcible entry. When “forcing” a door is viewed as a single step process this type of approach makes sense in that the orientation of the forks to the jamb will maximize the mechanical advantage and therefore the force delivered.…