Blogging Then and Now

Every now and then, I have to remind myself that I have been blogging for a long time.

My first article went up at Firehouse.com during the early days of the MembersZone feature. Back then, you could sign up for free, but if you paid, you could get content that wasn’t available with the free membership. That first article was posted in the “Volunteer’s Corner”.

From there, I went to the IACOJ website, where I posted several blogs in the “ChiefReason” section.

It is in great sadness that we as a Brotherhood post the 8th Line Of Duty Death in 2012 from the United States Fire Administration. Fellow Brother Firefighter and Captain Walter Sumner has made the ultimate sacrifice in love for their fellow man. Our sincerest condolences go out to his family and members of the Cranesville Volunteer Fire Department.

This is a firefighter or victim rescue company drill that intimidates some, but once you break it down and train, it can be done quickly with just a few firefighters.  The scenario simulates a heavy victim inside the window where rescuers cannot lift the victim out the window.  The high-anchor point with a modified 2:1 provides extra lifting power.

The set-up can be done quickly with one firefighter if needed.  You will need an extension ladder, a life safety rope (100′ will do), and… 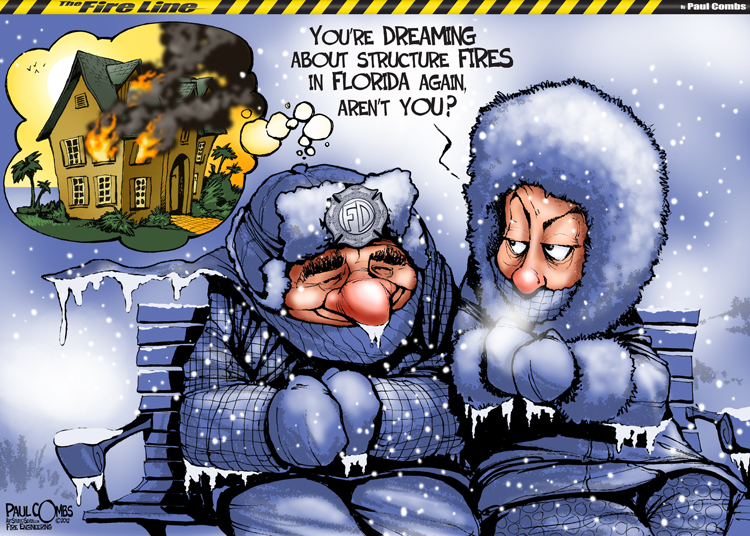 Hang in there, my Brothers and Sisters in the north - Spring is just around the corner!!!

Two phrases heard frequently in the Fire Service, "We will never" and "We have always", are ignorant statements and are just not true. In a profession that constantly encounters new situations, why do we speak in absolutes?

In the previous post, I discussed Training Warning Flags. The first posed question was, Does your training staff (Training Officers, Instructors, and Senior Firefighters) feel responsible for the performance of their students?

This is such an…

Pump anodes to prevent pump failure due to electrolysis

We have had two pumps through our shop, in 2011, that the pump housings were totally eaten away causing a failure of the pump. It first appeared to be bad water systems or operator error, however when the second showed up, we begin noticing the the intake strainers were being replaced more often that usual. Both apparatus have polytanks.

A third apparatus from 2010 that had a pump failure, had the same damage as the two new pumps. The 2010 repair, originally had a steel tank, but it…

Does anyone know of a state that requires a state ceertification for a person or company to conduct pump certification test? There are alot of departments here that are getting taken on annual service test being done by people who have never heard of NFPA 1911. Any information will be greatly appreciated. BOB

This week we've got a rippin' 2-story single family dwelling.  Share your strategies, tactics and experience!

A couple of weeks ago I wrote about "The Sickness" in the fire service. There was a great deal of conversation from this post that was constructive and on point. I must admit that I wrote it with this post in mind. Actually, this post came to me before that one did, but I wanted to define the problem in a way that most could relate to.

While reading the responses to the post a great guy and respected chief posted a response, "OFFICERS" as the solution. I couldn't agree with him more… Continue 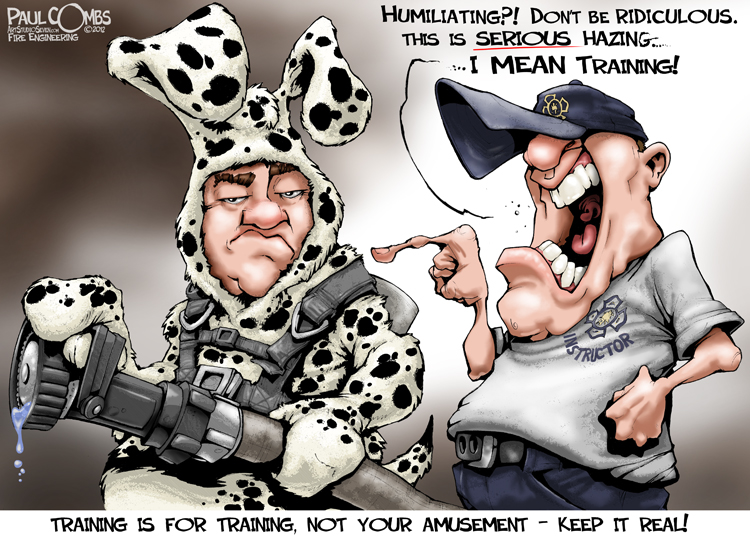 The firehouse and training grounds are very fun places to be. Lighthearted jokes and razzing are the norm - and quite honestly a very healthy behavior. Good-natured poking and prodding creates friendships, camaraderie, trust, and some of the best nicknames in the fire service. However, when good-natured fun turns to hazing, you need to step in and stop the…

Yesterday was the first 24-hour period in two weeks that we didn't have a call. I'm not sure what to do with the "free time." Last week, with the flooding and storm, we had 12 calls in 36 hours. Maybe I could take up knitting. With fire-retardant yarn, of course.

This webinar addresses many of the questions about the relationships between green standards, codes, and rating systems. This webinar was developed collaboratively by ICC, USGBC, ASHRAE and AIA.

When I grow up I want to be a retired firefighter!

When I grow up, I want to be a retired firefighter!

Ok that may have not been your response to that timeless question. However about ten years into your career this answer will hold more relevance. Long nights away from your family, missed baseball games and birthdays. We have all sacrificed our time for the greater good with the hope to be able to retire with…

We are well aware of the fact that fire behavior is heavily influenced by many factors; ventilation, construction, wind, fuel loading. The fact is that there are just as many if not more variables and factors at work on human behavior as there are in fire behavior. The ignorance begins when we watch a video and believe that those at work on the screen are in the same frame of mind as we are at our desk. Only when we consider these influences, couple them with the presented conditions can we…

Training is an issue in any department. At some levels the firefighters cannot get enough training. Whereas some, well, we know how they act. We tend to decide if a training was successful or not by getting those “other guys” to step up and train with us. Could we be missing something though? Are we capable of detecting Warning Flags in training? Do we always have control over those warnings? Let us look at some self-diagnosis.

Are you ready for the Mayday?

Most Firefighters understand what a mayday is and are familiar with Rapid Intervention Crews. What you may not know is that the NFPA has a standard for the qualifications and training "to save our own." Over the weekend, I attended a NFPA 1407 implementation course. This 8-hour session concentrated on the standard and ways to integrate it into our training so we meet the standard for RIC. Rather then get into my own thoughts and knowledge of the subject; I would rather publish a simple list…

It is in great sadness that we as a Brotherhood post the 7th Line Of Duty Death in 2012 from the United States Fire Administration. Fellow Brother Firefighter Bruce Turcotte has made the ultimate sacrifice in love for their fellow man. Our sincerest condolences go out to his family and members of the Hopelawn Engine Company No. 1.

It is in great sadness and with heavy hearts, that we as a Brotherhood post the 6th Line Of Duty Death in 2012 from the United States Fire Administration. Fellow Brother Firefighter III Duane Ibarra has made the ultimate sacrifice in love for their fellow man. Our sincerest condolences go out to his family and members of the Maui County Department of Fire and Public Safety.

This one is hard to swallow since it happened less than 20 miles from where I started in the Fire Service and where many family and friends live!

It is in great sadness that we as a Brotherhood post the 5th Line Of Duty Death in 2012 from the United States Fire Administration. Fellow Brother Firefighter Brandon Little has made the ultimate sacrifice in love for their fellow man. Our sincerest condolences go out to his family and members of the United Hook & Ladder Company…