It is in great sadness, that we as a Brotherhood, post the 77th Line Of Duty Death for 2013 from the United States Fire Administration. Fellow Brother Wildland Contract Firefighter Oscar Montano-Garcia has made the ultimate sacrifice in love for their fellow man. Our sincerest condolences go out to his family and friends and our Brothers & Sisters with the Rogue River-Siskiyou National Forest.

A corrections officer is charged with second-degree arson in a Brooklyn two-alarm fire that injured 12 people, five critically. Engine 233 transmitted the 10-75 for Box 861 at 375 Chauncey Street. Battalion 37 gave the All-Hands and ’doubtful will hold’ with a report of fire on two floors and…

To break or not to break? That was the question...

Interesting fire a few days back in a manufactured home. Moderate case of "Colliers Mansion" throughout made the stretch tough. Heavy smoke conditions enveloped the structure upon arrival with no visible fire showing. Definitely in a "ventilation-limited" state. As I got a quick C side view prior to making entry for back up fire attack, I… 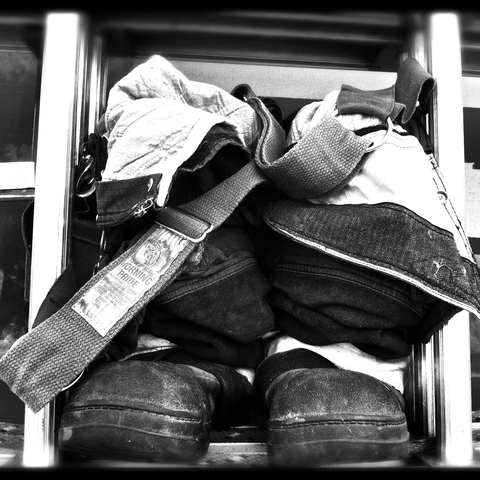 We had a great auto extrication drill the other night and we did it all by ourselves. Nobody asked permission, we simply called a tow company and had a few cars delivered. As we passed the hat around the table to help defer some of the $200 out-of-pocket cost to the firefighter who set up the drill I…

Hey Folks, today’s blog is a result of my frustration with the continued inept (and down right dangerous) management of basement fires. Generally speaking, basement fires are often (unnecessarily) chaotic events. In the spirit of transparency, I am inspired to address this issue by my growing frustration and disappointment in my own working environment.  As a disclaimer, I will keep the specific Department anonymous, however in order to be fair, I am not speaking of either the Washington DC…

It is in great sadness that we as a Brotherhood post the 76th Line Of Duty Death for 2013 from the United States Fire Administration. Fellow Brother Firefighter & Lieutenant James Fellows has made the ultimate sacrifice in love for their fellow man. Our sincerest condolences go out to his family and friends and our Brothers & Sisters with the Clearwater Township Fire Department.

Portland firefighters responded to a structure fire on North Maryland Avenue on 25 August. The structure was once a YWCA building and women’s shelter and had reportedly been abandoned for five years.

According to KOIN a homeless couple and their friend were… I am honored to be drawing on another USO tour in the next few weeks, so I will not be posting again until mid-September. Please keep my cartoonists brothers, and all our active, wounded, and retired warriors in your thoughts and prayers.

For many of you, when you hear “Nozzle Forward” in the fire service, you know exactly what that name encompasses. For those of you who…

Brotherhood all around me!

What is it that you consider Brotherhood? Is it confined to duty hours? Is it all the time, but mainly for your crew or shift? Just your department? Local firefighters that you know?

Or does it extend to every firefighter everywhere, career, volunteer, black, white, purple, or not? If not, why in the world not?

Do we not share the same passion, the same vocation? Does fire not burn with the same intensity in Marlboro Mass., Kingsbury IN, Melbourne AU, London, New York,…

Old post on the anniversary of a bad fire. Remember the fallen by checking the conditions of dollar stores in your area. - Bill

Remember Lieutenant Carpluk and Firefighter Reilly by looking at dollar stores in your first due and asking "what if?"

A sobering yet poignant video Dan Shaw and I put together as launch our book! It is in the Fire Engineering Bookstore ready to ship today!

Please pass this video along, go give our FB "25 to Survive: Reducing Residential Injury and LODD" page, give us a "like" and buy a copy of the book today... make you and your firefighting team the best team they can be! 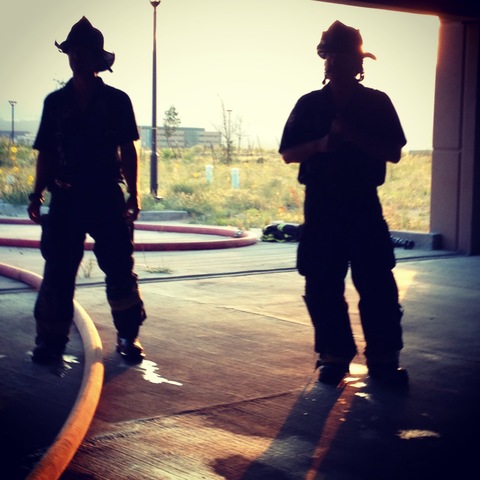 All of my life I have been known as a bit of a trouble maker.  I have pushed limits and challenged authority.  In the process, I have trampled a path that few have chosen to follow.  Sometimes it's a lonely…

The Duty To Lead - Part Three

The past two segments of "The Duty To Lead" have covered a variety of topics, including task competence, daily attitude, and perceptions being tied to one's personal affairs. This blog entry will round out the discussion, looking into topics such as the relationship between being an officer and being an instructor, some ways to encourage constant learning on your shift, and a few closing thoughts.… 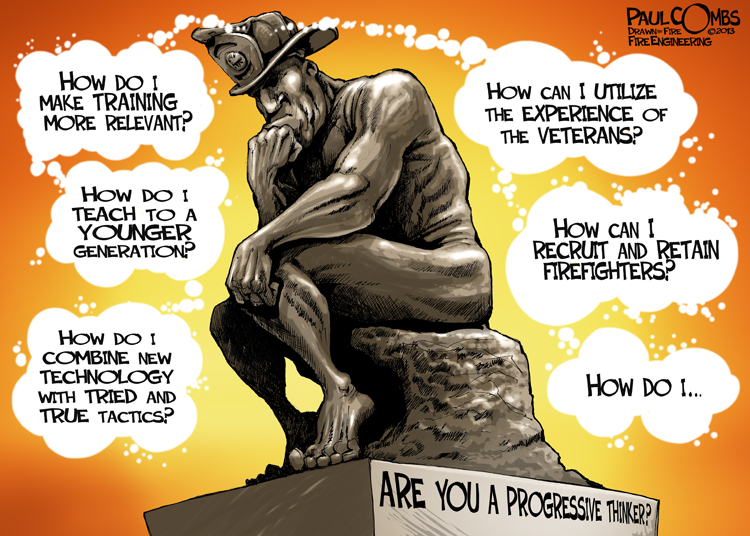 If you're not thinking forward, you are already behind! Difference makers prepare and shape their future by always thinking of innovative ways to accomplish a goal. So, are you a progressive thinker, or a complacent wallflower?

I would like to ask all firefighters to consider joining us at Wichita HoT this year. The dates are September 28 & 29. We have had a tradition of excellent keynote speakers and excellent hands on training. Wichita HoT is priced fairly so that we can provide the best training for as many firefighters as possible. The 2013 keynote speakers will be Chief Mike Lombardo (Buffalo N.Y. Retired) and Chief Dave McGrail from Denver Fire Department. All of the Wichita HoT staff are truly committed…

Here is another example of business owners expanding their operation upward, when adjacent property isn't available. Although this is good for extra occupancy, especially in a restaurant or bars profitability, it provides for certain obstacles and dangers for firefighters.

As was brought-up (by Jake Rixner) in my previous post about "rear porches", these additions (roof top decks/patios) aren't likely built to code. In a lot of jurisdictions, a roof top deck/patio can't be visible… 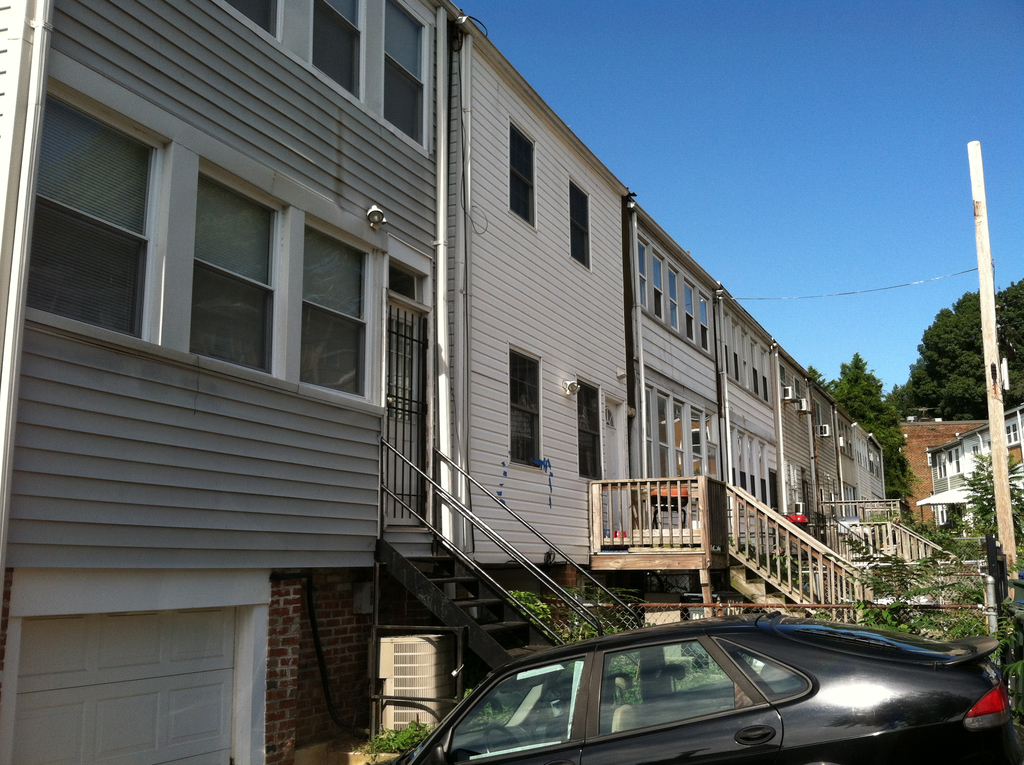 Although this type of construction is routinely found in cities around the United States, it is not all that uncommon to find them in the Main Streets of small town America.

WorkingFireChief.com has posted photos of rear porches in the past, but this type of configuration continues to pose challenges for operating fire units.

Did you know that…