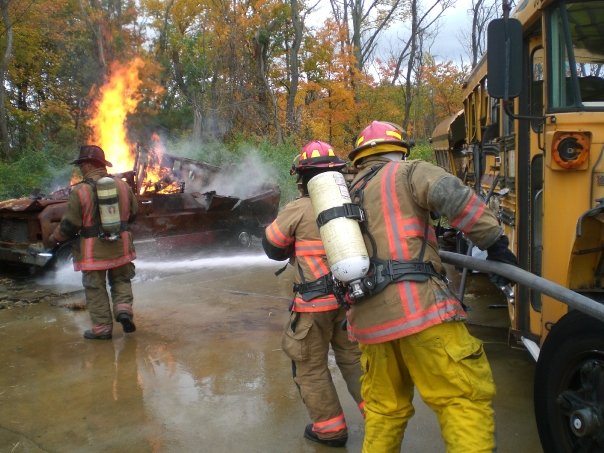 Do you remember your first day? Fresh out of drill school, your first shift? Walking in the bay, the smell of the tinge of diesel exhaust, the smell of the turnout gear in the lockers. The sudden realization that the controlled scenarios have now ended, the decisions you make may have very permanent results and that the danger is now even more real than ever…

We, and those who shape Us

What is the purpose of a fire blog? To me it accomplishes several things; including the following: Brain storming, ventilation (not the type accomplished on a fire scene), education, and many more that I am sure I will find out later.

I have been in the fire service for 10 years now. Several years as a volunteer, 7 at a career department, 7 years working on a day crew (for the volunteer department I was at, had to…

Are You the Example?

It's very hard to set expectations for your crew if you have none for yourself.

It's very hard to make your crew better if you don't make yourself better.

It's very hard to hold your crew to high standards if you don't hold yourself to those same standards.

IT'S PROGRESS, BY A NOSE! 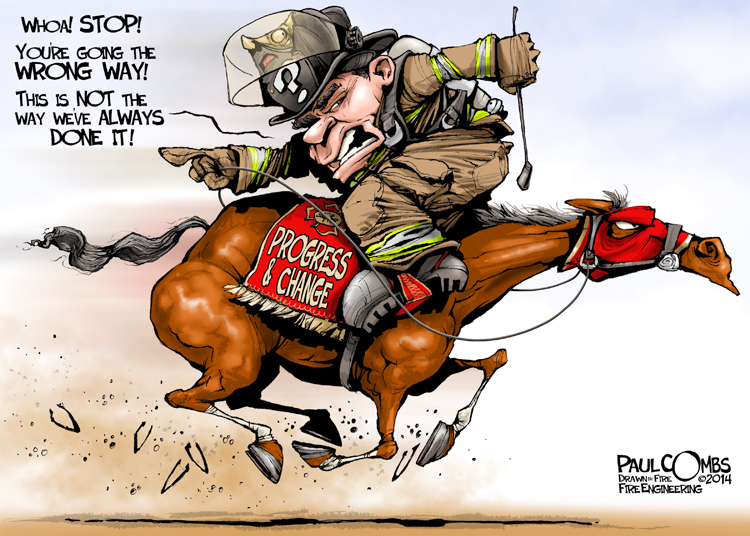 Change is inevitable, but there are those who cling to the past like a monkey with fuzzy hands grabbing a Velcro banana (get it? fuzzy, Velcro… ok, that was bad, but you get the visual). However, change brings progress, and progress is good. We need progress. Progress in gear, progress in apparatus, progress in technology, and progress in… wait for it… tactical…

Not An Officer, Not My Problem: Wrong Answer

There are several things that make my skin crawl when it comes to attitudes, performance and passion for our profession. If you read my blog you can probably nail down quite a few.  For some reason there is one statement that I have heard several times over the last few months. This statement just shouts mediocrity, apathy, and indolence. This statement is: “I am not the officer, it’s not my responsibility”. This has generally been used in conversations about poor performance of fellow…

Understanding and realizing we need to control the door for many… This week is another retro-SOS from my original first few months. These were pictures only so now that we are broadcasting out to the FE community and in full blog mode I will add some commentary. Again, if you already saw this one I hope you get another laugh or affirmation that you are not alone in your thinking.…

Are you Compliant Complacent?

What is this term "Compliant Complacency" you ask?  Well to be honest we are seeing more of it not only on the training ground but at fires as well. The underlying cause is textbook training.  When we…
Continue 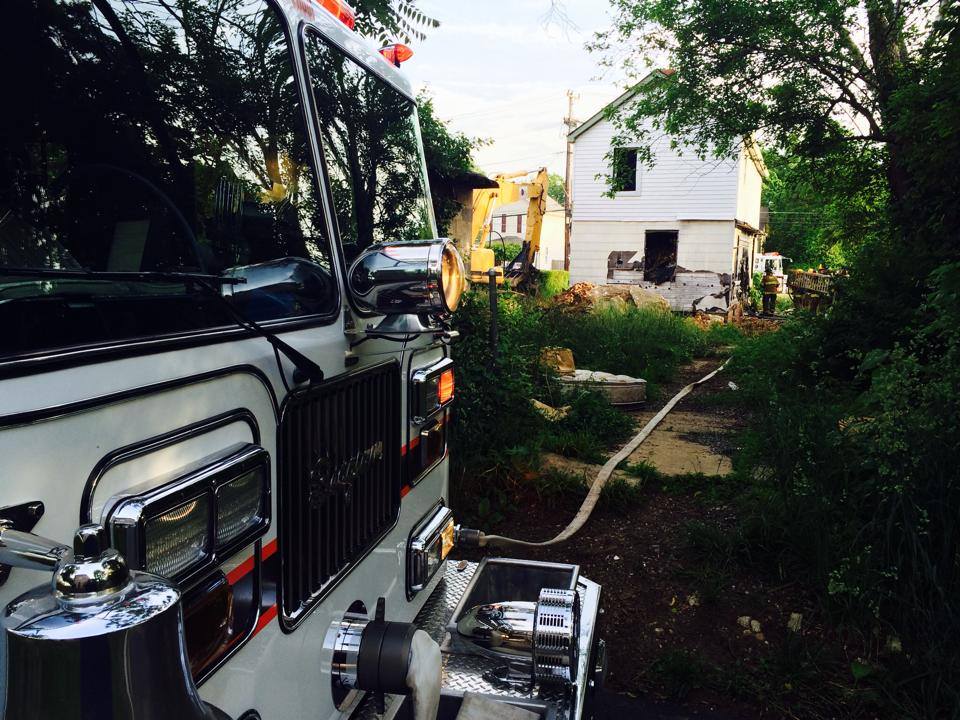 I haven’t always been the ‘out front’ type.  I used to spend my time in the back of the room, positioned perfectly to avoid being called on, or called out, able to…

What happens when you arrive on scene of an entrapment and have no struts or specialized equipment? Look at your apparatus and prepare for various stabilization scenarios. What do you have to stabilize until backup arrives? The picture shown, is a quick and easy Engine Co. stabilization. Is it better than a strut system? No. But it does work well with a couple wedges for a quick under equipped company. Backboard, come-a-long and wedges is a quick option. Just remember, not every department…

This Memorial Day brings home the realization that many of us in the fire service are veterans of the military and I thank you for that service.

You bring a new commitment and experience to your communities, again in uniform, with many of the traits you learned during your military service - honor, courage, selfless sacrifice's, commitment and duty.

Seeing that the Cold Water Challenge is out there and I have been called out Twice and completed , It's Time for a new CHALLENGE and this is one that we all can do ;

I'm calling out all those Brothers and Sisters to step up and Mentor one New Firefighter in the Their Department .. The Goal is to Pass on our Knowledge to them to make them a better Firefighter and a Better Brother .

The only reward is this Satisfaction knowing that we are…

We've always heard people are born leaders, they aren't made.

I'm not sold on that theory.

There are some who have that natural ability to lead a group of men and women into battle, but what about those who have been molded over time due to training and dedication to the service? 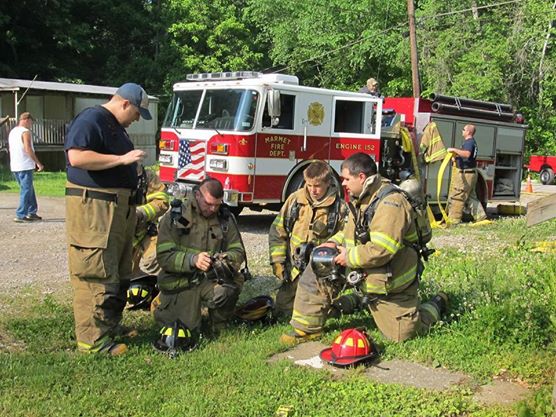 As a Chief Officer, it's great to sit back and watch a member grow… The term two-hatter has traditionally been used in the fire service to recognize firefighters who work for a career fire department, as well as volunteer for another. However, on this Memorial Day, I would like to recognize another two-hatter - the men and women who serve as firefighters in their communities, and serve our country as warriors here at home and abroad.…

It is in great sadness, that we as a Brotherhood, post the 39th Line Of Duty Death for 2014 from the United States Fire Administration. Fellow Brother Firefighter & Fire Crew Supervisor Ted F. Drake has made the ultimate sacrifice in love for their fellow man. Our sincerest condolences go out to his family, friends and our Brothers & Sisters with the Wyoming State Forestry Divison.

Brother in Need of Support

Hello FE Friends. Please, SHARE this with your friends as well. This could easily be YOU or I in time of need. We pray that never happens to anyone...  If each of us gave up just one coffee or soda to PAY IT FORWARD to a fellow brother, we would be able to help a brother in need without any real inconvenience. THANKS FOR SHARING.…
Continue

Living your life as a leader

People aren’t born leaders. Just as well, you can’t read a book and take some classes and then call yourself a leader just because you have a certificate in your hand. Leadership is so many things. It encompasses a set of skills that are learned, developed, and maintained through practice and practical application.  As leaders, everything we do and the choices that we make all have some kind of an effect or influence on others.  As a leader, you have a great responsibility to the people… 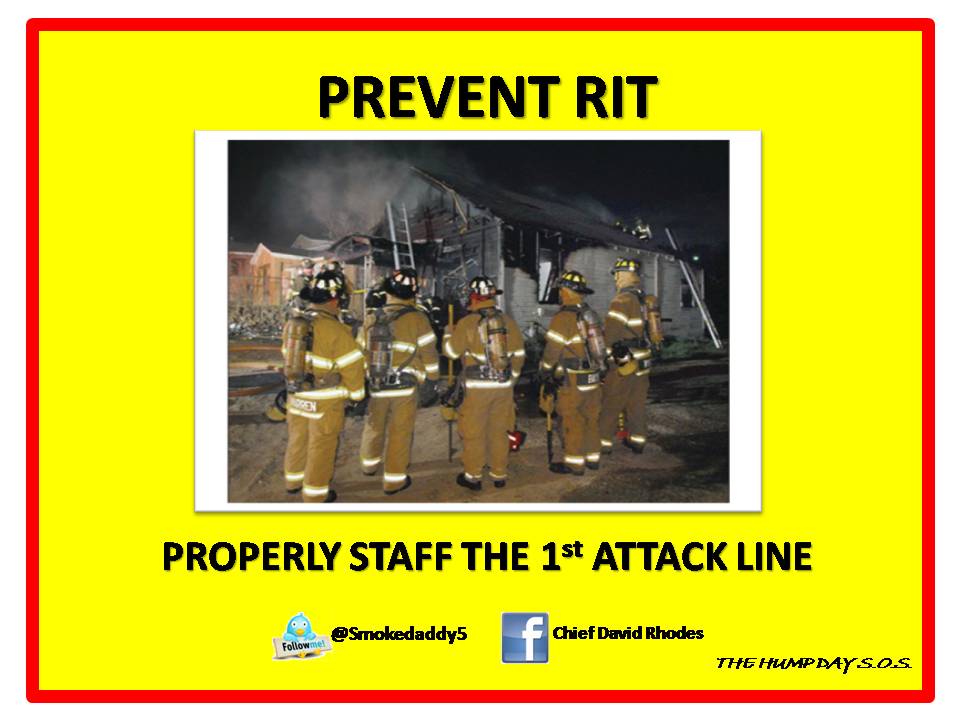 KThis week is another retro-SOS from my original first few months. These were pictures only so now that we are broadcasting out to the FE community and in full blog mode I will add some commentary. Again, if you already saw this one I hope you get another laugh or affirmation that you are not alone in your thinking.…

Technology is weaved all throughout the fire service. It has been for a long time. We have thermal imaging cameras, GPS locaters tied into our PASS devices, mobile data computers that tell us where to go, and where all of our hydrants are, and even fire apparatus that will set their own pressures with the simple push of a button. I am not saying that any of these things are bad, but are we beginning to become dependent upon technology? Technology has helped us save lives, improve…