Ok! On March 22nd. I asked "HOW DO YOU KNOW WHEN THE FLOOR YOU ARE CRAWLING ON IS BECOMING WEAKENED BY FIRE?" I had one fire officer post a comment. One!
Billy Goldfeder recently put out another e-mail on his "Secret List" about another firefighter falling into a basement in a floor collapse. PLEASE don't tell me that as an officer, don't have a method of determining the fire conditions below you. Please. Pass on to other firefighters how you know if the floor assembly you are crawling on… Continue

I need your input.

I need your input. I’m the head training officer for our Fire academy, and we have been in the market for a good Forcible Entry Door Prop. We have been looking at different ones for sometime now and have chosen to get Firehouse Innovations Crops system. While at FDIC one of my guys heard a couple guys from different Dept, stated they broke this door fairly easy after just a few times of using it. I know there is a 90 day warranty, and I didn’t know what they were doing… Continue

Apr 23, 2010
On Thursday, Battalion Chief Kwame Cooper presented highlights of a comprehensive two-year case study on what occurred in the Los Angeles City (CA) Department (LAFD) that prompted more than 25 work environment discrimination lawsuits between 2006 and 2009. In “Firehouse Pranks or Professionalism? The LA Story,” he showed the importance of effectively leading diverse commands at the local fire station level. He emphasized the importance of recognizing potential hostile work… Continue

In rememberance of our fallen brother!

This day and everyday we promised to "Never Forget" those who gave their lives in service and sacrifice to protect our fellow man. So today we remember and honor Spc. Donald P. Hyde, Ft. Wainwright Alaska FD, who answered his last call on this day 39 years ago attempting to rescue a 13-month-old child and his father in an apartment fire on Fort Wainwright April 26, 1971. All three perished in the fire or as a result of their injuries sustained from the fire.

location for the complete story on the truth of how the fire started will be held on May 15th 2010. Northern Kentucky University Nunn Hall Board Room Time 10:00am till 4:00pm.Everyone is welcome. thanks David Brock. email onemoment2105@netscape.net 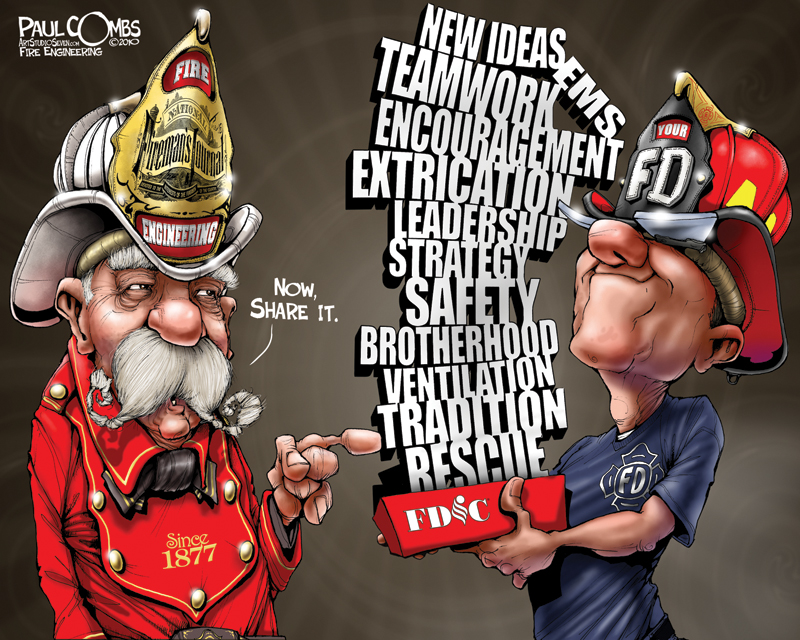 If you attended this year's FDIC, please take what you've learned and share it! It's what FDIC is all about. 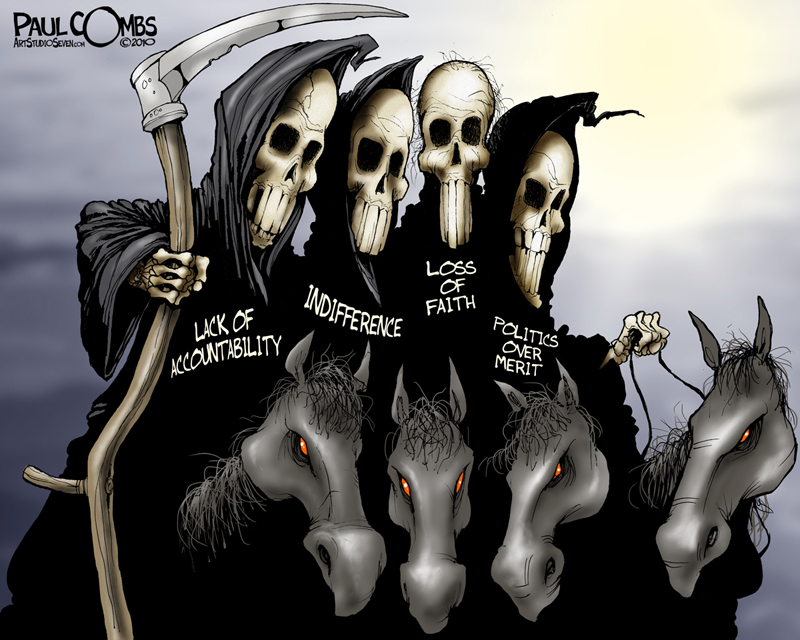 Above are the two illustrations used in Lt. Frank Ricci's passionate Thursday keynote address. If you didn't catch it, please go to the FDIC… Continue

Hey everyone. Just back from FDIC. Wow what a trip!!!! It was great to see all of the Brothers and Sisters from all over ...

First I would like to say THANK YOU!!!! Thank you to everyone for all of the kind words and support. Thanks to the Downey Family, Chief Halton, PenWell/Fire Engineering, NFFF, NFAAA, and everyone else that made the Ray Downey Courage and Valor Award possible. It is truly and honor to recieve this award.

Second I would like to "plug" a group that we… Continue

I didn't, but should have... Especially when a Brother from Australia ran the 3.1 mile course in a kangaroo outfit, with a stuffed Joey in his pouch (that took a real man) - but I chickened out and ran in plain running gear. It was an absolutely BEAUTIFUL day for the 5k, and the scenery was just as inspiring. I didn't… Continue

Those fortunate enough to have attended at least one FDIC knows how special the opening ceremony is. Personally, it gives me the chance to meticulously put on my Class A, making sure that every button is placed correctly and polished to a perfect shine. Not because it may impress some prominent chief, or wow some of… Continue

FIRE FIGHTERS: A CRITICAL MESSAGE FROM A COURAGEOUS FIRE CHIEF

This article link is from FirefighterCloseCalls.com

My hats off to Chief Halton for all he and those behind him have done to make FDIC the premiere FD Conference!

Once again congratulations go out to our brother and friend Capt. Eric Hankins for his selfless service and sacrifice to save the lives of two children on his day off.

Here is the article 2010 Ray Downey Courage and Valor recipient

It's Tuesday and the last of FDIC's H.O.T. classes are wrapping up. Many folks come down for the classroom sessions only, but if you ever get the chance attend the full week - you will never regret it.

I began today by "trying" to keep up with my boss, Chief Bobby Halton, as we dropped by a couple of training sessions. The classes were in full gear and I found myself listening in on the instructors within their respective groups. Always a student, I suppose. It was unfortunate my… Continue

I have been attending FDIC since 1998 and I must say, it's only getting better. Over the course of this week, I will be posting sketches and sharing some of what I see as the greatest gathering of Fire Service minds in the world. On a technical note: Please do not hold these sketches to the same artistic standard that I… Continue

Update on my sister...

They found a heart donor for my surgery yesterday. She went into surgery and the surgery went well. Now all we have to worry about for the time being is her body rejecting the heart which hopefully doesn't happen. So please continue to pray and pray that her body doesn't reject the new heart. Thank you for all of your support and prays.

The Rules of EMS Very Funny

The First Law of EMS:

All emergency calls will wait until you begin to eat, regardless of the time.
Corollary 1 - Fewer accidents would occur if EMS personnel would never eat.
Corollary 2 - Always order food "to go".

The Paramedical Laws of Time:

1 - There is absolutely no relationship between the time at
which you are supposed to get off shift and the time at which you will get off shift.
2 - Given the following equation: T + 1 Minute =… Continue

The Battalion The Series is coming to FDIC!

The Battalion will be in booth 3358 at Indy.

David Furtado, the producer, camera guy and one man show, will also be doing a live feed on Friday night nomally from Live feed or… Continue

Congratulations to all the selectees!