During extrication courses, I commonly see students struggle with posts/pillars that are slightly larger than what can be severed with a single cut. This can be due to post thickness, width, or various trim pieces in the way. One often-overlooked method that works very well is a style of compression cut. As shown below, the post in the picture is just outside…

FDIC International 2015 - The Bridge Between Research and Tactics

The fire service is evolving everyday and this couldn’t be more evident in a recent illustration by Brother Paul Combs. This past month’s illustration gives us insight on the necessity to understand, study and learn more about fire behavior.

Does your department require you to live within the boundaries of your city, municipality or community in order for you to keep your job or to be eligible to be hired?

These rules are called RESIDENCY REQUIREMENTS affecting public safety officers and certain critical staff to live in or close to the community where they work.

It is in great sadness, that we as a Brotherhood, post the 17th Line Of Duty Death for 2015 from the United States Fire Administration. Fellow Brother Firefighter & Chief of Department Billy R. Jarvis has made the ultimate sacrifice in love for their fellow man. Our sincerest condolences go out to his family, friends and our Brothers & Sisters with the Allen Fire Department.

It is in great sadness, that we as a Brotherhood, post the 18th Line Of Duty Death for 2015 from the United States Fire Administration. Fellow Brother Firefighter John Shoup has made the ultimate sacrifice in love for their fellow man. Our sincerest condolences go out to his family, friends and our Brothers & Sisters with the Ashland Volunteer Fire Department.

It is in great sadness, that we as a Brotherhood, post the 16th Line Of Duty Death for 2015 from the United States Fire Administration. Fellow Brother Firefighter & Forestry Fire Pilot Jerold "Jerry" Bonner has made the ultimate sacrifice in love for their fellow man. Our sincerest condolences go out to his family, friends and our Brothers & Sisters with the CAL FIRE and the Alma Helitack Base in Santa Clara County.… There is absolutely no substitute for continued training, study, and self-improvement - especially in these days of fewer and fewer fires. Experience alone is not enough - open a book, read a trade journal, or better yet, get to the drill grounds and train.

Just because you think you know, doesn't mean you know... you know? 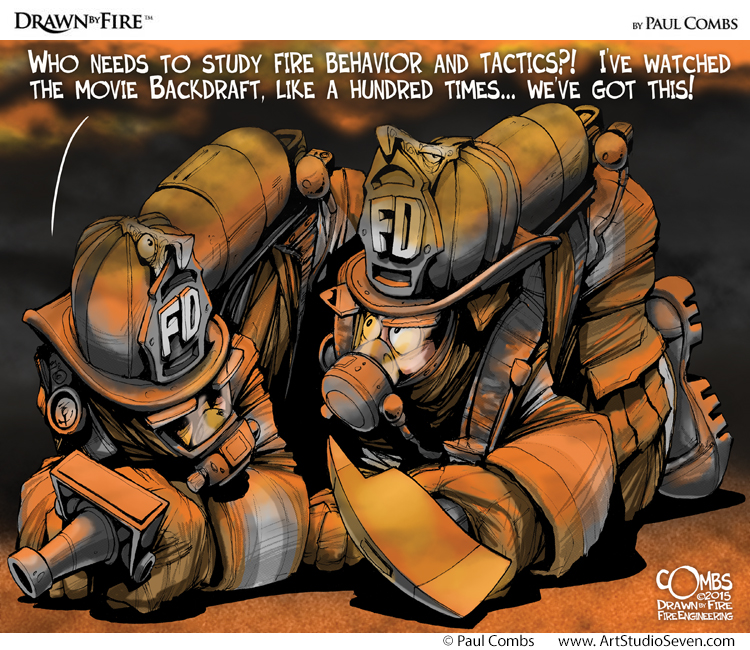 There is absolutely no substitute for continued training, study, and self-improvement - especially in these days of fewer and fewer fires. Experience alone is not enough - open a book, read a trade journal, or better yet, get to the drill grounds and train.

Just because you think you know, doesn't mean you know... you…

A fire in ventilation ductwork last week resulted in the evacuation of an automotive manufacturing plant in Michigan. Crews spent nearly two hours isolating the fire within some very large ducts used in the manufacturing process.

Ventilation ducts are used in many facilities, whether for dust extraction, material handling, or air quality management. In every case, fires within ductwork present several concerns for firefighters. Here are just a few…

A New Way to Pop-Flip in the Firehouse

The fire service is filled with many great traditions, some good and some not.  One of the fun things that happens in a lot of firehouses is the "pop-flip" for a round of sodas.   Unfortunately, sodas are a huge reason we are staying unhealthy- they have a ton of chemicals and sugars that pack on extra bodyfat.  Don't believe me?  Keep reading. A photograph is a technological wonder, a moment in time captured, frozen and recorded so that it can be viewed again and again. A viewable memory.

To me this is one of society’s most amazing accomplishments. The advent of this capability has lead to countless advances in everything known to man.

For example, movies and video. The rapid capture of many photographs then played back in series to imply movement and action.

Fictitious San Francisco Police Inspector Harry Callahan coined a profound statement in the 1973 movie Magnum Force. His famous quote, growled from the throat, “A man’s GOT to know his limitations” has stuck with me since the first time I heard it.

In today’s fire service we should heed the Inspectors words while engaged in our daily effort to survive and defeat the Red Devil. All members of a company… This is one of those Hump Day SOS's that I still get an occasional email about. I've even seen it show up in a few folks presentations. This will make the 3rd time sending it out but sometimes things just need to be repeated for new members following the blog that might of missed it and for those who didn't quite understand it the… 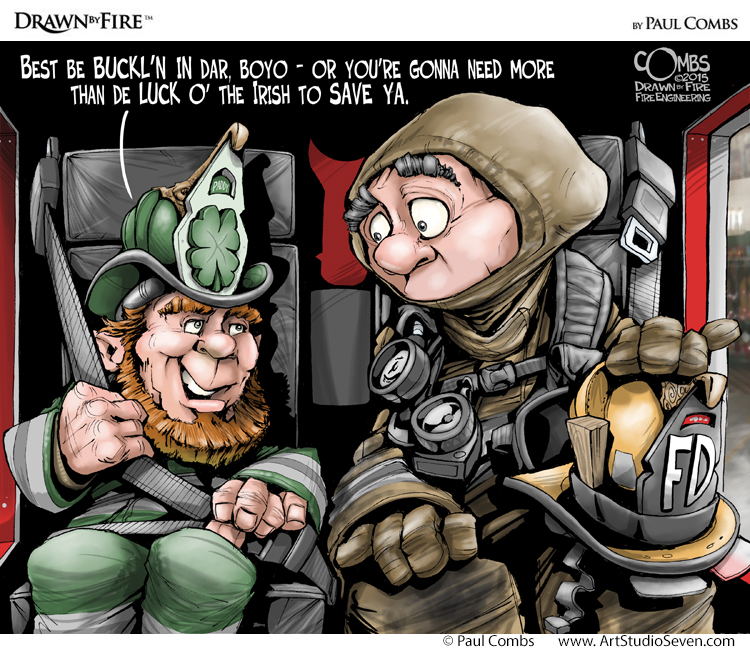 Click link below to see more of Paul's work or to buy prints:
http://www.artstudioseven.com/page-LE_Prints.htm…

Attention to detail is possibly one of the most under utilized tools in the fire service. This holds especially true when the masses begin to talk about Dragging hose, Forcing doors or Throwing ladders. The root words are pure work, not finesse. The unfortunate part is that in most cases technique, not power is the difference. In our rush to “Get’er dun” we run right past simple opportunities to make things more efficient, safer, and…

Don’t Be Stupid With Your Smart Phone

As much as it pains me to say this: I was around when the first commercial cellphone was introduced to the world in 1973-invented by Martin Cooper.

Now, the only “portability” of telephones that existed prior to that date was “car” phones. Car phones were hard-wired into your vehicle. Typically, the transceiver box was mounted in the trunk with power being connected to the ignition. The antenna was mounted at the rear of the car near the roof…

Stealing from the old CPR technique of Look, Listen, and Feel, we apply the same sequence to our search tactics starting with the why and what we are looking for:

"The dwelling’s building style lends visual clues that may assist us in our operations. Visual building landmarks (doors, stairs, window
sizes, and layouts) can assist us in identifying floor plans, living vs. storage spaces, location of stairs, and presence or absence of basements. Before we even enter…

Is WHAT You’re Doing Becoming More Important Than WHY You Do It?

I have to admit that this comes as a result of not a small amount of built up frustration over many years. I’m sure many, if not all of us have sat around the fire station table and asked, or tried to answer, the question “Why does this (insert activity) even matter?”. I continue to ask myself if we have forgotten WHY we do what we do, and as a result if what we are busy doing everyday has become more important than why we set out to do it…