Never forget where you came from...

"Never forget where you came from"

This is a multi-faceted profound statement that is often heard around the firehouse. Here are 3 quick extrapolations we came up with....

1. Never forget where you came from:

~There are generations of fire department members and their families who sacrificed; time, energy, blood, sweat and tears to make your department at the point where it is today. Relish in the fact that now,…

Haven't been writing lately I have been busy learning the ins and outs of being a Lieutenant with my new promotion.  I have been keeping busy reading books and training material.  I'm sure the trials and tribulations of being a new officer will be great stuff for future blogs to come.  Stay tuned and stay safe 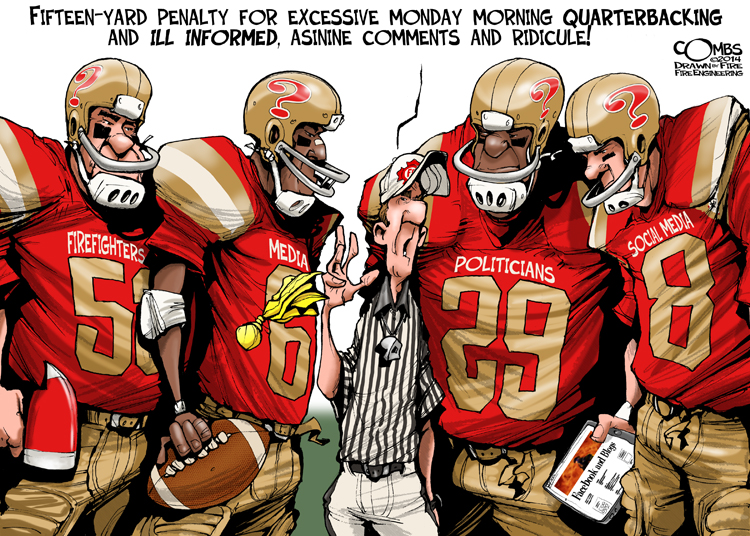 How many times have you seen it (or participated in it)? A tragedy happens where a firefighter gets injured or killed and the comments begin to fly about what went wrong - and how they would have done it differently, of course. Let’s take an incident that hit close to home for me. The Toledo Fire Department lost two brothers during an apartment fire this past January.…

It is in great sadness, that we as a Brotherhood, post the 30th Line Of Duty Death for 2014 from the United States Fire Administration. Fellow Brother Firefighter & Assistant Chief Tom D. Stevens Sr. has made the ultimate sacrifice in love for their fellow man. Our sincerest condolences go out to his family, friends and our Brothers & Sisters with the Bright Volunteer Fire Company.

It is in great sadness, that we as a Brotherhood, post the 29th Line Of Duty Death for 2014 from the United States Fire Administration. Fellow Brother Firefighter & Captain/EMT Wayne O'Neal Jeffers has made the ultimate sacrifice in love for their fellow man. Our sincerest condolences go out to his family, friends and our Brothers & Sisters with the South Montgomery County Volunteer Fire Department.…

It is in great sadness, that we as a Brotherhood, post the 28th Line Of Duty Death for 2014 from the United States Fire Administration. Fellow Brother Firefighter & ex-Fire Chief Joseph Bove, III has made the ultimate sacrifice in love for their fellow man. Our sincerest condolences go out to his family, friends and our Brothers & Sisters with the Spotswood Fire Department.

By now it’s no secret that the fire service has accumulated a considerable “body of knowledge” as a result of the fire dynamic research from NIST and UL.  And now we’re into the “what are we going to do about it,” phase of evolution.  We are starting to see examples of departments implementing tactical changes based on the research, including my own department, developing its SLICERS concept.  And while we’re making good progress in bringing the research lessons to the fire ground,…

Ours is a beautiful country with a beautiful language that is made even more beautiful and rich by our different accents and dialects. Even within each state, our speech and language is flavored with our varied regional influences. I like it when people try to guess where I am from, based upon my speech.…

No Fear in Firefighting Fear. That feeling of uncertainty, doubt and despair that people get when situations are out of control; there is danger in their lives either physically, emotionally or economically. Part of our job (as we all know) involves putting our lives in inherently dangerous situations for the well-being of those who are at most in need. I have come up in this service within the…

Lets back up a minute Search Scenario

I must apologize.  Over the weekend, it dawned on me that I again, have put the apple cart before the horse.  All too often, I get an idea and get all pumped up only to realize that there is a key component or part I allowed to be missed.

Its all about credibility.

As another promotional process creeps up on the horizon I am reminded of something. On the last day of a recruit class I recently taught I had a recruit ask me: How can I prepare to become an officer in this dept.? My first thought was, how about finish probation first!! I didn’t say that to him, but it really made me think about something.

Every couple years we have a promotional process in our department. You are all aware of them. That time of year when productivity seems… 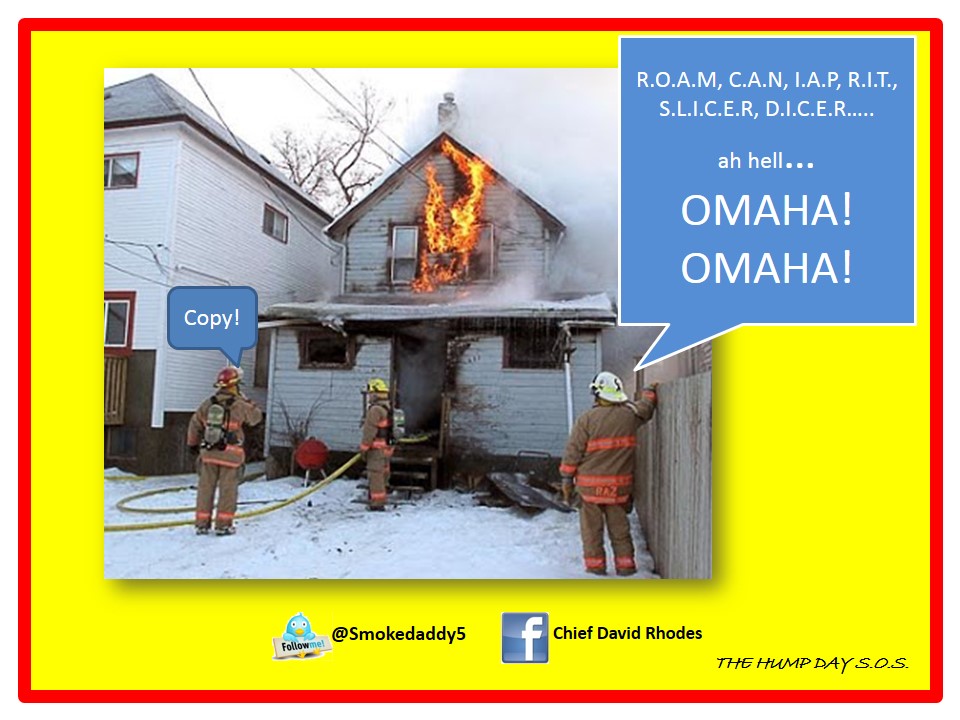 I can’t remember what I am supposed to do at a fire anymore. The acronyms keep coming and I don’t want to screw anything up so I’m going to suggest we use OMAHA just like Peyton Manning. If you get to a point where all the acronyms run together and you are about to panic just take a deep breath and call,…

First of all, a quick correction to Training to Fail, Part 1; it appears I was wrong about Peyton Manning studying his enemy in preparation for the Super Bowl. I apologize, from now on I will do my due diligence...just kidding Bronco fans.

Ever wonder how long it takes and what you look like getting your PPE on correctly? How about the team making a search? Stretching a line from the apparatus? What you sound like on the radio?

Can we "see" where we can streamline our personal and company operations? I guarantee at least 75% of your members has a device in their pocket that can help the team.

From page 249 of "25 to Survive: Reducing Residential Injury…

REALLY You Have Got To Be Kidding Me? 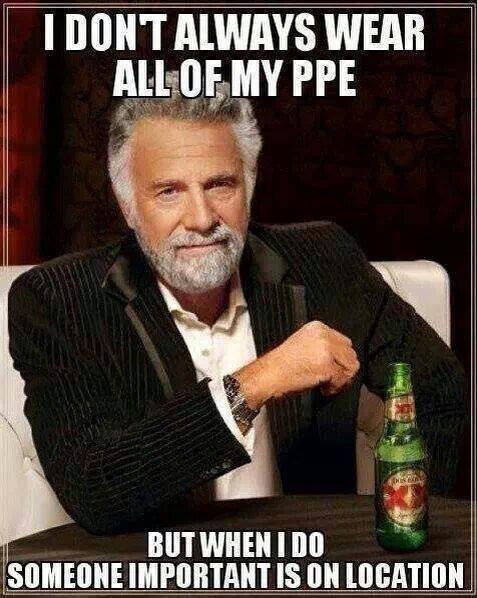 I was on the Internet this morning and saw this picture posted on Facebook. It was bad enough that someone posted it, but the number of likes was even more disturbing. I will preface the rest of this blog with that I AM A REFORMED FIREFIGHTER. I was not always Combat Ready and I used many excuses to justify to myself my BAD habits and complacency.

can one have too many rules?

In a recent discussion with a friend regarding SOG's and SOP’s, an ugly mannerism reared its face, “we are just a Volunteer Department. Keep that in mind.”

WHAT THE HELL KIND OF STATEMENT IS THAT?!

This brings to mind another statement I have heard in passing more than once.

Too many rules are a bad thing to have.

Can we have too many rules?

Can rules hinder an operation?

Can a guideline be truly…

Malcolm Gladwell, in his book “Outliers”, introduces us to what is known as “Mitigation…

We Cannot Afford The Wrong People

The only constant in this industry is the element of change. We work in a dynamic environment that demands our very best at all times. In a post 9/11 fire service, we are the front line of defense for our nation’s citizens. It is absolutely imperative that we have the best people staffing our departments; whether in a rural area surrounding a national park or a major metropolitan department, we simply cannot afford to have the wrong people working for our fire departments.