Every year around this time I am asked for the "best" fitness tips to make the new year a healthy one.  Over the years this list has changed and evolved but for the most part if you are a Fire Rescue Athlete you need to be doing these 10 things.

Tips for the Wife of a Firefighter - To Fight Off Worry

A few months ago I began to sketch out some ideas for a forcible entry prop. We had some scrap steel at the station, a few left over 6′x6′ posts from a recent structural collapse training and being the Rescue Company, all the tools necessary to take ingredients and idea into reality.

It is in great sadness that we as a Brotherhood post the 2nd Line Of Duty Death for 2013 from the United States Fire Administration. Fellow Brother Firefighter Jonathan Burgess has made the ultimate sacrifice in love for their fellow man. Our sincerest condolences go out to their families and members of the South Alabama Regional Airport Fire Department and to the OPP Alabama Fire Department where Johnathan Burgess was also a captain according to the department's web site.… 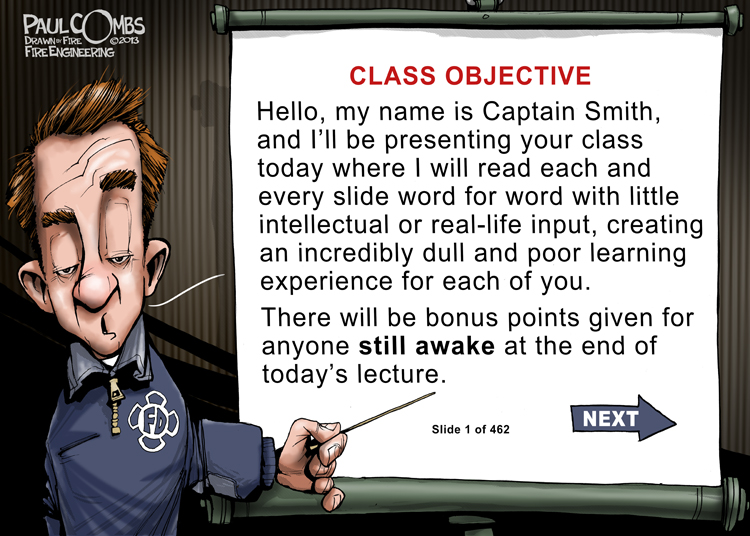 Bueller? Bueller? Bueller...?  Oh, we've all sat through this class, haven't we?! A class where the instructor reads each word from the never-ending source of dull PowerPoint slides with all the excitement of Ben Stein's character in Ferris Bueller's Day Off. I feel inspired just thinking about it!

I have often said there are two types of instructors -…

I would first like to give a special thanks to the staff at Firefighters CloseCalls for sending this information to me. So I could share  it with you all on Green Maltese.

Also a special thanks goes out to Lt Steve Dykema City of Wyoming Mi. Fire Department for being very heads up training officer and bringing this issue to light.

Attached is info on a new type of stair…

Videos below are of an all-hands fire at Box 0212 in the Williamsburg section of Brooklyn. Photos of the 9 January fire first appeared on NYC Fire Incidents Facebook page. The shots of the…

It is in great sadness that we as a Brotherhood post the 1st Line Of Duty Death for 2013 from the United States Fire Administration. Fellow Brother Firefighter & Captain Matthew Porcari has made the ultimate sacrifice in love for their fellow man. Our sincerest condolences go out to their families and members of the Owego Fire Department.

Fire Service in Nigeria was established by the Fire Service Act (law) of 1963 and since then has not been reviewed. Fire Service today in Nigeria is still the only statutory organization established by law to undertake or render services as regard to fire and its related cases. These services include fire fighting, fire prevention, search and rescue services, humanitarian services etc.
In line with meeting up with these demands, both the Federal, all thirty-six (36) states of the… 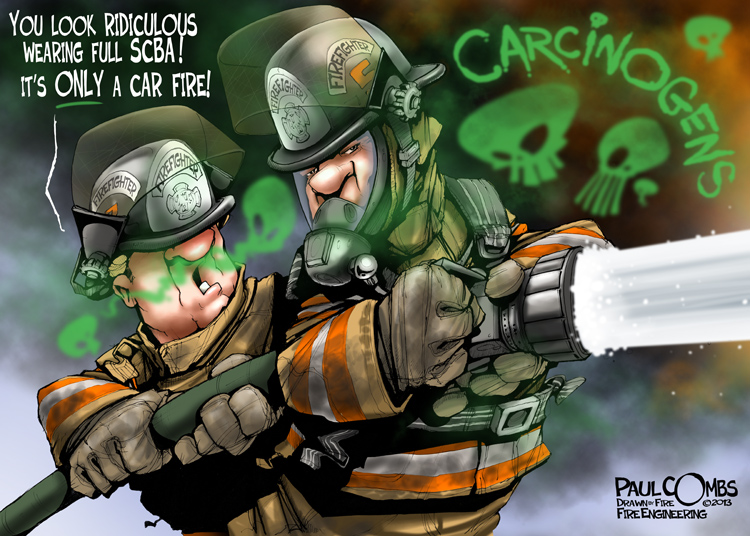 Carbon monoxide, hydrogen cyanide, hydrogen chloride, acrolein, hydrochloric acid, nitric acid, benzene, toluene, cadmium - these are some of the known carcinogens that are produced during vehicle fires. So why in the world would we attack a vehicle fire without an SCBA?!!

I’m not going to sit here and reflect on a year that was filled with so many disappointments.

I like to think that I am an eternal optimist, but did anyone else notice the negative tone of wherever you looked? It was everywhere.

ONE positive that I noticed is that, firefighter fatalities were down in 2012. Since 2009, firefighter deaths have been well below the “100 per year” threshold. Also noteworthy is that deaths attributed to cardiac issues were also… 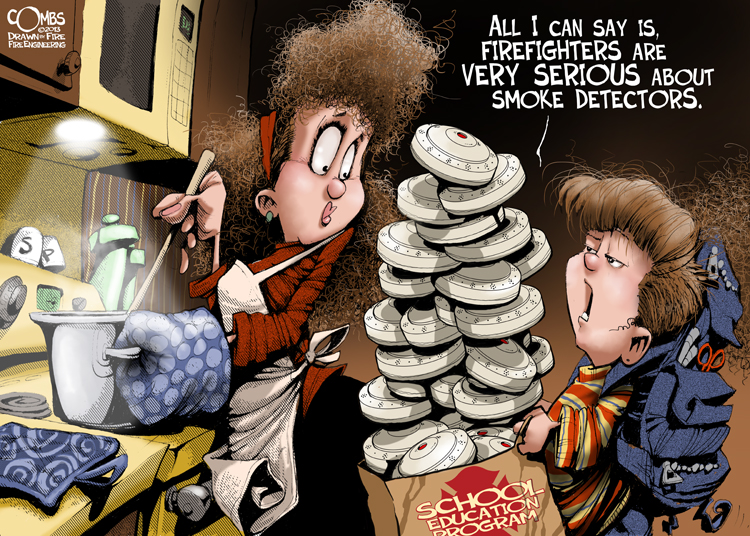 Smoke detector programs are a great way to help protect your community, assist folks that may not be able to afford them, build trust, and give an overall feeling of goodwill between you and the people under your watch. School programs are another great way to insure that most households have at least one smoke detector hopefully being installed and…

Great Challenge Workouts for the Firehouse

Happy 2013!  This is the time of the year where we all scramble to make up for lost workouts and pledge to get in shape.  Personally, I think the best way to get into shape is to not fall out of it in the first place.  One of the best things to do this time of the year is not only set goals but to assess where you are currently.  Today I've created some "challenge" workouts that you can use to assess your fitness progress and to get a good efficient workout.  There are…

A Mad Lib "On Firefighting"

“[A] FIREFIGHTER  who is uncertain whether he can SAVE someone, or [a] FIREFIGHTER who for religious or moral reasons knows he will not ENTER A BURNING…

HEARING, BUT NOT LISTENING 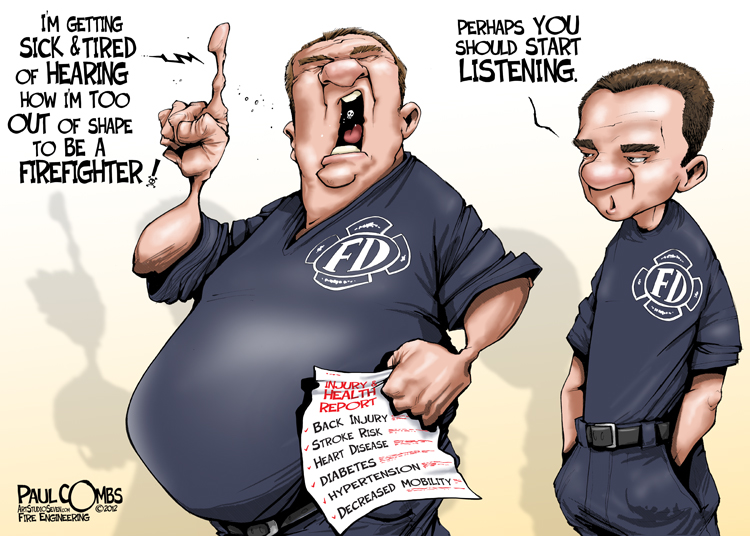 While signing books on Monday during FDIC, a large (pushing 375 lbs) firefighter approached me with his slightly slimmer, but still girthy entourage of three. I extend my hand in greeting, which was met with a chest puffing and the comment "I don't like the way you make fun of big people!" Being taken off my guard by his comment, I respectfully asked if he is a front…

This is a quick drill for you company officers and acting officers. So much of what we do is coach and mentor our younger firefighters. When we are out and about we need to take the time point out things that might be obvious to us, but maybe not so much to others on our crew.

Use these photos to explain the challenges, dangers, benefits and tactical oppportunities with this roof. Share what you see and pass it on. You might pick up on something that someone else does not. But, maybe…

What information do you need when making the decision to GO or NO GO if the fire is possibly below?

How do you assess a floor constructed of modern materials?Check out the latest video from Fire Training Toolbox

What information do you need when making the decision to GO or NO GO if the fire is possibly below?

How do you assess a floor constructed of modern materials?

Check out the latest video from Fire Training Toolbox

We have been leading up to our dance with this "beauty of fire" in both Part 1 and Part 2 of "Check your Dance Card."  Feel free to go back and take notes as we journeyed closer and closer to this 'beauty.'  We have…

The attached vidoe is a very short and simple clip about how teach firefighters to low profile. As we tell firefighters in our classes, removing your SCBA should be a last resort, but a skill that you must be proficient at. Being prepared is as much about mastering the basics as it is about being able to perform in the event that conditions dictate survival skills must be used.
Some quick pointers about low profile SCBA use:

–Know your air supply and that of your…