Have a happy and safe Halloween, everybody!

Click here to see more of my work or order prints, go to:…
Continue When teaching my classes on High Risk Legal Issues for the Fire Service, a topic that continually arises is how a ruling against a department for a violation of Title VII of the Civil Rights Act is enforced against a department. Notwithstanding an outright judgment against a fire department that involves a lot of money to resolve the issue along with resignations, terminations, demotions and other adverse actions, the term I frequently use is the application of… 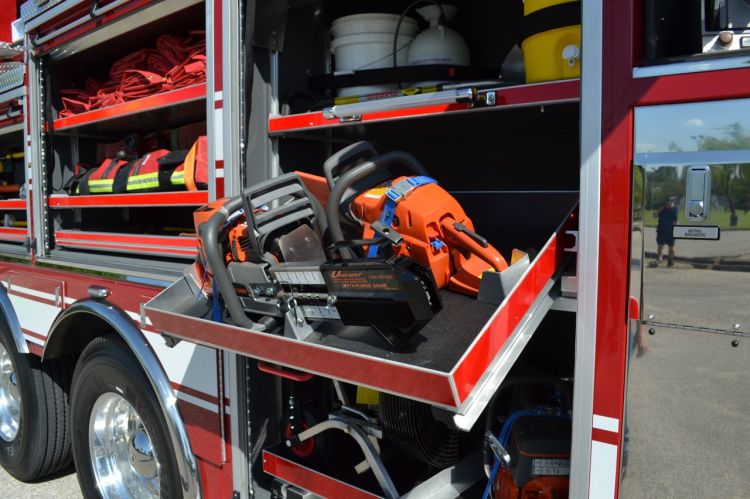 The fire service has a very unique organizational make up. Some of us are volunteers, some are paid per call and others do this as a career.  The general…

Since the beginning of my fire service career, there’s been a concern I’ve heard time and time again, “we just don’t have the tradesmen coming on the job like we used to”. Stories are told about how “back in the day”, each of the various trades had representation in the fire service. Prior to getting hired on a department many members grew up in more of a “blue collar” environment. Children followed the footsteps of their parents and learned the family trade. If your parent was a stonemason,… Continue 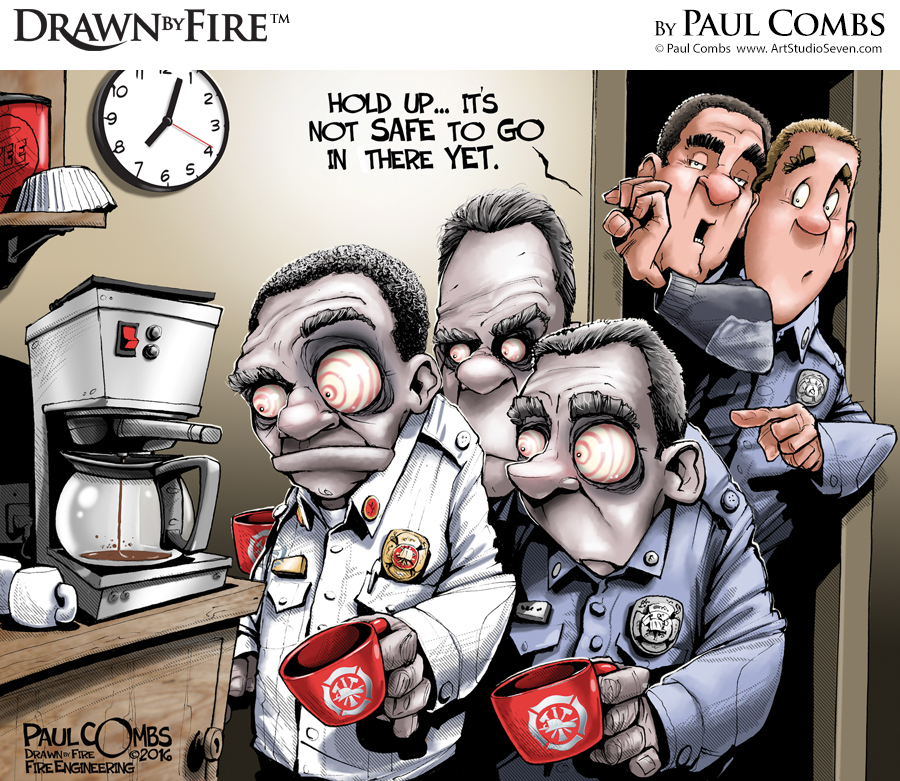 Stay clear of the morning zombies!

Click here to see more of my work or order prints, go to:
http://artstudioseven.com/page-fire-ems-prints2.htm
…
Continue

LEADERSHIP ON A DIRT ROAD

LEADERSHIP ON A DIRT ROAD

“There ain’t no bumps in that dirt road.”

I say this as a description of Fire Officers who are able to take their situation, their dirt road, and consistently smooth out the bumps, navigate around the mud and continue to advance, and be followed, because of their ability to solve problems with balance, steadiness…

The Power of Team Building - Inches Away

This particular morning was like any other except I happened to be at home instead of work, waiting on the AC Repairman. I awoke about 0630 to go for my morning run as a fire call came in with an address one road down from my residence in the small town where I volunteer. In this volunteer department I am a firefighter at rank and I follow orders instead of the typical giving of them in my career status. While I do not shy away from speaking up, I feel it is important to listen and be…

It is Football and Hockey season and we love to root for the home team. We get mad when our team is not playing well and we cheer when our team does well. Sometimes we get a little animated when we are watching the game. I was on a plane heading to Fla. I was listening the Ravens game, they scored a touchdown and I said (a little too loud) YES with a fist pump! This caused my wife to look at me as if I was her 3rd child that spilled cherry Kool Aid on the carpet. My actions…

The Strength of the Group...

Vince Lombardi once said "the strength of the group is the strength of the leader."  Great advice for a football team and possibly life-saving advice when applied to the fire service.  The leadership role played by the company officer can not be over-stated.  This first level of supervision is the closest to the action, the first to spot potential problems on and off the fireground, and the first to mitigate these issues.   In order to have a strong company the officers must…

Rethinking How We Train

Why do we do what we do? What does it take to be a good firefighter? How can we do it better? Safer?

I was of the mindset that there were two things you needed to be a good firefighter. Number one is that you need to want to help people. Hopefully this goes without saying.  Most of our time is not spent “slaying the dragon”, it is spent providing EMS care, chasing alarms, cleaning up messes, and whatever else anybody and everybody asks of us. The second…

I met Jimmy Mac about 10 years ago. He serves as a Deputy Chief with the City of Hartford Fire Department, the capital of Connecticut. Jimmy was a fixture at the National Fallen Firefighters Foundation Memorial Weekend ceremonies for many years through his participation and coordination of the Honor Guard group. He founded the CT Statewide HG as well as the National Honor Guard Commander’s Association. His… The excitement that comes with a new apparatus delivery is probably second only to making a nearly impossible stop or rescuing a victim at a structure fire. After months of anticipation, you can't help but drool over flawless red paint, more flashing lights than an Academy Awards' red carpet, and diamond plating so shiny you could shave in its reflection. Add in the fresh…

Leadership in a levels of the fire service is in a constant state of transition.  Yesterdays' firefighter is today's company officer and last week's battalion chief assigned to operations is the new assistant chief in administration.  No matter what level in the chain of command, retirements, promotions, and transfers may all create change in an organization.  Whether or not that change causes turmoil and a major disruption in operational performance is largely a result of the quality…

It was an honor to have recently participated in the latest round of the National Fallen Firefighters Foundation’s Heart to Heart: Strategizing an Evidence-Based Approach to Reduce Cardiac Disease and Death in the Fire Service initiative.  The meeting brought together fire service research scientists, fire service professionals, and marketing experts from…

Question - When I arrive for my shifts at the fire station the duty battalion commander requires the crew to assemble in the apparatus bay to say a morning prayer. I do not practice any particular religion or have any particular belief system and walked away from the morning gathering not desiring to participate. I was called into the battalion commander’s office and placed on notice the morning prayer was a “requirement” and the next time I…