Leading From the Bottom Up

The fire service has been described as paramilitary organization with a leadership organized in a top down fashion. In other words, one person does the thinking, one person directs the organization and one person takes responsibility. Is that right? Is that how your organization operates? 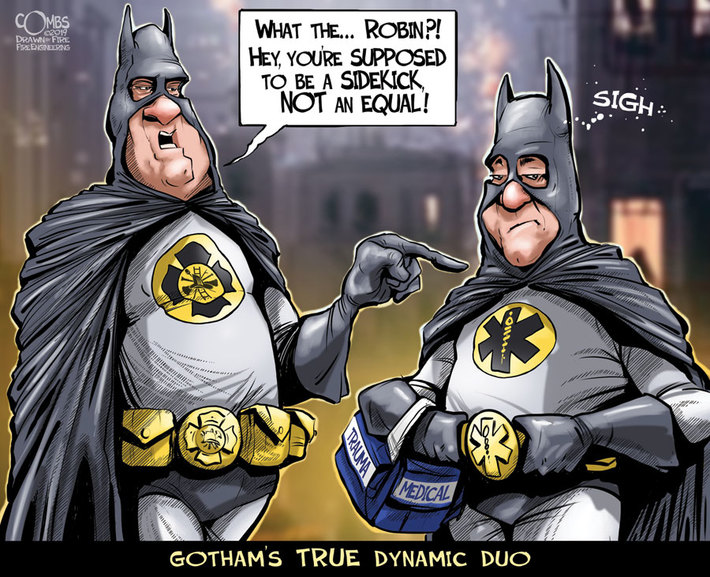 To see more Drawn By Fire cartoons or to purchase prints, go to:…
Continue

The Axemen lost another brother.

A few months ago, I shared a post about the importance of maintaining some kind of balance between the rigors of being a firefighter and whatever else it takes to put a smile on your face. Such a conversation usually starts with family, extends to a few golf strokes, an annual vacation, or maybe just hanging out with a pack of buddies at the local McDonalds, telling lies about the good ‘ole days.

At the time, David (Professor) and I were fresh…

The inventor, thinker, genius, mathematician and all around smart guy, Albert Einstein once said, “the definition of insanity is doing the same thing over and over again and expecting different results.” I think he was right. We worked the same way for a long time (the first 270 years or so) and injuries and LODDs became part and parcel to our service. We thought that simply doing it “over and over again” the same way and thinking it would change all by itself, would work. It didn’t. However…

My training and tools side hustle receives a fair share of inquiries regarding “vetting” new tools. These typically come from the company themselves, direct to us, for review. What intrigued me as a Truck Co. firefighter after seeing The CHAR tool was that this could be the first vertical firefighter self-rescue tool. As a massive fan of the pompier ladder, I had to get my hands on this.

We the American firefighter need you.

We need you to be competent.

We need you to be ready.

We need you to be in shape.

We need you to not shirk responsibility.

We need you to put your gear on...always.

The Crisis Card We all Should Have

I read something the other day about a firefighter suicide that got under my skin. It said, "we need to do something, because what we are doing is not working."

While we will never be able to prevent or stop all suicides, we are making a difference.

Sadly, it's a difference that we will rarely quantify because sometimes, we rarely know the difference we make in the lives of others.

I know I have been in dark places, and all it took was a smile… 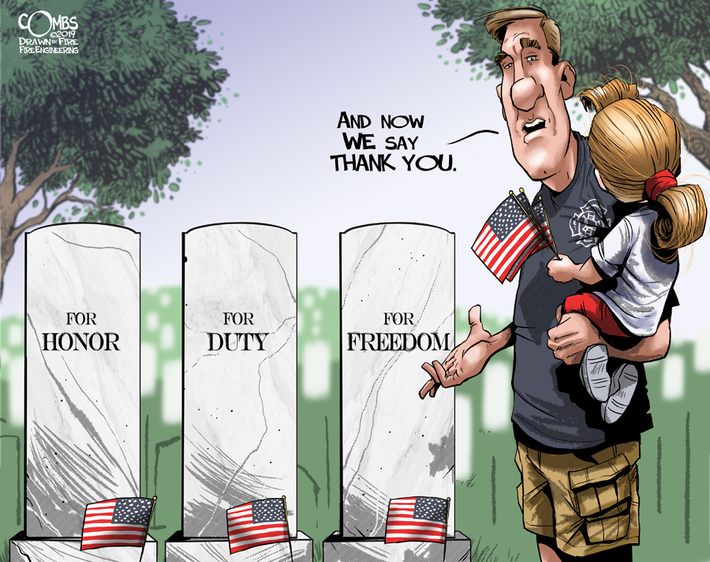 Firefighters-Take Control of Your Stress!

In 2017 103 firefighters committed suicide. That is 103 families torn apart with very few answers hoping to turn back time just enough to have an impact on these tired souls that made the decision to end their life on their own terms. First responders are five times more likely to suffer from depression and PTSD compared to the general population. The International Association of Firefighters (IAFF) takes these numbers extremely seriously and has begun implementing phenomenal resources to…

Everything About the Passion

Where has the passion gone? In my personal experience with life in general, we have become a self-centered population. Everything is about “me” and the fire service has seemingly become no different, many places are putting “we” first instead of “them”. It is true that many people just don’t seem to have the desire or the passion for the job that at one time they did, some never had it at all. This job will take a lot from you... and, yes, there will be times that it will take everything you… The popular HBO series, Game of Thrones, provides a fun parody on the vicious firehouse backstabbing and culture of relentlessly second guessing the decisions made by others. It all seems so easy, until you're sitting on the Throne of Command.

STAY FIRED UP, and look outside of your own perspective before criticizing…

Culture Shock: 5 Tips to Build a Winning Culture in Your Organization

Culture, does it mean something to your organization or is it just a soft buzzword that gets thrown around at staff meetings and in emails? My point behind the post was simply this, many organizations seeking change for the better should stop and examine the culture within.

It should be no big secret to anyone reading… My apologies to any of my readers who are not comic book geeks like me, and may not understand this cartoon's Avengers Infinity War/Endgame reference. But to those who are, you understand the magnitude of the "snap." In this case, using the bad leadership traits (stones) for ill-will or for your own twisted sense of reality.

It only takes one…

I recently viewed a video of a warehouse fire that reminded me of how frequently I see fire departments applying residential structure fire tactics to warehouse size fires. I often wonder what the root cause of operating this way is. Is it due to a lack of knowledge, improper training, lack of preplanning and underestimating the resources required, department culture, complacency, habitual operations of doing the same thing for every fire call, or simply a…

In Their Own Words: Tom Sitz on Engine Company Ops