It is essential that both paid and volunteer engine companies understand how staffing shortages will affect their company’s operation at a fire because operating under staffed will greatly change the way they need to think and act at a structure fire. The difference in minor actions and decisions by the company will greatly affect the fire’s outcome and the overall performance of the company.

“What we have done for ourselves alone dies with us;

what we have done for others and the world remains and

We start our book with this quote and we end every class with this quote because it captures how we should conduct ourselves each and everyday. It forces us to perform a level of self evaluation and determine if our actions are…

"The task of the leader is to get his people from where they are, to where they have not been." Henry Kissinger

I can imagine that all of us have seen the movie Forrest Gump. One of my favorite parts in the movie is when Private Gump's internal monologue is discussing the types of rain experienced while in the Vietnam jungle. That scene ends with an incredible gun battle as Forrest and his brothers are ambushed.

If you can remember from that scene, the ambush created… Continue

The other day at work, I was standing in the apparatus bay having a conversation with one of my firefighters. He is currently working on his acting officer development book and we were having lots of discussion on a variety of topics. One subject in particular was size-up. We were discussing the importance of practicing size-up when responding to automatic alarms, whether they are residential or commercial. I explained the value of taking every opportunity to size-up buildings when going on…

It is in great sadness, that we as a Brotherhood, post the 58th Line Of Duty Deaths for 2015 from the United States Fire Administration. Fellow Brother & Lieutenant Chris Phillips has made the ultimate sacrifice in love for their fellow man. Our sincerest condolences go out to his family, friends and our Brothers & Sisters with the Locke Township Fire Department.

It is in great sadness, that we as a Brotherhood, post the 59th Line Of Duty Deaths for 2015 from the United States Fire Administration. Fellow Brother Firefighter & Paramedic Shane Clifton has made the ultimate sacrifice in love for their fellow man. Our sincerest condolences go out to his family, friends and our Brothers & Sisters with the Saint Paul Fire Department.

It is in great sadness, that we as a Brotherhood, post the 57th Line Of Duty Deaths for 2015 from the United States Fire Administration. Fellow Brother Firefighter Lawrence G. Sesso has made the ultimate sacrifice in love for their fellow man. Our sincerest condolences go out to his families, friends and our Brothers & Sisters with the Sayville Fire Department.

When running an inside gas leak ensure you protect yourself and your crew from possible explosion. Call out your water supply. You may have to take a hydrant further away to avoid passing the incident. Park your apparatus away from the front of the building and approach with your meters on. Call for additional resources as needed. Control sources of sparks, such as lights, doorbells, pilot lights. Turn on all hand lights prior to entering the building.… This one hits close to home…Pat Taaffe is a friend of mine and fellow fireman for St. Johns County Fire Rescue. Pat is assigned to Engine 12 C and we are both in the same battalion. I’ve known Pat for many years and can remember him riding with us on Squad 17 after he came to St. Johns County. He has dedicated over 20 years to the fire…

According to the CDC heart disease is the leading killer in the United States. Additionally we know according to NIOSH, and the United States Fire Administration that the leading cause of fire service Line of Duty Deaths (LODD) is heart and cerebrovascular diseases (heart attack and stroke). While many factors play a part in these diseases physical fitness plays a huge role in…

Sidney (Sid Vicious) Wilkerson grew up in the flatlands of North Central Ohio. Sid was born into the third generation of firefighters in his family. His granddad was a volunteer firefighter in Sid’s hometown of Coffey, Ohio. His dad retired as an assistant chief from the Lucas County, Ohio Fire Department. Sid’s brother is riding rigs in Cincinnati as an engine company… 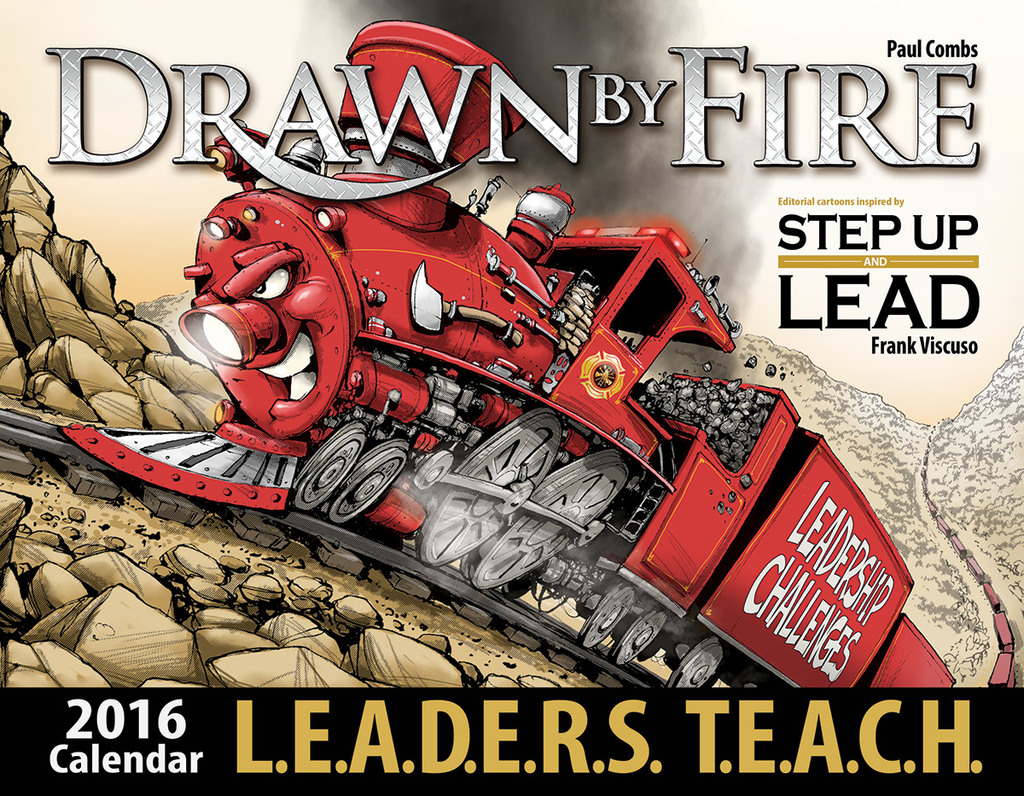 As promised on the Step Up and Lead, Leadership Traits webcast from last month, here is the information on the new Drawn by Fire…

Created with funding from the Department of Homeland Security (DHS) through an Assistance to Firefighters Grant (AFG), this update to its…