And I will leave…

What does your behavior say about you?

What would you like people to say about you when you’re not in the room? In particular, what would you like them to say about you as a leader? Pretend you’re a fly on the wall and you get to listen in on real conversations taking place about you.  These conversations are between firefighters at a station you haven’t visited in a while, or maybe from your peers that you work with every day, or possibly your friends and family at a summertime get-together. Take a moment to write down 3 things…

Succession Planning - Are You Ready?

During our travels there seems to be a common complaint heard by many brothers and sisters around the country, that being their department offers little or no leadership training or development. Hopefully you weren't pinned and sent off to figure this all out on your own. Preparing the next generation of leaders is everyone's responsibility. You see it is not just the fire chief's responsibility but the entire membership regardless of rank or title. It takes many hands to build a village.… This week is another retro-SOS from my original first few months. These were pictures only so now that we are broadcasting out to the FE community and in full blog mode I will add some commentary. Again, if you already saw this one I hope you get another laugh or affirmation that you are not alone in your thinking.… Although I do not agree with Chief Laymen on nozzle selection, I think his 1953  book titled: Fire Fighting Tactics is still  great reference material.

Here is a small sample: "A battlefield does not give an opportunity for study, one does what he can to apply what he already knows, therefore, it is necessary that he know thoroughly and be able to use his knowledge…

Lieut. Ray McCormack speaks fluently about the acronym "DICERS-VO" on the fire ground, while defining it very well.  I got to thinking the other day, many acronyms flood the fire service and why add another one.  As tactics are a major part of the job, organizations are formed from the top, and many times the services/programs we provide are implemented from above the operations staff.  No fire department can operate without funding, apparatus, manpower, and tools.  The defined "Mission" can…

Not all responders are blessed with the newest equipment. If a high strength post is too much for your cutter, attempt a pie cut as shown. Many times this will allow you to "cut around" the stronger portions of the post. 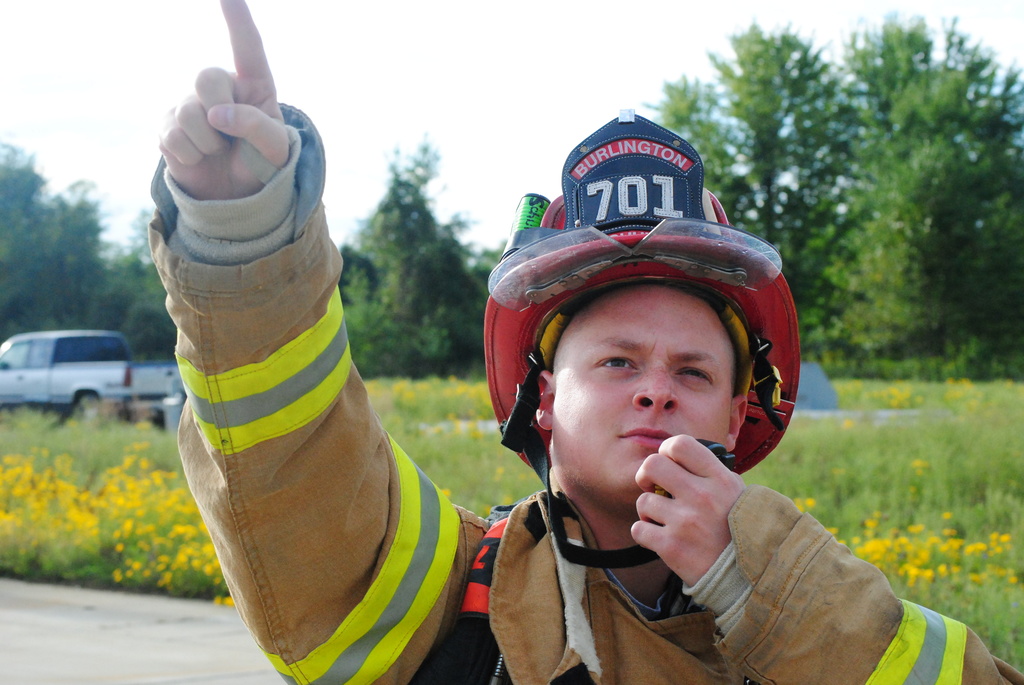 Have you ever seen a high ranking officer that tends to build their "inner-circle" with officers who are like-minded and often times "yes-men". You know what I mean, the guys who would follow their officer to the most ridiculous lengths just so it keeps them in the good graces of command? The guys who sacrifice their personal convictions just to…

It is in great sadness, that we as a Brotherhood, post the 37th Line Of Duty Death for 2014 from the United States Fire Administration. Fellow Brother Firefighter & Lieutenant Jeffrey Newland has made the ultimate sacrifice in love for their fellow man. Our sincerest condolences go out to his family, friends and our Brothers & Sisters with the North Port Fire Rescue. 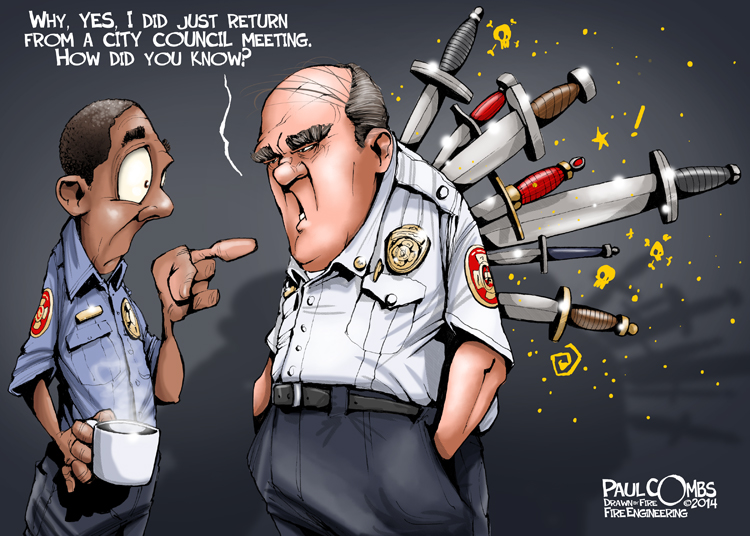 There are those of us who have a very supportive Council Council and Mayor, unfortunately there are also some who know the sting of this cartoon all too well.

I recently watched a short program about the large, powerful ships that break ice near the poles of Earth for other ships. These machines are enormous and create a phenomenal amounts of power.

Some of the most powerful are powered by nuclear means and can break ice in the oceans and seas as thick as 10 feet. The ships power provides the energy to push and plow through the ice while it's weight and super thick hull do the work and protect the ship from damage.

As the ship moves…

It is in great sadness, that we as a Brotherhood, post the 36th Line Of Duty Death for 2014 from the United States Fire Administration. Fellow Brother Firefighter Charles "Charlie" Goff has made the ultimate sacrifice in love for their fellow man. Our sincerest condolences go out to his family, friends and our Brothers & Sisters with the McQuady Volunteer Fire and Rescue Department.

Size Up Begins with an Honest Look in the Mirror

Often we are asked, "When does size up begin?"  Many times when asked this, most fire officers and firefighters answer: at the receipt of the alarm.  Very true, but it begins way before this.  In the realm of situational awareness it begins with a very honest look in the mirror.  Simply stated; however, sometimes difficult and painful.

When we think about teaching young people in the Fire Service and preparing them for what is ahead, we need to remember where WE came from, and the people who taught us. Leaders, formal or informal, should invest less time whining about what young people don’t know and more time on what you can teach them. Everyone has experiences and knowledge to share.

The time was 2:35am as the crew of Squad 4 was being diverted off a previous call. Dispatch relayed the information, “Squad 4 respond to a MVC involving three vehicles, with a confirmed entrapment.” This stretch of Interstate 95, has been a consistent location for bad entrapment crashes. As the officer on Sq-4, it was the moment of truth. Climbing off the rig, among a maze of damaged vehicles, I remained focused on the task at hand. Each member of the crew had a task.  After grabbing the…