Lets go with todays question! Your pulling up on scene of a working fire confirmed by the first due engine company. They arrived on scene just prior to your arrival and are putting hose on the ground and making a connection to the hydrant (staffed at 3) YOU are the officer of the first due TRUCK COMPANY and are staffed with 3 today. As the truck is pulling up you hear over the radio a report of multiple children trapped possibly upstairs per babysitter…

Please check out my new blog post at http://blog.firefightercharlton.com/?p=112     and please send me your comments

Does you department have seat assignments on you apparatus?

If they do, tell us the number of people on the rig and what the assignments are. Also tell us why you like it and why you don't

If not, tell us why you think your department doesn't have them, and why you think they should. You can also tell us how many people you have on your rig.

Give your thoughts on First…

The four stages of fundamental leadership

Please check out my new blog post at http://blog.firefightercharlton.com/?p=108

You are dispatched to reported residential structure fire in a newer neighborhood with homes that are lightweight construction with approx. 3500 sq.ft or more. You are pulling into the neighborhood and see the charlie side of the fire.

Give your arrival report.
Any special requests.
And assignments for all incoming units your department would have coming.

The photo was borrowed from Chris Naum at CommandSafety.com.
Go!… Continue

Please Check out my new blog posting at http://blog.firefightercharlton.com/?p=101

If We Can Find bin Laden, Then Why Can’t We…

Like most other red, white and blue-blooded Americans, I savored the news that Osama bin Laden had been found and shot dead by a U.S. SEALs Team.

Blogger Sidebar: Has anyone else noticed that the mainstream media has been spelling “Osama” with a “U” instead of an “O”? I think you know why.

I have no doubt that bin Laden is dead. I have no reason to question the validity of our President’s claim. Therefore; I need no other “verification”, but I would view the “official”…

Forward to the Past 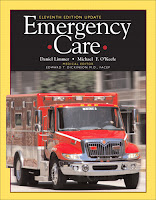 If you remember the "Orange Book" you are officially older than dirt.  This year is its 40th anniversary and for the 1970s there was no other source for minting an EMT other than this book and hours of hands on practice.  As I recall those men and women that blazed the first…
Continue

Late last year I was back in Kansas for a funeral and saw this building while in Hutchinson. Lets say your pulling up as the first due engine company with your 2nd due engine approx 4 minutes out. You have fire showing on the top floor with the possibility of people trapped as well...How is this building going to change your tactics or is it?

Time to Double the Guard

Time to Double the Guard

On September 11 Osman Bin Laden with Al-Qaeda perpetrated an act of war against America. Terrorist attacked the Pentagon, United Airlines Flight 93 and the Trade Center.

The USFA has received notice of the following firefighter fatality: MS

It is in sadness and with great honor that we as a Brotherhood post a Line Of Duty Death for 2011 from the USFA. Fellow Brother Firefighter Charles Foster has made the ultimate sacrifice in love for their fellow man. Our sincerest condolences go out to his family and the members of the Barton Volunteer Fire Department.﻿ 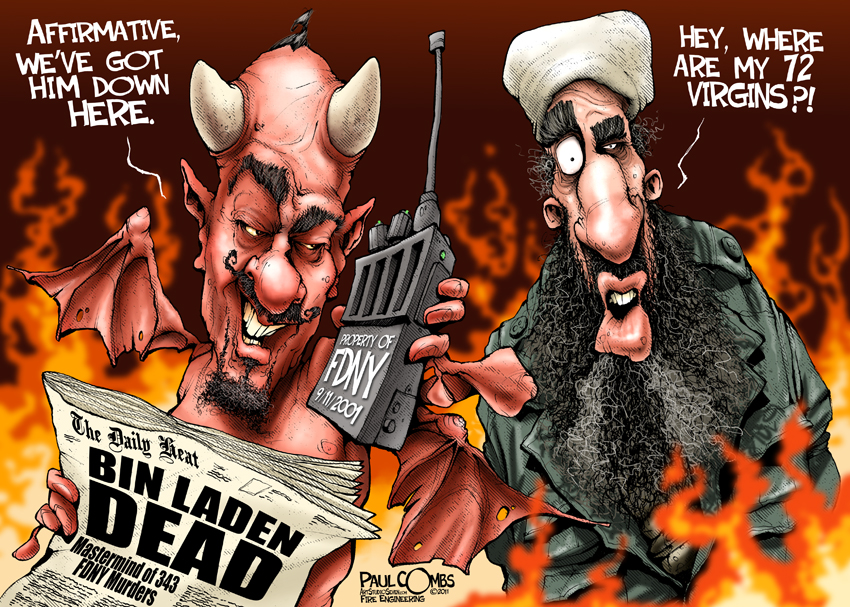 The mastermind of 9/11 is dead! And though it will never erase our memory of that horrible day or bring back friends and loved ones, or 343 of FDNY's bravest - it's a small piece of delayed justice. Seventy two virgins in Heaven? I think not!

You arrive on scene at the C-side of this structure as the first due engine company. Dispatch didn't provide any information other the "Structure fire" Answer the following questions:

What have we got here? (Provide an arrival report)
What is you size up?
What is you first impression as you are driving up the drive about line placement and life safety…

This is a question they use a lot in my department during new hire interviews. They are only allowed to answer one or the other and then explain why. When I ask people it is almost split down the middle as to what there decision is. Okay, you can only answer one or the other as well and then explain your reasoning for choosing that answer. And remember. "every situation is a situation."

Well here we go...Little late due to a disney trip. This is something that EVERYONE in the fire service can relate too and discuss! From the 1 month guy to the veteran...You pull up on scene as a FF or an Officer..Are you already masked up and if so...why and if not...why????? Its seems pretty split. I see and "hear" alot of guys masking up in the truck (by muffled arrival reports) Lets set another comment record need to beat 22…