I am writing this blog in hopes that everyone out there will please pray for my thirteen year old sister who's in the hospital right now. When my sister was born she was born with a h*** in her heart and needed a heart transplant. Before she was even a year old she went into cardiac arrest six times and we almost lost her all of those six times. Then a miracle happened, when she was eleven months old they found a heart donor for her. She had the heart transplant and has been doing well ever… Continue

The United States Fire Administration (USFA) has received notice of the following firefighter fatality in NY.

It is with deep regret that I post the following USFA official line of duty death announcement of fellow brother Captain Vincent Iaccino. Our sincerest condolences go out to the family and the members of the Roosevelt Fire District Engine Company #1.

The United States Fire Administration (USFA) has received notice of the following firefighter fatality in KS.

It is with deep regret that I post the following USFA official line of duty death announcement of fellow brother Captain Harold Reed Sr. Our sincerest condolences go out to the family and the members of the Peru Fire District #3. 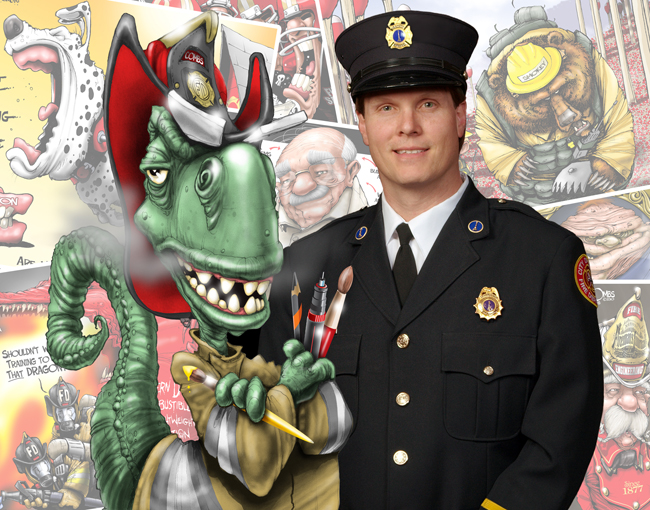 I'll be at FDIC in Indianapolis all next week sketching, talking, blogging, shaking hands, and signing autographs (and hopefully learning, too). I will also be signing complimentary, limited edition, anniversary prints at the Fire Engineering booth. As soon as I know specific dates and times, I'll post them… Continue

The United States Fire Administration (USFA) has received notice of the following firefighter fatality in NY.

It is with deep regret that I post the following USFA official line of duty death announcement of fellow brother Asst. Chief Garrett Loomis. Our sincerest condolences go out to the family and the members of the Sackets Harbor FD.

The United States Fire Administration (USFA) has received notice of the following firefighter fatality in MO.

It is with deep regret that I post the following USFA official line of duty death announcement of fellow brother Firefighter Donald Scaper. Our sincerest condolences go out to the family and the members of the Timber Knob VFD.

What’s in our Air?

Recently our department added an air monitoring policy to our standard operating procedures. The policy instructs personnel to monitor any environment that is determined to be immediately dangerous to life and health. Shortly after this policy was put in place the department mitigated two structure fires that taught our personnel first-hand the importance of air monitoring. The circumstances surrounding these calls were not unusual, nor were the fires anything… Continue

It is only 7 days into the New Year and it's been a wild ride! We've had about 30 inches of snow in December and another 4-6 inches in the last seven days. It is currently -19 F out. That's right, -19F! It is supposed to get to -10 F today as a high, and -30 F as a low tonight before everything warms up to 30 or so by Saturday. And I've forgotten my gloves at home. Great. We have changed the way we do things a little at work. For the FD, we split the city up and cover all medical / service… Continue

It has been really quiet lately. Which is good, because it has given me time to get some hunting in, check that - ALOT of hunting in. It is also bad because you know sooner or later you will pay for it.

We had a routine structure fire the other day. It was pretty small, contained to the grill and exhaust system at a local restaurant. Lots of grease built up in the hood, air filters, and exhaust fans. The workers activated the class K system prior to our arrival, but there was so much… Continue

There are few things experienced in this job that leaves more of an impact on you than losing a pt. I've lost probably just as many as any other medic out there. You can lose a pt to anything, heart disease, cancer, COPD, sub-dural bleeds, respiratory arrest... well, you get the picture. When you lose a pt to trauma, however, it changes you. Every one you experience changes you. You learn that human beings can die in some of the most horrific ways imaginable. After today, I can tell you I have… Continue

I went into Station 1 today with strict orders from my wife, if there is a vacation spot open, take it. When I got to work, I shaved, ate breakfast, and listened to what the off going crew had done during the shift. A car accident, a fire alarm, and an unknown type of alarm going off at a local fast food establishment within 5 min of one another. Fire trucks were scrambling all over the city at 2 am. When they got to the fast food restaurant, a loud alarm was emitting from the dish washing… Continue

First Day of my new Blog

I am committed to the fields of Emergency Medicine and Firefighting. I enjoy learning about the field, and in turn educating those in the career field about new technology, or techniques. And I also enjoy teaching the basics. I feel the best way to enrich EMS and Firefighting is to educate those who want to learn, to give the newest among us a solid base for them to expand on for the next 20 or so years. Our experience is leaving. I see it here, and I hear of it all over the country. Someone I… Continue

The Guys At The Station Wrote This For My Boyfriend Lol.

We are very dedicated to our work. We wear firefighter shirts everyday, even when we're not on duty. The fire department is our second home, and our second family. It often seems as if our lives revolve around the fire department, but it means nothing compared to our girl Christian. We are normally friendly people, but if you hurt our girl you will make us mad. We know our girl is growing up, even if we don't like it. She seems to like you so we'll tolerate you dating her, but here's a few… Continue

Saludos, anyone working rescue & extrication with the 10 ton porto-power kit.

The United States Fire Administration (USFA) has received notice of the following firefighter fatality in OH.

It is with deep regret that I post the following USFA official line of duty death announcement of fellow brother Firefighter Leo Powell. Our sincerest condolences go out to the family and the members of the Morgan Township VFD.

“True Colors” Brother and Sisterhood in the Toledo Fire Department

Last week, the members of the Toledo Fire Department were faced with a very difficult decision. Along with the decisions they made at fires and on EMS runs which affect life and death and the preservation of property, they had to decide on the shape of the Brother and Sisterhood of the department. The question: “Let 125 young firefighters get laid off and for the remaining brothers and sisters with seniority, keep their well deserved pay-raises, pension pick-ups and reduced healthcare costs OR… Continue

It has taken a bit of time and a lot of weeding out of the dreaded spammers, but we have finally reached 7000 members here at Fire Engineering Community!

What a great place and people that are here to learn and share with fellow brothers and sisters of the fire service! This means that we are still growing and we want more of us to be on here to share and learn even more. That being said, here is your assignment: go out and spread the word and let every… Continue

THE FIGHT IS NOT OVER! 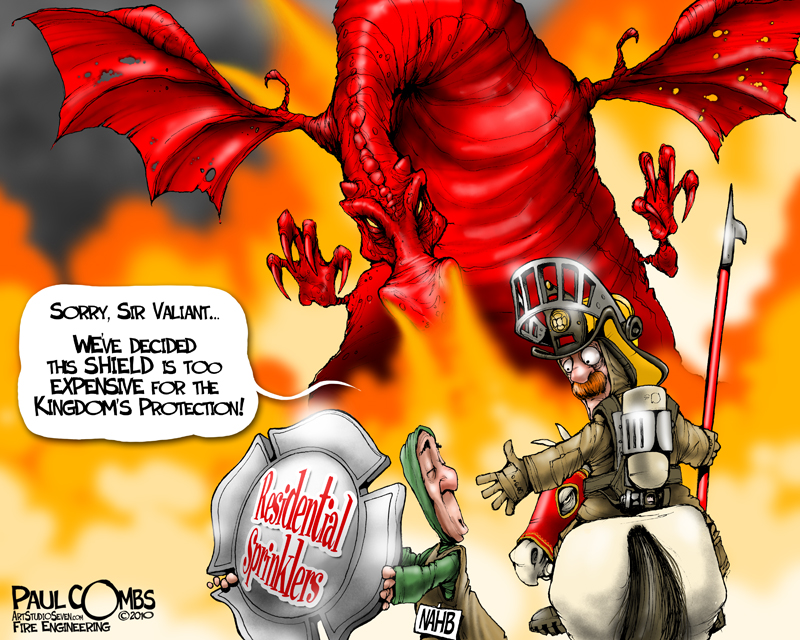 On the eve of next month’s ICC Code hearing in Dallas, it seemed only appropriate to opine about our continuing fight for residential sprinklers in ALL new homes. The National Assoc. of Home Builders (NAHB) has been working hard to undermine the ICC’s earlier ruling (BIG money talks, folks) and we must show up in force to reaffirm our hard earned success in Minneapolis and Baltimore. If you are not familiar with this very important issue, please… Continue

I've got a question.

Do You know this book? Is it worth buying? I would like to find out something about firefighting in US (basics, your tactics etc.). I am a firefighter from Poland (Station Officer). I need such books to improve my Unit (something interesting, new, good). Could You give me advice, is it good lecture? It's quite expensive for me so I would like to do good purchace.