Every now and then it's absolutely appropriate to use this space as a bully pulpit. And today I fully intend to do that. This Thursday the American Fire Service suffered an incredible tragedy. It is such a significant tragedy because it is a values-based tragedy. St. Louis firefighter Leonard Riggins 52 years old, was shot and killed while trying to do what he had spent his entire adult life doing, helping others. Firefighter Riggins stopped to lend aid to a motorist whom he thought had been involved in an accident. Little did Leonard know that he was approaching a desperate man with a gun who had just carjacked a car. 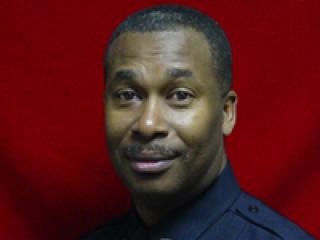 Firefighter Riggins for the last 14 years had risked his life every day for the citizens of St. Louis he leaves behind a beautiful wife and children and they will miss him every day. The death of firefighter Riggins exemplifies what the American Fire Service truly stands for, service to others above all else. Knowing that her husband and knowing that their father lost his life because he was a man of values and integrity will always be the memory which will comfort the Riggins family.


I thought it was odd that someone once asked me how to win firefighters support, they wanted to know what were firefighters primary issues. Firefighters men and women like Leonard Riggins can not be won over by discussing issues or making promises, we are all brothers and sisters of Leonard Riggins, a man not of issues but a man of values. A man of ideals, a man of honor and integrity a public servant who the final moments of his life was thinking not of himself but only of helping a fellow citizen of St. Louis. And Leonard stopped to help that night not because he was employed by St. Louis and not because he was a fireman, he did because that was the kind of life he lived.


I would like to express my deepest sympathies to his family and friends, to his brothers and sisters of the St. Louis Fire Department and to the citizens of St. Louis. They have lost a man who is irreplaceable; they have lost the best of the best and the bravest of the brave. May God's angels lift him up and carry him safely home.


Leonard's funeral arrangements:
The Wake to remember FF Leonard Riggins will be:
Wed, Nov 12 from 4pm-8pm at Harris Stowe College
The Funeral will be Thurs, Nov 13th at 11am, also at Harris Stowe College.
Out of town guest can get rooms at a discounted rate at the Luminere Casino Hotel for $99/night, they have 35 rooms reserved under "St Louis Fire Dept"... The Hyatt Regency has 10 rooms reserved for $29/night, also under the St Louis Fire Dept name.
Please keep him and his family in your thoughts and prayers this weekend. For more coverage of this tragety click here.