It is in great sadness, that we as a Brotherhood, post the 75th Line Of Duty Death for 2016 from the United States Fire Administration. Fellow Brother Firefighter & Fire Chief Michael Payne has made the ultimate sacrifice in love for their fellow man. Our sincerest condolences go out to his family, friends and our Brothers & Sisters with the Brookston Prairie Township Fire Department. 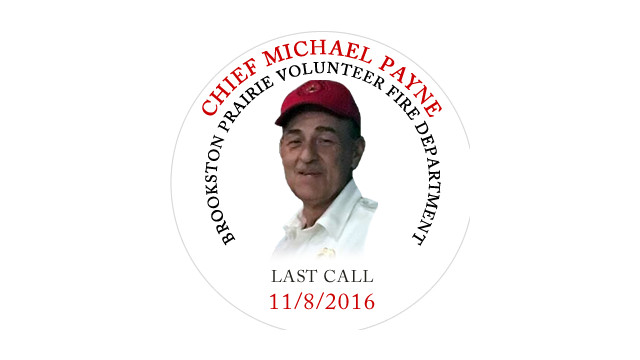 
Chief Michael Payne and members of his department responded to a truck fire on Interstate-65 north of Lafayette, IN, just before midnight on 11/07/2016. After the fire was extinguished, Chief Payne fell ill and collapsed. Lifesaving efforts were initiated and Chief Payne was transported to Indiana University Hospital (Lafayette) where those efforts continued until he passed away at approximately 0145hrs on 11/08/2016.


Tribute is being paid to Fire Chief Michael Payne at http://apps.usfa.fema.gov/firefighter-fatalities/