It is in great sadness, that we as a Brotherhood, post the 53rd Line Of Duty Death for 2016 from the United States Fire Administration. Fellow Brother Firefighter & Wildland Engine Operator Ian Howard has made the ultimate sacrifice in love for their fellow man. Our sincerest condolences go out to his family, friends and our Brothers & Sisters with the USFS Plumas National Forest - Beckwourth Ranger District. 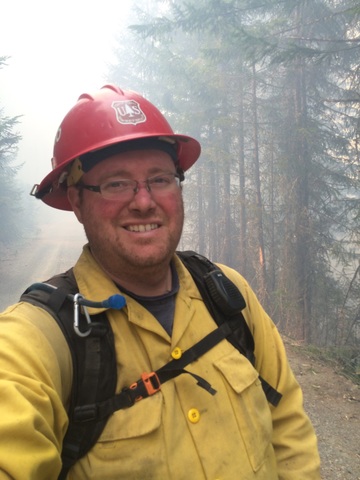 
Incident Description: Engine Operator Ian Howard was assigned to Engine 16 from the Beckwourth Ranger District of the Plumas National Forest and prepositioned for firefighting at the Paskenta Work Center on the Mendocino National Forest. Howard was stationed overnight in Corning, California, where he was found in the morning deceased from a nature and cause of fatal injury are still to be reported.


Tribute is being paid to Engine Operator Ian Howard at http://apps.usfa.fema.gov/firefighter-fatalities/