It is in great sadness, that we as a Brotherhood, post the 46th Line Of Duty Death for 2016 from the United States Fire Administration. Fellow Brother Firefighter Gabriel Garnet Lee has made the ultimate sacrifice in love for their fellow man. Our sincerest condolences go out to his family, friends and our Brothers & Sisters with the Philadelphia Fire Department. 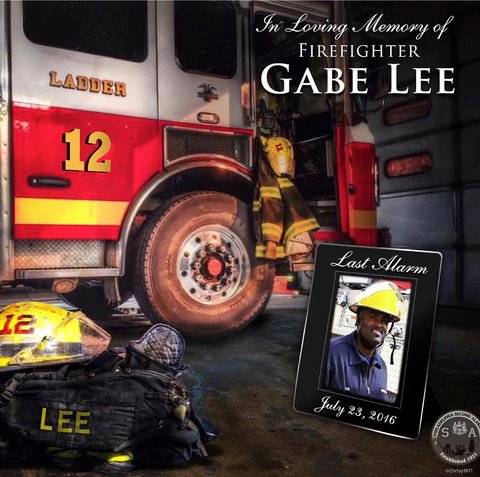 
Incident Description: Firefighter Lee was found unresponsive in the gym of the firehouse several hours after responding to a fire call. Lee was treated by fellow responders then taken to Temple University Hospital where he was pronounced dead. The nature of fatal injury is still to be determined.

Tribute is being paid to Firefighter Gabriel Garnet Lee at http://apps.usfa.fema.gov/firefighter-fatalities/