It is in great sadness, that we as a Brotherhood, post the 38th Line Of Duty Death for 2016 from the United States Fire Administration. Fellow Brother Firefighter & Chief Engineer Richard N. Zadorozny has made the ultimate sacrifice in love for their fellow man. Our sincerest condolences go out to his family, friends and our Brothers & Sisters with the Eatontown Engine, Truck, and Hose Co. #1. 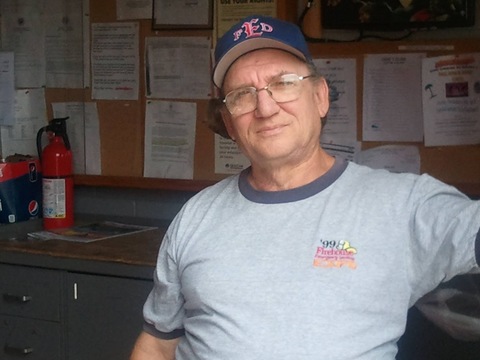 
Incident Description: Along with his fire department, Chief Engineer Zadorozny was dispatched for an odor of natural gas at a local apartment complex. Operating the first responding apparatus, Zadorozny and his crew arrived on scene to investigate the incident. The odor was eventually unfounded and the apparatus returned to quarters.

Chief Engineer Zadorozny returned to his home for the evening and, a few hours later, suffered a medical event (likely cardiac). EMS responded to Zadorozny's home, but were unable to revive him. Zadorozny was pronounced dead a short time later.