It is in great sadness, that we as a Brotherhood, post the 27th Line Of Duty Death for 2016 from the United States Fire Administration. Fellow Brother Firefighter Prentice "Jay" Tyndall has made the ultimate sacrifice in love for their fellow man. Our sincerest condolences go out to his family, friends and our Brothers & Sisters with the Hugo Volunteer Fire & Rescue Department. 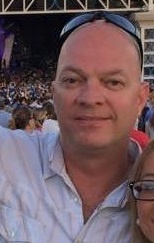 
Incident Description: On May 8, 2016, at approximately 2200hrs, Hugo Fire Department was dispatched on a mutual aid fire call with the North Lenoir Fire Department. Firefighter Tyndall responded to the station and was driving an engine and enroute when the call was canceled. Near noon of the following day, Firefighter Tyndall called his wife advising her that he was having severe head pain. Tyndall got out of his car and went into the business he was visiting and asked them to call 911. He was transported to Wayne Memorial Hospital. While at the hospital, a CT was performed and a brain bleed was discovered. Shortly after this was found, he was flown to Vidant Medical in Greenville, NC. While at Greenville, a procedure was done to relieve pressure on his brain. He was then flown to Duke University Durham for further treatment. At Duke, surgery was performed in attempt to stop the brain bleed, but despite all efforts, Firefighter Tyndall succumbed to his injury on May 12, 2016.

Tribute is being paid to Firefighter Prentice “Jay” Tyndall at http://apps.usfa.fema.gov/firefighter-fatalities/