It is in great sadness, that we as a Brotherhood, post the 21st Line Of Duty Death for 2016 from the United States Fire Administration. Fellow Brother Firefighter & Lieutenant Rodney Eddins has made the ultimate sacrifice in love for their fellow man. Our sincerest condolences go out to his family, friends and our Brothers & Sisters with the Memphis Fire Department. 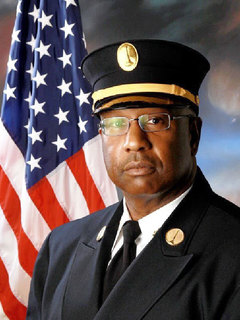 
Incident Description: While operating at the scene of a residential structure fire, Lieutenant Eddins collapsed from a nature of fatal injury still to be determined. Fellow firefighters removed Lieutenant Eddins from the structure and rushed him to Methodist South Hospital in critical condition where he succumbed to his injury. Fire crews determined the blaze started from a malfunctioning portable fan in the bedroom. There was not a working smoke alarm in the house, but two adults and four children at the home were uninjured.


Tribute is being paid to Lieutenant Rodney Eddins at http://apps.usfa.fema.gov/firefighter-fatalities/