It is in great sadness, that we as a Brotherhood, post the 15th Line Of Duty Death for 2016 from the United States Fire Administration. Fellow Brother Firefighter II Christopher Gene Ray has made the ultimate sacrifice in love for their fellow man. Our sincerest condolences go out to his family, friends and our Brothers & Sisters with the Conway Fire Rescue. 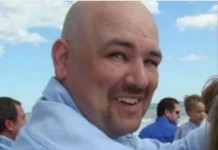 
Incident Description: Firefighter II Ray was operating on the scene of a working residential structure fire when he was struck and killed by a fire engine. According to a preliminary description of the incident from the South Carolina Highway Patrol, Ray was riding on a Conway fire engine when he fell off and was struck as the fire truck reversed over him. The incident remains under investigation by local and state authorities.


Tribute is being paid to Firefighter II Christopher Gene Ray at http://apps.usfa.fema.gov/firefighter-fatalities/