It is in great sadness, that we as a Brotherhood, post the 12th Line Of Duty Death for 2016 from the United States Fire Administration. Fellow Sister Inmate Firefighter Shawna Lynn Jones has made the ultimate sacrifice in love for their fellow man. Our sincerest condolences go out to her family, friends, Inmates and our Brothers & Sisters with CAL FIRE. 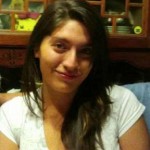 
Incident Description: Inmate Firefighter Jones was working as part of a hand crew in a steep ravine on a fire in Agoura Hills-Malibu, California, when a large rock fell about 100 feet from the hillside above and struck her in the head. Firefighter Jones was treated immediately on scene by her fellow firefighters and quickly hoisted into a Los Angeles County Fire Department helicopter then airlifted to UCLA Medical Center where she succumbed to her injuries the following day. Thanks to firefighters on the ground combined with air attacks, the fire was brought under control and no structures were lost. Investigation into the cause of the fire continues by local and state authorities.


Tribute is being paid to Inmate Firefighter Shawna Lynn Jones at http://apps.usfa.fema.gov/firefighter-fatalities/