It is in great sadness, that we as a Brotherhood, post the 4th Line Of Duty Death for 2016 from the United States Fire Administration. Fellow Brother Firefighter & Deputy Chief Clarence "Speed" Hartbank has made the ultimate sacrifice in love for their fellow man. Our sincerest condolences go out to his family, friends and our Brothers & Sisters with the Fremont County Fire District. 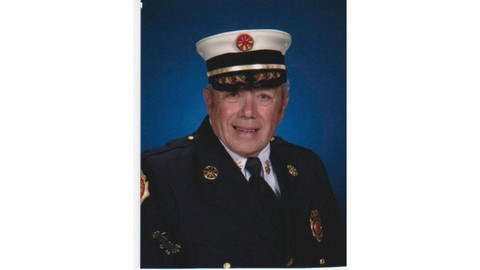 
Incident Description: On September 10, 2015, Deputy Chief Clarence "Speed" Hartbank fell approximately 15 feet through the ceiling of a bunker while fighting a grass and structure fire in rural Fremont County, near Lander, Wyoming. Hartbank suffered second- and third-degree burns over 38 percent of his body, seven broken ribs and a punctured lung. Hartbank was flown to Swedish Medical Center in Colorado and went through numerous surgeries in the months since the incident. On January 13, 2016, Hartbank passed away at the Swedish Medical Center from the injuries he sustained.


Tribute is being paid to Deputy Chief Clarence "Speed" Hartbank at http://apps.usfa.fema.gov/firefighter-fatalities/