It is in great sadness, that we as a Brotherhood, post the 54th, 55th and 56th Line Of Duty Deaths for 2015 from the United States Fire Administration. Fellow Brother Wildland Firefighters Richard Wheeler, Andrew Zajac and Tom Zbyszewski have made the ultimate sacrifice in love for their fellow man. Our sincerest condolences go out to their families, friends and our Brothers & Sisters with the Okanogan-Wenatchee National Forest. 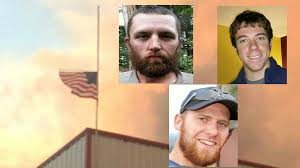 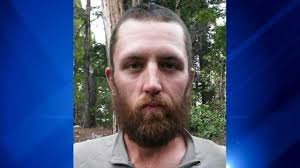 
Incident Description: Firefighter Wheeler, Firefighter Zajac, and Firefighter Zbyszewski were killed and one additional firefighter was injured when the Twisp wildfire trapped them in their apparatus on state forest land. The firefighters, members of an engine crew from the Okanogan-Wenatchee National Forest, were involved in initial attack operations on the fire near Woods Canyon and Twisp River Roads in Washington State when their vehicle crashed and fire overtook it after winds suddenly shifted. The injured firefighter remains in the hospital in critical condition. Several other firefighters with dozer crews were also reported to have been injured. Investigation into the fatal incident continues.