The rallying cry "Millions for Defense, Not One Cent for Tribute"  was first attributed to Robert Goodloe Harper a proud Federalist in response to the French attacks on American ships. It was latter made famous by Thomas Jefferson after America's first brush with Islamic terrorists known as Barbary Pirates.

Here today we look back at this history and ponder, why we are cowering? It is critical to realize that history is not just dates and dead men. It is lessons from the past that we should study and embrace. America is not to be bribed and our fellow citizens should not be deprived of our liberties because threats from a foreign power. As firefighters we are sworn to defend the Constitution, at the very lest we should know what is in it. The First Amendment grants us natural and inalienable rights. Rights so precious that the framers listed it first. The freedom of expression, the right to think and speak freely. Jefferson viewed the Constitution as one of the greatest achievements of human progress.

The First Amendment to the Bill of Right Reads:

"Congress shall make no law respecting an establishment of religion, or prohibiting the free exercise thereof; or abridging the freedom of speech, or of the press; or the right of the people peaceably to assemble, and to petition the Government for a redress of grievances." Our history is dictates that we will stand together against threats foreign and domestic.

This attack on Sony is an attack on our way of life. If America backs down or only offers a measured response, what message are we sending? This film needs to be released here and distributed in North Korea. It is common place in South Korea to smuggle contraband over the 38th parallel sometimes by the use of balloons. While the internet is illegal for most uses DVD players are prevalent in homes of many North Koreans. We need to shut down their communication systems. A stern message must be sent.

While I am usually against government intervention in free market issues. There is a distinction that can't be ignored. This is an attack and intimidation from abroad. The President said today that he wished Sony reached out to him. This is an absurd statement. There is not a company or individual in this nation that would not take a call from the President when it pertains to national security. Our nation and President should work with Sony on releasing the film.

The media continues to make this mainly about a film. What the focus should be on is ensuring that this wake up call is not ignored. If Sony can be hacked, how do we minimize the chance of critical infrastructure that we rely on being attacked? 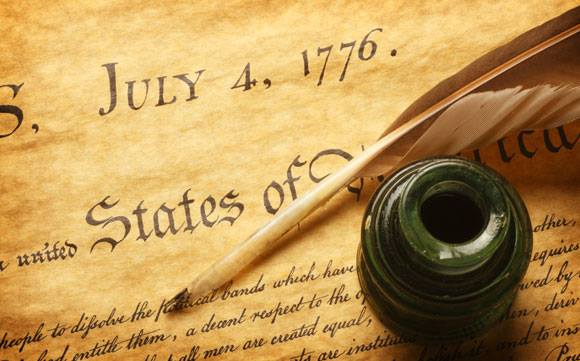 For more on the Constitution and the 2nd Amendment   http://fw.to/ijh1zRK

Frank Ricci appeared in the PBS four-part series on the U.S. Constitution. He is the Co-host of the radio show "Politics & Tactics". He has lectured at the Reagan Library on Civil Rights and the U.S. Constitution. Drillmaster Ricci is a contributing author to the Firefighters Handbook I & II (PennWell 2008.) He is a FDIC instructor and lecturer and has won a landmark case before the US Supreme Court. Frank has testified before Congress and has been a lead consultant for Yale on several studies. Frank works in New Haven, Connecticut, and has worked on a heavy rescue unit covering Bethesda and Chevy Chase and was a "student live-in" at station 31 in Rockville, Maryland. Is the lead author of Fire Engineering's Tactical Perspective Series: Command, Search, Ventilation, Fire Attack and Mayday.