It is in great sadness, that we as a Brotherhood, post the 63rd Line Of Duty Death for 2014 from the United States Fire Administration. Fellow Brother Firefighter & Captain Anthony “Tony” Lynn Grider has made the ultimate sacrifice in love for their fellow man. Our sincerest condolences go out to his family, friends and our Brothers & Sisters with the Campbellsville Fire-Rescue Department. 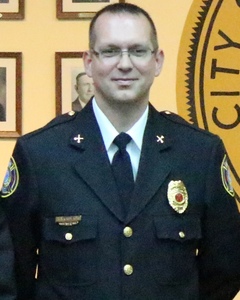 Incident Description: Captain Grider succumbed to injuries sustained 30 days earlier when he received a high-voltage electric shock during an "ALS ice water challenge" at Campbellsville University. Grider and a second firefighter, who has since been released from the hospital and is recovering from his injuries, were both injured in the bucket of an aerial ladder truck when, according to reports, energy from a nearby power line arced to the bucket.