It is in great sadness, that we as a Brotherhood, post the 58th Line Of Duty Death for 2014 from the United States Fire Administration. Fellow Brother Firefighter & Fire Chief Dave "Chief 5" Anderson has made the ultimate sacrifice in love for their fellow man. Our sincerest condolences go out to his family, friends and our Brothers & Sisters with the Fort Shaw Fire Department. 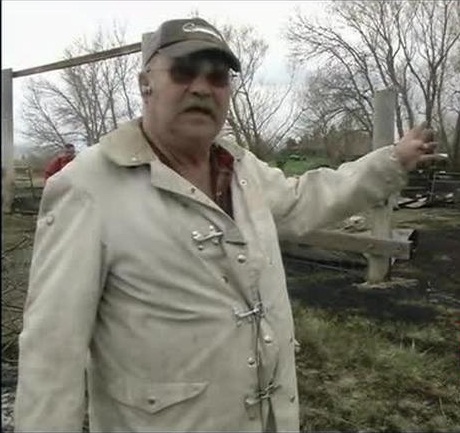 Incident Description: Several weeks after being injured in a collision between two Fort Shaw fire trucks responding to a grass fire near Vaughn, Montana, Fire Chief Anderson passed away in Peace Hospice of Great Falls. According to media reports, Montana Highway Patrol said the driver of the other truck, a brush truck, missed a turnoff en route to the fire and was making a U-turn when Anderson crashed into him. The water tender (tanker) truck driven by Anderson tipped on its side and Anderson had to be extricated from the wreck. He was then transported to the hospital by ambulance. Anderson was later transferred to a Billings rehabilitation facility that specializes in traumatic brain injury, and then transferred to Peace Hospice. The driver of the second vehicle involved in the accident was not injured.

Tribute is being paid to Fire Chief Dave "Chief 5" Anderson at http://apps.usfa.fema.gov/firefighter-fatalities/