It is in great sadness, that we as a Brotherhood, post the 54th Line Of Duty Death for 2014 from the United States Fire Administration. Fellow Brother Firefighter & Assistant Fire Chief Jamie Middlebrook has made the ultimate sacrifice in love for their fellow man. Our sincerest condolences go out to his family, friends and our Brothers & Sisters with the New Carlisle Fire Department. 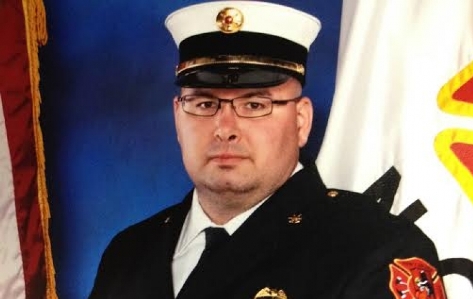 
Incident Description: Assistant Fire Chief Middlebrook died from injuries sustained when the roof of a burning commercial storage building collapsed on him and another firefighter. According to reports, the other firefighter sustained a broken ankle and minor burns. Investigation into the cause of the fire remains under investigation by the State of Indiana Fire Marshal’s office.


Tribute is being paid to Assistant Fire Chief Jamie Middlebrook at http://apps.usfa.fema.gov/firefighter-fatalities/