It is in great sadness, that we as a Brotherhood, post the 53rd Line Of Duty Death for 2014 from the United States Fire Administration. Fellow Brother Firefighter & Fire Chief Billy Glen Norris, Sr. has made the ultimate sacrifice in love for their fellow man. Our sincerest condolences go out to his family, friends and our Brothers & Sisters with the Lecompte Volunteer Fire Department. 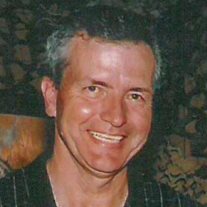 Incident Description: Fire Chief Norris responded to a medical emergency response call with members of his fire department in the early morning hours of July 21st. Upon completion of the run, Norris complained to fellow firefighters of not feeling well with some pain in one of his shoulders and then left the station for home. A short time later Chief Norris suffered a heart attack and was transported to Christus St. Frances Cabrini Hospital in Alexandria where he succumbed to his injury.

Tribute is being paid to Fire Chief Billy Glen Norris, Sr., at http://apps.usfa.fema.gov/firefighter-fatalities/