It is in great sadness, that we as a Brotherhood, post the 41st Line Of Duty Death for 2014 from the United States Fire Administration. Fellow Brother Firefighter & Battalion Chief John McDonald has made the ultimate sacrifice in love for their fellow man. Our sincerest condolences go out to his family, friends and our Brothers & Sisters with the Joint Base Anacostia-Bolling (JBAB) Naval District Washington (NDW) Fire and Emergency Services Central Battalion. 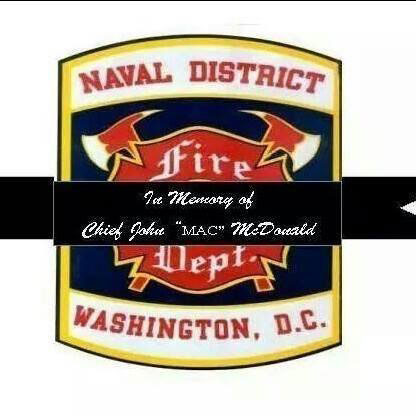 Incident Description: Battalion Chief McDonald passed away from a nature of injury still to be reported while on-duty at Joint Base Anacostia-Bolling. A memorial service with full fire department honors is being planned for McDonald on Thursday, June 5th. Battalion Chief McDonald was a Navy veteran and also a life-long volunteer firefighter and former fire chief with the Stafford County Fire Department, Virginia.

Tribute is being paid to Battalion Chief John “Mac” McDonald at http://apps.usfa.fema.gov/firefighter-fatalities/