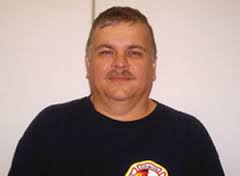 
Incident Description: While working to establish a water supply at the scene of a vacant residential building fire, Fire Chief Ferguson collapsed from an apparent heart attack. Fellow responders immediately rendered assistance to Ferguson and transported him by Life Flight to the Memorial Hermann Hospital where he succumbed to his injury.


Tribute is being paid to Fire Chief Hugh Ferguson at http://apps.usfa.fema.gov/firefighter-fatalities/