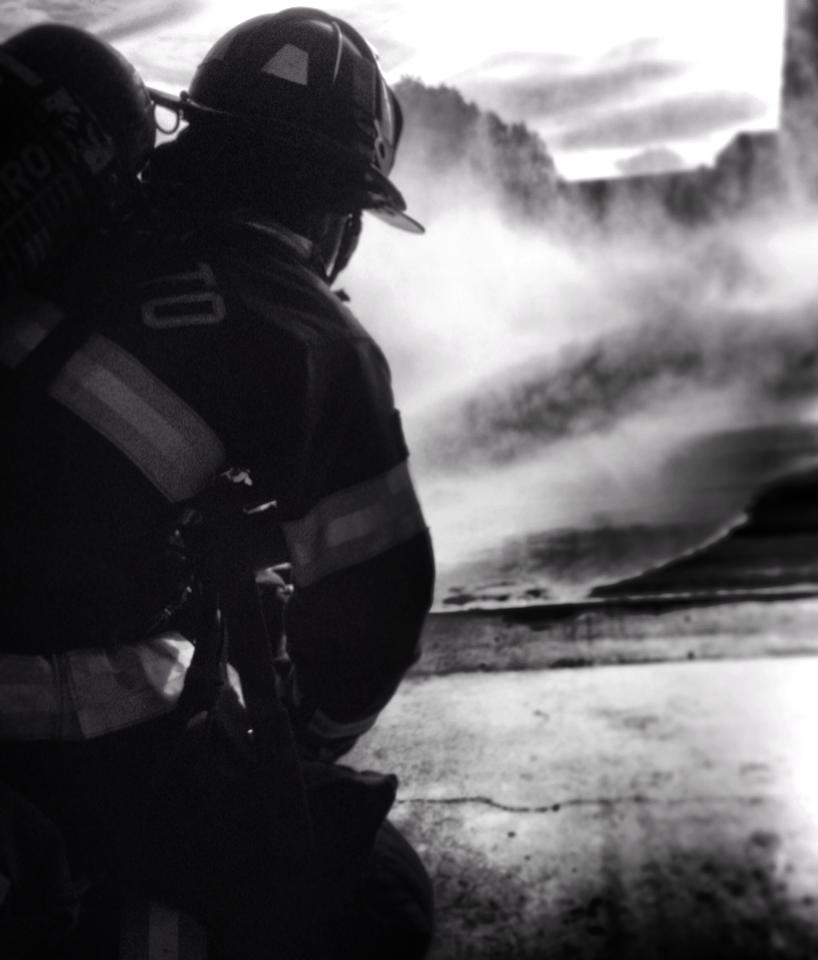 As I push forward to be the best firefighter I can be, I spend a lot of time reading articles and blogs about tactics and fire science.  I watch videos and listen to podcasts.  I talk to men and women who have been in the fire service for decades, trying to tap into their knowledge.  I find myself overwhelmed by the amount of information out there.  We are in a time where there are many very talented people willing to share their knowledge.  I consider myself blessed to be a student of the game when information is so easily accessible.

From someone on the outside of the tactical discussions to those willing to share their experience, thank you for your dedication to the fire service.  Thank you for sharing your opinion and for letting me learn from you.  But, as someone from the outside, please stop tearing each other down – because you’re tearing the fire service apart.

With all of these opinions comes disagreement, which is to be expected.  This many smart people cannot agree on everything.  Instead of people sharing their knowledge, it seems many have turned to spending their time bashing each other.  More and more the articles and social media posts are focused on how “they” don’t know what they’re talking about.  “They” are never defined, just described as people who are out to make a name for themselves, not motivated to advance the fire service.
I see that same comment repeated on both sides of the tactical discussions.

It’s starting to look like the political ring, where the left and right disagree without even listening to the logic; and those in the middle are considered flip-floppers, agreeing with whoever is louder - criticized for not taking a stand.  Think about how you view politicians; it’s not favorable I’m sure.  Apply that to how people are starting to view those in the fire service, standing poised with their boxing gloves on, fighting each other.

Let’s start where everyone can agree, the overall goals of the fire service: firefighter safety, citizen safety and property conservation.  These core values were drilled in during academy classes, and I haven’t met a firefighter in my career that doesn’t believe in all three.

No matter what side of the fence we land on tactically, our first priority is saving lives. The focus must be on lowering the number of LODDs and reducing civilian fatalities. There can be no argument there. We all want to go home, and none of us want to lose our brothers and sisters. Yes, we joined the fire service to put out fires, but lives come first – especially our own and those of our ‘family.’  A loss is felt far and wide when we see a little boy clutching his father’s helmet at a funeral – because it touches us.  It rocks us to the core. If you have children, you think ‘that could be my kid.’  We will put ourselves in danger for our citizens.  We “risk a lot to save a lot” without question.  As much as we like ‘slaying the dragon,' we hate losing to it; losing our citizens to the terrible effects of smoke and fire.   Anyone who has been on the scene at a fatal fire, or even had one in their community, knows exactly what I’m talking about.  It’s something you carry with you, forever.  That doubt and frustration – what could we have done differently, how could we have saved him?

We also want to reduce the amount of property damage by putting the fires out as quickly and efficiently as possible.  No matter how you view the 'new' tactics: “flow paths," “door control," “hit it from the outside” and “positive pressure attack;” our fundamental goals are the same. We want to employ the best tactics so we can safely carryout our tasks, to put the fire out and save lives.

As much as we talk about how the fire service is resistant to change, it isn’t.  Throughout the history of the fire service, commanders and companies have been experimenting with different tactics to get the job done.  Sometimes it starts out with a rash decision, maybe even a flawed decision that turns out to work.  Then it’s employed again, and hey, guess what, it works again.  Then it turns into standard operating procedure.  Sometimes it is born out of research and study.  It doesn’t make either side wrong.

The focus has changed from sharing knowledge to disparaging others.  It has become about who is right and who is wrong, and about accusing people of making a name for themselves.  Each side is quick to say, “That won’t work in every fire.” You know what?  It won’t.  Nothing does.  We need to stop looking to prove each other wrong.  We’re splitting our forces.  We’re playing a game of divide and conquer, only we’re focused on the divide rather than the conquer.  We need to band together and find common ground.  The people like me, who are just trying to figure it out, are getting confused, alienated and lost in the shuffle.  If the fire service can talk about what these tactics have in common, we can unite and educate more people.  If we acknowledge that every tactic doesn’t work in every fire, but that they should all be considered and understood, as ‘tools’ to be used in the right conditions, we will advance as a fire service.  We will become a stronger, smarter service of professionals who will be looked at as intelligent, sound decision makers.

Look for the common ground.  We have the same goals.  We know that every tactic doesn’t work in every environment.  So many variables exist from fire to fire – building construction, fuel load, exposures, staffing, apparatus, tools and equipment, experience, knowledge of different options…  the list goes on and on.  Study what “they” are saying and see how it applies to what you are doing.  If it overlaps, try it.  Instead of jumping on social media or crafting a blog to say why “they” are wrong, take that time and energy to learn more about how these differing tactics can have the same overall results.  You may just learn something by understanding why you disagree instead of just disagreeing and discounting each other’s credibility and approaches.  We are all brothers, fighting the same fight.  Let’s stop fighting with each other.

Nicely said!!  I also think that we learn something from everyone in the fire service as we progress through our careers.  And the idea that one idea works for everything everywhere is not productive, and leads to tunnel vision.  I work very hard not to do this and have had the statement "Just because I wouldn't do it that way, does not make it wrong" on my FE page bio for years as a subtle reminder to myself.

Great post, This is the history of our brotherhood. We tend to be a proud bunch and believe the way we do things is better than others. It is important to be reminded that each of us has a responsibility to be roll models those who are watching and listening for the purpose of learning. During my 40 plus years of applying this craft I have learned a great deal but the most important lesson I take away every day is to remain open minded.