It is in great sadness, that we as a Brotherhood, post the 9th Line Of Duty Death for 2014 from the United States Fire Administration. Fellow Brother Firefighter & EMT Michael Dale Garrett has made the ultimate sacrifice in love for their fellow man. Our sincerest condolences go out to his family, friends and our Brothers & Sisters with the Nutter Fort Fire Department. 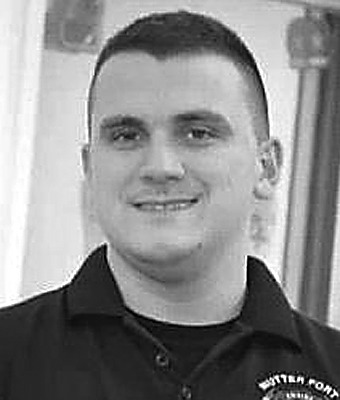 Incident Description: On February 1, 2014, the Nutter Fort Fire Department responded to a rescue incident involving multiple patients due to a reported cell phone tower collapse on Murphy’s Run in Summit Park, WV. While rescuing a victim, Firefighter/EMT-I Garrett was severely injured during a secondary collapse. Firefighter Garrett was then transported to United Hospital Center where he succumbed to his injuries. Two members of the repair crew were killed in the initial tower collapse and two were injured. Investigation into the fatal incident continues by authorities.

Tribute is being paid to Firefighter/EMT-I Michael Dale Garrett at http://apps.usfa.fema.gov/firefighter-fatalities/