It is in great sadness, that we as a Brotherhood, post the 5th & 6th Line Of Duty Deaths for 2014 from the United States Fire Administration. Fellow Brother Firefighters Stephen Machcinski & James Dickman have made the ultimate sacrifice in love for their fellow man. Our sincerest condolences go out to their families and friends and our Brothers & Sisters with the Toledo Fire & Rescue Department. 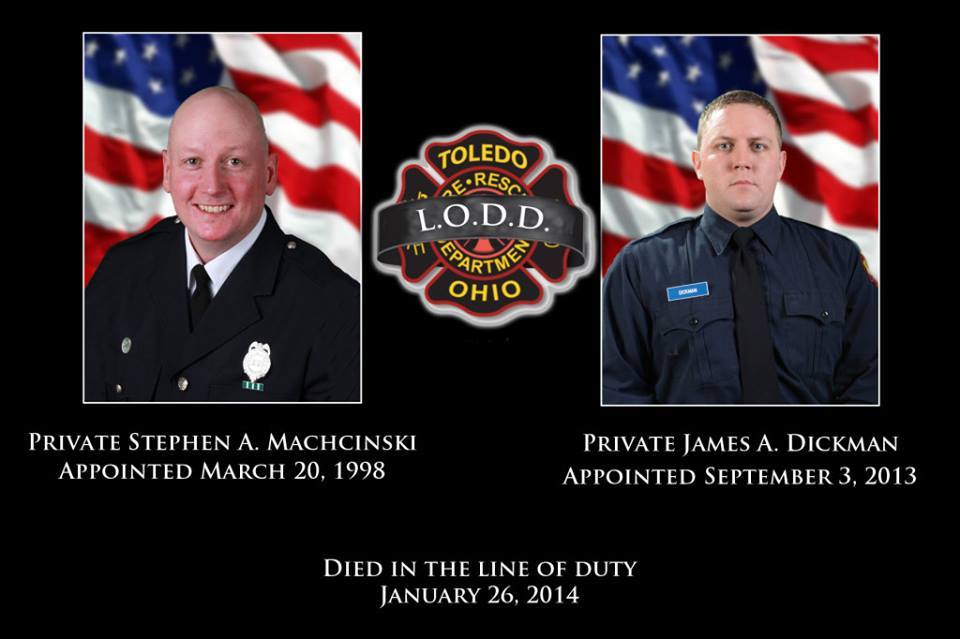 Incident Description: Toledo fire crews were dispatched to a two story apartment building fire with people inside. Shortly after arriving on scene, Firefighters Machcinski and Dickman were searching inside of the building for occupants when they signaled a Mayday. Other crews immediately began RIT operations and, within several minutes, rescued the two trapped firefighters who were both reported to be in cardiac arrest. Firefighters Machchinski and Dickman were treated and transported to the hospital where they both succumbed to their injuries. The cause of the fatal fire remains under investigation by local authorities.

Tribute is being paid to Firefighter Stephen A. Machcinski and Firefighter James A. Dickman at http://apps.usfa.fema.gov/firefighter-fatalities/

Updated with picture of our Fallen Brothers.